Should we continue allowing them into the U.S., or stop the program altogether?

(Editor’s Note: This is a point / counterpoint article by Ken Meyers and Dan McDonald.) 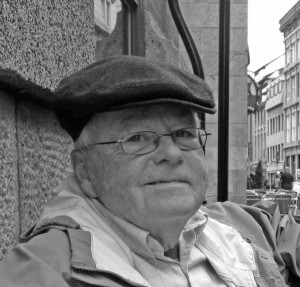 Two events are on a collision course. One is the refugee crisis produced by the horrific war in Syria. Second are the actions of a terrorist organization, the Islamic State of Iraq and Syria (ISIS). What is the best response to these events and the fear of a terrorist attack?

The Syrian war has produced 4.3 million refugees. Half are children. They are fleeing because of violence, collapse of essential services and parent’s concerns for safety of their children. What do you do with 4.3 million people? No one area or region can be expected to handle this many people. This is not a regional problem but a world problem. It is America’s core belief to help. The Statue of Liberty, a gift from France, is dedicated to acceptance of refugees, ”Give me you tired, your poor, your huddled masses yearning to breathe free.” Since 2011, the United States has admitted 1,500 Syrian refugees. President Obama announced 10,000 more Syrians would be allowed to enter next year.

ISIS, a brutal terrorist organization, has committed horrific acts of violence. The images of what they have done are hard to erase from your mind. The United States, along with 60 other countries, is dedicated to fight ISIS until it is destroyed. ISIS uses violence to induce terror, or an intense, sharp fear. On Nov. 13, ISIS killed 130 people in France. Last week, an assault weapon terrorist attack in San Bernardino left 14 dead. These attacks provoke images of past terrorist attacks, such as those in Boston and New York. These attacks are upsetting and induce fear.

Fear is one of our most powerful basic emotions. It often overwhelms rational thought. As Justice Brandeis wrote: “Men feared witches and burnt women.” There is fear that terrorists will slip into America, along with the Syrian refugees, and that a terrorist attack could happen here. Idaho’s Governor and recently, the Bonner County Commissioners, with our Sheriff’s support, decided to oppose Syrian refugee resettlement. This appears to be a decision made out of fear and anger rather than one guided by reason. When decisions on Syrian resettlement are guided by fear rather than rational thought, terrorists win and we loose. When terrorists win, the chance of more terrorist activities increases and we are less safe.

It is highly improbable that the Syrian refugees admitted into America are going to perform acts of terror. They are mostly children and old men and women. They have gone through an 18- to 24-month rigorous vetting process. Only about 10 percent of U.N.-referred Syrian refugees have been admitted to the U.S. The terrorists that participated in recent acts are not Syrian refugees.

America is a country of immigrants, many of them refugees from wars and religious persecution. We have made mistakes in the past. We interned Japanese American families during World War II. The sons of these families fought with honor against Germany. That stain on our history was driven by unreasonable fear and must not be repeated.

There is no legally justifiable basis for our elected officials to pass a resolution to halt refugee resettlement. If the reactionary commissioners’ decision to oppose refugee resettlement is to send a message, it is a message with serious consequences. The message sent is one of hate and intolerance. It re-enforces the lingering negative image that North Idaho acquired when the Aryan Nation was present. What the commissioners did could have serious economic ramifications. It will harm the tourist industry and impact newly developing industries’ ability to attract a skilled workforce. Opposing Syrian resettlement will not make Bonner County safer. It does not make us a better place. It does make us seem unwelcoming and narrow-minded. 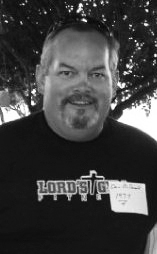 This subject is surrounded by emotions on both sides, so let’s deal with some facts first. According the United Nations High Commissioner for Refugees (UNHCR) there are approximately 59.5 million refugees in the world today including those from Syria. This begs the question, why are we focused only on Syrian refugees?

The directors of our top security agencies including the FBI, etc. recently testified that there is no way to properly vet refugees from Syria as there is no database or anyone in Syria who can provide information about these people or their past behavior. And let’s keep in mind, the recent terror attack in San Bernardino involved a Pakistani woman who was vetted by the State Department. We now we know she lied on her application. This raises the question, if the State Department felt they properly vetted her only now to find out they hadn’t, do we feel comfortable with the Syria vetting process?

Now let’s consider that these folks come from an area with a completely different culture, language and lack of religious diversity that we have here in the U.S. They are not well-educated and are low-skilled. From a cost standpoint we need to consider the logistics of transporting people across the Atlantic to the U.S. Now couple that with the cost to house, cloth and feed them here in the U.S. where costs are considerably higher than in the region they are from. According to the U.S. Office of Refugee Resettlement, the average cost to care for each refugee here is about $13,000 a year per person and $51,000 per household per year.  These numbers don’t reflect transportation to this country or the additional burden on local hospitals, Medicaid, schools, etc. as most have only 10.5 years of education and will be using welfare services.

The U.N., however, reports they can care for refugees in countries neighboring Syria for about $1,057 per year. So for what it costs to care for each refugee here, we could care for 12 refugees in neighboring countries that share their customs, language and religion. Having the refugees stay in that general region would also allow them to return home once it is safe. We recently sent $80 million dollars to the Saudis for refugee relief, and while they have taken some guest workers from Syria, they still have large refugee camps with air conditioned tents that sit empty.

Now let’s revisit security issues. It’s been confirmed two members of the Paris terror team were able to get fake documents and come in with the refugees. ISIS has claimed they will infiltrate the refugee ranks in an effort to sneak their members into western countries. We know we can’t properly vet these refugees and if only 1 percent of the 10,000 coming here were ISIS-affiliated or agreed with their tactics, that’s 100 potential terrorist to add to those already here. Keep in mind, the 500 people killed or wounded in Paris were a result of only nine terrorists with two of them being women.

My question to those who still want to bring them here instead of care for them over there: What will your letter look like to the surviving family members should we fail to stop ISIS members from coming in with this group?

At the end of the day, 10,000 is a drop in the bucket and this appears to be more about political cover for this administration for its failed foreign policy than actually trying to do some good.