By Rep. Mat Erpelding
Special to the Reader

Have you ever heard an argument so riddled with bias and error that you don’t even know where to start with your rebuttal? That’s how I felt reading a letter released last week with the signatures of 28 legislators. 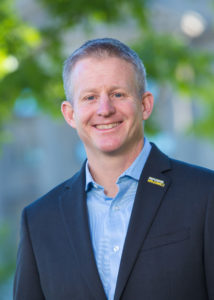 The letter was sent to all Idaho universities and called for the end of diversity and inclusion programs designed to increase academic success. In an effort to explain themselves, they unartfully argued Idahoans don’t support diversity and inclusion efforts; decrying them as going against “the Idaho way.” Additionally, they blamed rising tuition costs on graduation celebrations rather than the fact that the Legislature abdicates its duty year after year to effectively fund our higher education system.

As an Idaho State University freshman in 1993, I experienced student life programs dedicated to finding connection for every student. Even then diversity was at the center of the experience. More than 26 years ago, ISU was making efforts to ensure that students felt welcomed and included in university life.

In my experience, “the Idaho way” is using education to provide security for our families and understanding that the success of one Idahoan benefits all of our citizens. Otherwise, we can’t have a stable economy and a high quality of life.

Since 2003, Idaho’s higher education institutions including Boise State University, Idaho State University and the University of Idaho have struggled to contain tuition costs because the Legislature will not commit to investing in higher education. After years of substantial legislative neglect, Idaho’s higher education institutions are left in a choiceless, unenviable position: raise tuition. It’s no wonder our state continues to struggle to reach the Idaho State Board of Education’s goal, which aims to have 60 percent of all high school graduates earn a higher degree or professional certificate.

According to the STEM Action Center, there are more than 6,300 unfilled STEM jobs (science, technology, engineering, math) in Idaho. That amounts to about $400 million in unclaimed wages that would create an additional $22 million in state tax revenue. These are quality, full-time jobs with competitive salaries and benefits that are just being left on the table because Idaho does not have people to fill them. Idaho does not have an abundance of employees that are waiting for a small number of jobs. We have an abundance of employers who are begging for qualified, educated individuals to fill these jobs.

Idaho values an educated, hard-working populace because we know it’s the best path to economic prosperity. When we give students the tools to succeed, they rarely let us down. When businesses come asking for people to fill those jobs, we want to give them to Idahoans.

There is no doubt in my mind that the letter sent to Idaho universities does not reflect Idaho values.

Mat Erpelding serves as leader of the Democratic Party in the Idaho House of Representatives, where he represents constituents in Boise.