The changing face of downtown retail 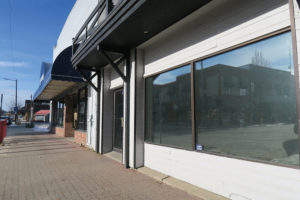 It’s a reality acknowledged by most businesses owners, developers and city officials who work within the shopping district. The difference lies in which conclusions they draw from the transition. Some see closing stores and take a discouraged perspective on the state of downtown business. Others see the coming years as a fertile period for cultivating a thriving downtown of the future.

One thing is undeniably true: Several shops on Cedar Street and First Avenue are closing. Cloud Cafe, a retail outlet and vape-friendly hangout, closed in December and is moving to Coeur d’Alene. Likewise, longtime downtown staple Zany Zebra closed down. Weekends and Co. and Out of the Blue Eyewear are closing their brick-and-mortar locations to focus on internet sales. The owners of Scandinavian Affairs and Great Stuff are opting to retire and close their stores. And Petal Talk on Cedar Street will close its doors at the end of the month. According to owner Nicole French, it’s not a lack of business that’s closing her down, but rather a need for an exit.

“My decisions were based only on a personal level — it’s a very successful business,” she said.

But that’s only half the story. Several downtown businesses have also expanded their offerings. Understory, a coffee and tea shop located near Petal Talk, opened a second location in Ponderay. Bella Terra moved from its small downtown space into a larger location previously occupied by Pedro’s. That allowed Azalea, a consignment and gift boutique, to expand into the space previously occupied by Bella Terra, its former neighbor. Brooke Moore, Azalea owner, attributes her success to a combination of her consignment business model and the irreplaceable experience of shopping for clothes in person.

“There are places online where you can sell clothes now, but nothing that can replace touching and feeling garments and trying them on,” she said.

It all adds up to a complicated situation, especially in light of the city’s revitalization plan that will introduce functional and aesthetic improvements to the downtown core over the next several years. And according to Sandpoint officials, there’s a growing possibility that new developers will be investing in the town as it continues to experience a growth spurt in population.

“I think a lot of (the downtown’s situation) has to do with timing,” said Johnelle Fifer, co-owner of Understory Coffee. “I think we’re in a place where Sandpoint is growing so fast, and the downtown is at a crossroads.”

Jennifer Stapleton, Sandpoint’s city administrator, has a similar read on the situation.

That’s due in part to the city’s population growth over recent years and the prospect of new business interests coming into town. According to Stapleton, the city has engaged in discussions with individuals who are investigating real estate purchases or business ventures and are waiting for the right time. Some, for instance, may be holding out until the city completes its revitalization projects over the next couple years.

It’s also possible that the recent sale of the Cedar Street Bridge may be an overture to more real estate deals and development opportunities. It’s confirmed, for instance, that the Edgewater Hotel will be completely redeveloped in 2020, Stapleton said.

Despite hopeful signs for the future, running a Sandpoint business isn’t a risk-free or easy venture. According to Fifer, she and her husband can expect to put in 70 hours of work a week, and they have to be quick to respond to the preferences of their customers.

“If you want to do well here, you have to be really adaptable, and you have to serve a product that everyone wants,” she said.

There’s also the realities of Sandpoint’s economic cycle to consider. Moore said she is always careful to save money away during the tourist-heavy summer, which helps Azalea weather the leaner periods in the shoulder seasons. It’s not a life for which everyone is well-suited, she said.

“Owning your own business is living it and breathing it,” she added. “It’s hard and emotional.”

Since everyone needs a helping hand from time to time, Moore hopes that the future holds increased collaboration between downtown businesses, which was previously facilitated by the now-disbanded Business Improvement District. She believes that an increased emphasis on exciting events or the addition of high-draw attractions and businesses will help the entire downtown scene.

For others, like Out of the Blue Eyewear owner Steve Berensen, maintaining a brick-and-mortar shop makes little sense when the bulk of their sales comes from the internet. He aims to close his doors in March or April but hopes locals will check out the physical store before it’s gone.

“When people go out of business, there are always people who want to come into business,” he said. “I don’t think businesses failing here are an indication that something is wrong, I think it’s normal attrition.”

It takes immense effort to run a downtown Sandpoint business: advertising, an active social media presence, a hands-on management style. But Fifer is optimistic that more and more people cut out for the life will find their way to downtown Sandpoint.

“Running a business in Sandpoint is difficult,” she said. “I talk to business owners all the time. The winters are brutal, and the summers are long days. Most of your profit is saved for the winter months. So cheers to the ones who have made it! May more entrepreneurs come to Sandpoint to help craft a more tightly-knit small business environment.”