The birds in my wall

There’s a bird that lives in my wall. Actually, there’s a whole family of them in there, jostling around, chirping, fussing and pecking. 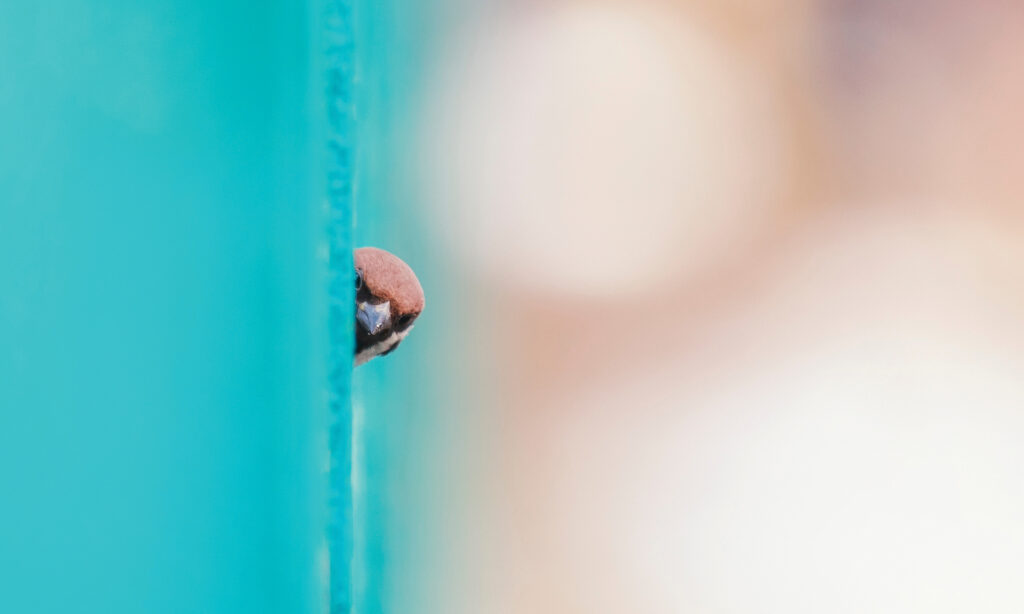 I first noticed the stowaways a couple of years ago. At first, I thought the sound was mice, so I put out traps and got down on my belly, scanning all the wall surfaces to locate an entry point. When that search failed and the traps remained empty, I finally sat still and listened.

It was a curious sound, almost like someone was nervously dragging a paint brush with hard bristles along the surface of the wood. There was a restless quality to it. I imagined a tiny creature in a wool sweater two sizes too small, itching and contorting its body to finally rid itself of the constricting garment.

Then, one day, the jostling sound gave way to the chirping of baby birds. They would cry for a few moments, then quiet down, only to repeat the process throughout the day every time momma returned with lunch. This was during the pandemic, when I was working from home, otherwise I might never have noticed my new neighbors. I mean, how often do you just hang out at home in the middle of the day, listening intently at creatures in your walls?

After springtime came and went, the birds settled into a quieter routine. The babies had either left the nest or learned to keep their mouths shut, because only the nervous jostling sounds remained.

Sometimes a crow would perch on a branch outside my window, examining the noises that came from the wall. Crows are very clever animals — they’ve been known to use tools and even recognize human faces. Years ago I harassed a crow on my friend’s property after he asked me to help scare off the population, and I swear to this day every time I see a crow, they recognize me and warn their brethren.

Once, I tapped on the wall with my fingernail and everything went quiet inside. I pictured those little birds frozen in place, their little bird hearts beating fast, heads cocked ever so slightly to the side as they tried to figure out what beast was lurking on the other side of the wall.

After summer, the noises would gradually diminish until, one day, I no longer heard the bird family. The babies had all left the nest and mom was off to her southern haunts for the winter. After months of listening to this family grow up, it was bittersweet to think of the silent span of time that would pass before I’d hear my neighbors again.

As the snow piled up, I rarely, if ever, thought about the bird family in the wall. It wasn’t until the following spring when I heard that familiar jostling sound again, which I’ve determined is the momma bird building and fussing with her nest.

Sure enough, as the snow melted and the irises and tulips began poking their heads out of the ground, the babies began chirping again every time momma returned to the nest with a juicy worm or grub for the dinner table.

I often wonder how many generations of the same bird family have lived in that little hollow inside my wall. It’s possible that the family taking up residence this season includes the great-great-great-grandchildren of the pioneer bird who discovered the little nesting area in the first place.

Whole generations of birds, living their best lives in my wall. When times get tough, I imagine shrinking down and hanging out with this plucky little bird family as they go about their day, pecking at nothing, eating worms, rustling around.

I’d hang my head out of the hole and feel the wind blow off the lake, somewhere across town. I’d bump and elbow the baby birds, open my mouth wide and fight for the forthcoming morsel from the momma bird. Yum. I’d hear a crow screech from the nearby branch and huddle quietly with my fellow birds, hoping the predator would fly away soon.

Then, my phone or email will ding and I’ll be transported back to my human life. With a weary sigh, I let the birds go back to their idyllic lives and direct my attention back to dealing with angry people in an angry world.

But, for just a few moments, I’m free, just like those birds in my wall.