Propaganda, with its myriad colors and shapes, is a ubiquitous and unrelenting force. Whether you’re watching TV, listening to the radio, reading a magazine or mindlessly scrolling on social media, you can rest assured that someone somewhere is attempting to sell you something, proselytize you, turn you against a particular demographic, persuade you to vote for this or that politician, or alter your perception of reality in one way or another. How effective a particular form of propaganda is depends on how cognizant we are of the fact that we are being propagandized. It would not be hyperbolic to say that our future — as individuals and as a species — rests not only on our capacity to understand when we are being manipulated but on our willingness to educate and inoculate ourselves against the never-ending onslaught of misinformation. 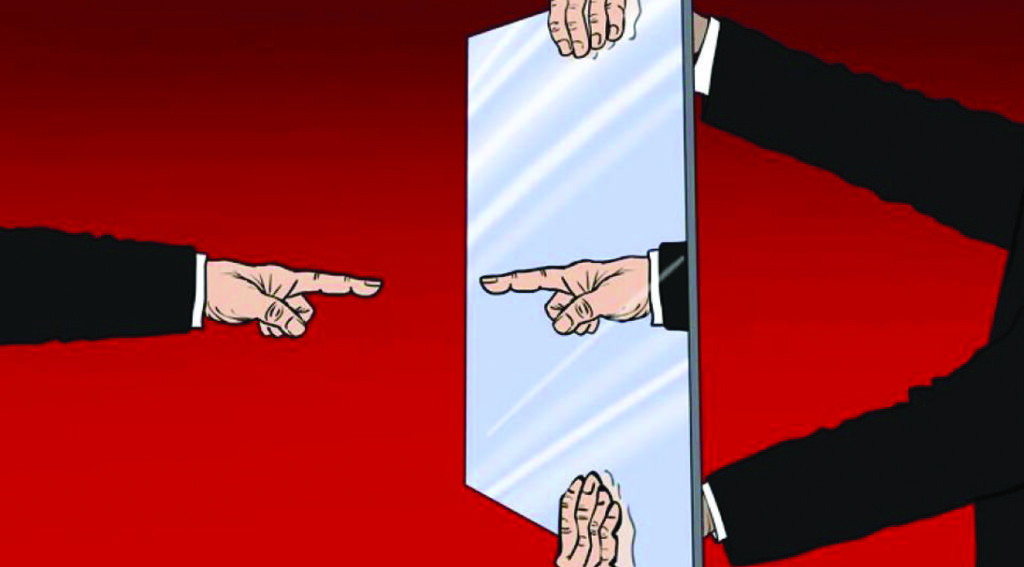 Those who peddle lies and deceptions can propagate their falsehoods with more ease than ever before. But if we arm ourselves with knowledge and awareness of how propagandists operate, we can empower ourselves to mitigate the effect their propaganda has on us.

The menu is too large to cover all propaganda techniques in one sitting, but don’t fret, dear reader, I’ve sampled some of the more pungent flavors so you don’t have to. Spoiler alert! They all gave me a bit of indigestion.

One of the most effective and most commonly used rhetorical devices in the propagandist’s toolkit, the “appeal to emotion” fallacy can be used to manipulate people into making emotional decisions instead of logical ones. This can be accomplished with an appeal to compassion: “think of the children.” Or an appeal to fear: “We must attack them, or they will attack us.” It can be used to win elections: “Vote for me, or else…” It can be used to sell goods and services: “Use this product, or else…” And it can be used to convert people to any particular religious, economic, or political ideology: “Adhere to this doctrine, or else…” Of course, sometimes the claims may be legitimate, which is why we must look at the facts and refuse to allow ourselves to be governed by our emotions.

Pitting opposing factions against each other in order to maintain power and control over them is one of the oldest tricks in the book. With this strategy, the goal is to encourage division among subjects who would otherwise be allies. Group A and Group B, if united, can become a force to be reckoned with; however, if they can be manipulated into quarreling with each other, then they can be more easily subjugated. In addition to making rival groups less powerful by breaking them apart, this technique also serves another important purpose: it diverts public anger away from the corruption of the sovereign.

A go-to tactic for the hucksters of half-truths, cherry-picking — a term that references the harvesting of only the good fruit — occurs when someone chooses to focus only on the data which helps his case and sweeps under the rug all data that hurts his case. When, for example, a news network focuses all of its attention on the violence that group X is responsible for and turns a blind eye to all of the violence that has been perpetrated by group Y, it’s safe to say that the data has been cherry-picked. One must consider the agenda of such “news” networks.

The maxim “You’re either with us or against us,” is perhaps the most common example of a false dilemma. This strategy can be used for silencing dissent — if people feel that their loyalty will be questioned if they are critical of something, then they will be less inclined to be critical. After all, you have but two options: “Love it, or leave it!” False dilemmas are typically presented as either/or kind of scenarios where one must choose between either black or white (when, in fact, there are many different shades of gray). For example, the “capitalism vs. socialism” debate is often presented as a false dilemma — a third option, of course, is a mixed economy (which is what we currently have in the United States).

Another in vogue political technique, whataboutism is used to deflect the criticism that is leveled against a particular person, group, or ideology. Typically this is accomplished by simply pointing the finger back at someone else: asserting that “So-and-so is much worse,” is a common example of whataboutism. Perhaps so-and-so is, in fact, much worse, perhaps not —  that fact, nevertheless, does not negate the criticism leveled against the original target.

Whoever first said, “honesty is the best policy” certainly wasn’t talking about government policy. Dishonesty, it regrettably seems, is the best policy in the realm of politics. Dishonest pundits and politicians will often use euphemisms to manipulate ambivalent voters into supporting legislation that may otherwise oppose. For example, when terms like “civilian casualties” and “torture” have an adverse effect on public opinion, phrases like “Collateral damage” and “Enhanced interrogation” are effective substitutes.

DOMA (the “Defense” of Marriage Act) and the “PATRIOT” Act (Uniting and Strengthening America by Providing Appropriate Tools Required to Intercept and Obstruct Terrorism Act of 2001) are a few examples of how euphemistic and obfuscatory titles are sometimes given to legislation that may otherwise be deemed repressive, immoral, or unconstitutional.

Like all of the aforementioned propaganda techniques, euphemisms are not exclusive to any one party or political group. Indeed, one can’t survive in Washington unless he or she understands the importance of using more gentle sounding words in place of harsh words. While “nice guys finish last,” honest guys generally aren’t even allowed in the political race.

This is by no means a comprehensive list — we have only scratched the surface of a broad array of propaganda techniques that are used to control the way we think and act. A better understanding of these techniques will serve to vaccinate us against the ever-spreading scourge of lies and misinformation; It is critical, however — If we do not wish to be pawns on someone else’s chessboard — that we don’t just focus on how the members of some other group are being manipulated; we must also examine the behavior of the groups to which we belong and consider the likelihood that we too are being manipulated.

Dr. Timothy Bearly, GeD, is an autodidact who attended the prestigious Barnes and Noble University in Riverside, Calif., before moving to North Idaho, where he continues his studies at the Sandpoint Library.