Dine in, work out

Idaho Governor Brad Little announced in a press conference May 14 that the state would move into Stage 2 of his Idaho Rebounds plan, as scheduled on Saturday, May 16.

The plan is meant to reopen businesses and gathering places in stages every two weeks, as long as Idaho does not see a spike in novel coronavirus cases during the process. Each stage brings with it new guidelines, and new businesses allowed to reopen. 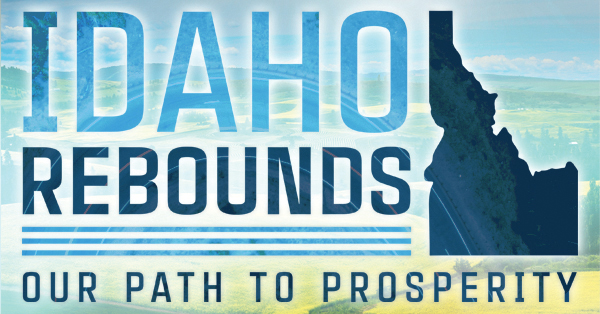 In Stage 1 of the plan, gatherings of any kind were not recommended. In Stage 2, gatherings of 10 or fewer people are allowed with social distancing precautions in place.

Perhaps most notably, Stage 2 brings the openings of restaurant dining rooms, salons and indoor gyms. These businesses are following strict protocol from local health districts, so scenes inside these establishments may look a little different for some time.

At The Fat Pig restaurant in Sandpoint, that means socially distanced tables, a heavy emphasis on reservations in order to avoid crowds waiting to be seated, a sanitation station for customers and more.

Owner Kelley Kennedy told the Reader that reopening has been smooth.

“They have been kind, generous and wonderful,” Kennedy said of her customers. “So far, full steam ahead, and we couldn’t be happier.”

Tables are also being spaced at Di Luna’s, where owner Karen Forsythe said they have instituted a single location where diners can order and pay before sitting down, limiting interactions between customers and wait staff.

“It is a slightly stressful situation for all, but we are adapting to what we need to do to insure the safety of both the customers and staff,” she said.

Local gyms are also making adjustments. Indoor operations restarted at CrossFit Sandpoint this week, the business sharing on its Facebook page that class sizes would be limited to 10 people and everyone will be asked to practice social distancing.

Kathy Chambers, owner of Sandpoint Dance Fitness, also announced via Facebook that she would be reopening, but that classes would be limited to 10 people at a time.

“Hopefully this will be a short-term situation,” she wrote.

Little announced during his May 14 press conference that bars — originally scheduled to reopen in Stage 4 — could begin creating plans to reopen in Stage 3, which is set to begin May 30. Also during Stage 3, gatherings of up to 50 people are allowed and non-essential travel is no longer discouraged. Visitors to Idaho will also no longer need to self-quarantine when visiting the state during Stage 3.

Stage 4, slated to begin June 13, brings gatherings of more than 50 people, as well as the reopening of large venues where such gatherings may take place. Telework will no longer be considered necessary, but social distancing in all settings will still be encouraged.

The Idaho Rebounds plan has revealed fissures in the relationship between Little’s office and that of Lt. Governor Janice McGeachin — a relationship McGeachin recently characterized as “tense” on the Crosspolitic podcast, a Moscow-based religious show, according to KTVB.

McGeachin released a column to Idaho newspapers on May 13 alleging that small businesses and entrepreneurs are underrepresented on the governor’s Idaho Rebounds committees, and that “the effects of the executive branch’s unilateral decisions will impact us for years.”

“We must have the courage to tell it straight: Realistically, there is a segment of our population that will remain at risk during this pandemic and there may be a spike in COVID-19 cases as we reopen. I agree that we should do all that we can to protect our vulnerable citizens, as well as our frontline workers. But there are other facts to consider,” McGeachin wrote, detailing the financial hardships many Idahoans are facing under the ongoing pandemic and related restrictions.

She pointed out that Little ran for governor while promising the “lightest hand of government.”

“To me, this means getting out of the way and letting Idahoans get back to work,” she wrote.

Bonner County Commissioner Dan McDonald has also been vocal about changing the approach to economic reopening in North Idaho due to lower COVID-19 case counts. In an email sent May 14 to the District 1 officers of the Idaho Association of Counties, McDonald asked them to join him in signing a letter urging the governor to consider lifting restrictions according to “facts on the ground” in separate counties in order to mitigate damage being done to small businesses under current restrictions. McDonald said in the email — which he also shared on his personal Facebook page — that he believed Bonner County should be in Stage 4 based on it’s low case count.

“We are at a critical point whereby the cure is going to cause more damage than the virus ever will, and that damage will go on far longer,” he wrote. “We see the goal posts continually moved, using the excuse of public safety when most of the stats in the 44 counties in Idaho don’t support the action.”

In a follow-up email to the Reader on May 19, McDonald said a few of the IAC officers have replied and are willing to sign a letter to Little pushing for the county-by-county reopening strategy. McDonald also reiterated that his aim is to “eliminate [restrictions] based on the facts on the ground in our area along with the detrimental economic impact these illogical rules have created.”