By Sen. Jim Woodward, R-Sagle
Special to the Reader

As Americans, we have a long history of placing high value on education. Thomas Jefferson spoke and wrote to great lengths about the importance of a public education system and the necessity of education to the success of a free society. Our Idaho Constitution requires the Legislature to establish and maintain a system of free public schools, both uniform and thorough. In support of the constitution and our great state, Governor Brad Little is proposing to strengthen our K-12 educational system through a build out of the Idaho teacher pay career ladder. 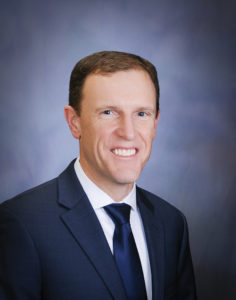 The “career ladder” is the pay scale used by the state for allocation of teacher salary to local school districts. In 2014, a five-year plan was set in motion to implement the second rung of the career ladder. The plan served as a strategic guideline for legislative action in the K-12 education arena and was successful. Some may argue that the plan didn’t work, that we haven’t seen a significant uptick in student performance and graduation rates. The other side to that argument is the question of what would have happened if we hadn’t acted. I believe we would have lost even more experienced teachers to surrounding states and other occupations.

With a thriving economy and record demand for an educated and skilled workforce, now is the time to reinvest some of the fruits of our labor. Gov. Little’s plan is based on a belief that I wholeheartedly share. The success of students is based on the quality of teachers in the classroom. Any of us can reflect on our educational experience and confirm this belief, whether in a classroom or other learning environment. When we connect with a teacher because they are dynamic, exceptionally knowledgeable and care about us, that teacher becomes a role model and someone we want to please. We work hard for those we respect and from whom we want to earn respect.

For retention of experienced teachers and to encourage people to consider the teaching profession, the governor’s plan provides another five-year guideline for teacher pay. The proposed third rung of the career ladder focuses on our most experienced teachers. Experience comes with time, but the third pay rung will also include qualifying criteria such as student achievement, professional practice and leadership. The intent is that for greater pay, the taxpayer gets more responsibility and ability.

Now for the connection to property taxes. Most everyone in the state is feeling the pain of higher property taxes, particularly in the faster growing areas. Part of our property tax burden consists of supplemental levies to fund our schools. In the past 15 years, we’ve seen the use of supplemental levies grow significantly. In 2006, one-third of our districts in the state were utilizing a levy. Currently, three-quarters of Idaho school districts have a supplemental levy in place. The levies became a necessity as state funding dropped off significantly following the 2008 recession, yet we still needed to pay the bills and compete for teachers.

The governor’s plan, House Bill 523, directs enough state funds back to K-12 teacher pay that districts won’t have to rely on local property tax dollars and the contentious levy process.

With adequate state funding of teacher salaries, we will be able to compete with surrounding states for the best teachers — the same teachers who will act as role models and mentors for our young and impressionable student population during the majority of their waking hours each school day.

Sen. Jim Woodward is a first-term lawmaker serving District 1. He sits on the Education and Finance committees.