In 2018, the Sandpoint City Council approved a plan — partnering and authorized with appropriate state and federal agencies — to capture and release Canada geese at City Beach. 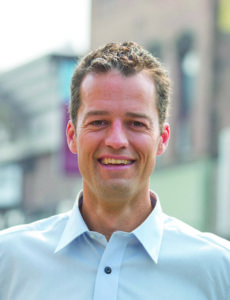 Despite implementing a variety of methods to manage the goose problem over the years, the population has grown consistently year over year. An adult goose creates up to three pounds of excrement per day. The excrement contains harmful bacteria and increasingly blankets the ground through the summer. Mechanical methods implemented to remove it have proven unsuccessful. This has created a public health threat and has rendered the City Beach nearly unusable for many users of the park.

Resident Canada geese nest in the spring and have goslings around May. Once hatched, the mature and young must stay in the immediate area until the young are able to fly — usually around mid-August. They are biologically trapped; that is why, until last year, we’ve had such a fecal problem at the Beach.

The current path is to continue with appropriate permitting agencies to capture and either relocate adults that are not previously banded from capture last year, or euthanize geese with bands and those too young to survive without parents. As mayor, I am committed to exploring all possibilities of beneficial use of taken wildlife and have directed staff to work with partnering agencies for the same.

Prior to our capture and relocation to Kootenai County in 2019, the beach averaged between 150 to 200 geese daily during the summer season. That’s roughly 350 pounds of fecal matter per day — 2,450 pounds per week — resulting in swimming area water and upland contamination of fecal coliforms and making many areas of the beach sand and grass uninhabitable.

After the capture in late June 2019, we did not count any geese until 19 returned on July 18.  In August of that year, we averaged 30 geese per day and 25 in September — the end of our busy beach season. We averaged 145 geese per day in October, November and December, but this did not cause conflict because the park isn’t heavily used during the fall and winter.

The intent of the management plan is not to eliminate Canada geese from City Beach, but to manage their ever-growing numbers and their feces

The goose management plan approved by City Council was a huge success because it eliminated most of the fecal matter from the park for the summer.  However, members of the public called for an alternative plan that wouldn’t require euthanization of geese.

Concerned citizens brought to my attention Geese Peace, which has had noteworthy success addressing this problem in the northeastern part of the country. I convened a meeting with Geese Peace, city staff and several concerned citizens in the summer of 2019 to explore non-lethal means to solve the problem.

The Geese Peace solution is to locate the nests that are incubating eggs and oil the eggs, thereby preventing their hatching and establishing new resident geese populations. If the eggs were just removed from the nest new ones would be produced.  If the adult geese are not “biologically trapped” with young they can be encouraged — using harassment strategies — to relocate before they molt, resulting in a much fewer numbers.

While this technique has had success in some isolated areas, it requires a coordinated regional approach to be successful. All nests within a three-mile radius of City Beach would need to be identified and monitored for oiling. These properties are outside of the city limits and the vast majority are private property.

If a coordinated regional team could be established, the Geese Peace strategy could be implemented, which would better manage new resident geese. This would eliminate the need to capture and relocate during molt and would eliminate the need to euthanize. This would require a significant number of volunteers, probably dozens, with several boats who are committed to the task for a period of four weeks every spring. They would need training in harassment and “addling” (egg-oiling) techniques that could be provided by Geese Peace. This initiative would require support from property owners along waterfront properties where geese are potentially nesting.

While the city is happy to partner toward implementing this initiative, it lacks the financial or staff resources necessary to lead such an effort.  For a program like this to be effective, it needs a leader that can mobilize volunteers, property owners and resources across jurisdictional boundaries in a coordinated fashion.

Without such leadership, the current management plan will continue as the city’s only feasible means to manage the growing goose feces problem.

If you or your organization are interested in leading or volunteering in such an effort, please email my assistant: [email protected]