The first full moon of 2019 is sure to start the year off with a bang. 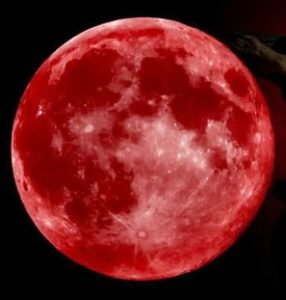 Early Monday morning, Jan. 21, the last total lunar eclipse of the decade will be visible from across the nation.

A total lunar eclipse occurs during a full moon when the moon passes directly through the Earth’s shadow, causing the moon to turn rusty orange or dark red in color.

Monday morning’s total lunar eclipse will appear similar to those in the past, but has been nicknamed the “super blood wolf moon.”

The term “blood moon” refers to the color the moon turns during the height of a total lunar eclipse. January’s full moon is often referred to as the “wolf moon” in Native American folklore, and the term “supermoon” refers to a full moon or new moon that nearly coincides with the closest distance that the Moon reaches to Earth in its elliptic orbit, resulting in a slighting larger-than-usual apparent size of the Moon as viewed from Earth.