Sun’s out, tongue’s out

It’s not everyday that you see a bull moose stick out his tongue at you. However, such is now the case in Sandpoint.

Travelers along Fifth Avenue can take in a new mural on the Foster’s Crossing building, complete with massive sunflowers, bright red mushrooms and, yes, a moose with his tongue out and, perched upon it, a monarch butterfly. 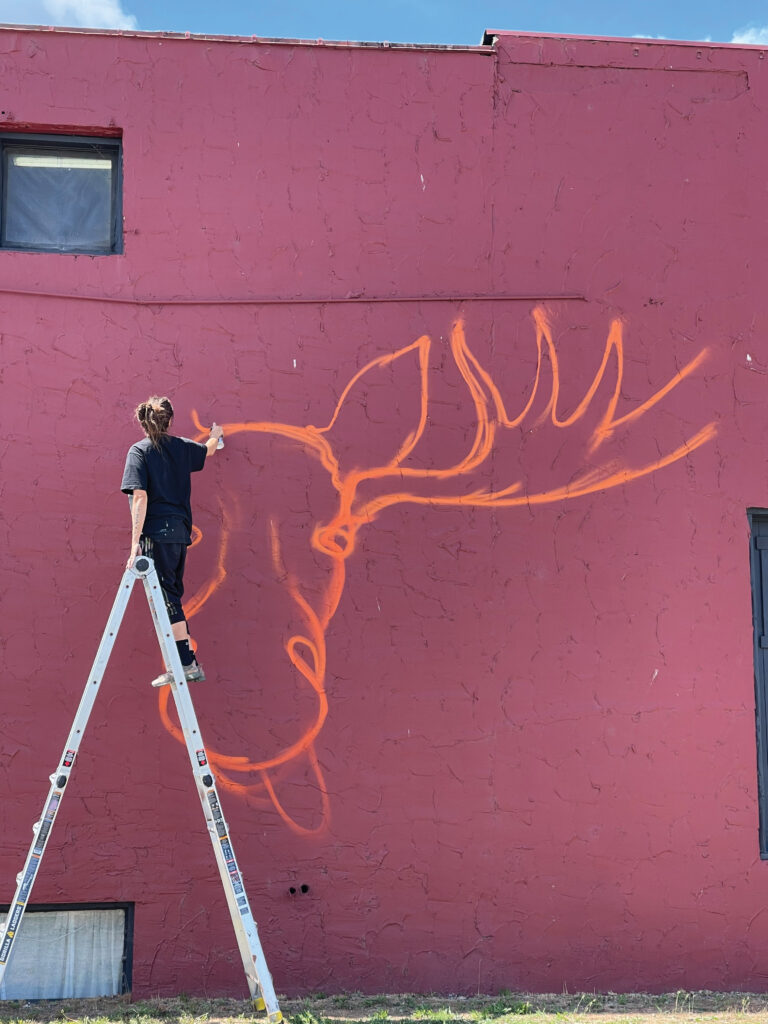 The art is some of the latest large-scale mural work by traveling painter Jules Muck — known best by her street artist moniker Muck Rock. She and her fiance, Kyle, along with their dogs, often embark on roadtrips, leaving behind both contracted and spontaneous art in their path.

The Foster’s Crossing project came about when an old neighbor from Venice, Calif., now living in Sandpoint — Hannah Hempstead — saw on social media that Muck was doing some work in Missoula, Mont., during the last week of May. Foster’s owners Dave and Kate Luers had seen some of the artist’s work in the past and jumped at the chance to have a mural painted on their building. Hempstead made the connection and Muck was there within 24 hours.

“I was blown away and super inspired,” Muck said of her first visit to North Idaho, “and then it just kind of unfolded naturally.”

Naturally and quickly, as it turns out.

While Muck is known for incorporating social commentary and more hard-hitting elements into her street art, she took a different approach at Foster’s, paying homage to the natural world — but not without some whimsical flare.

“Watching her do the work — it was incredible, really,” Kate said. “We love it.”

The artist even had time to paint some private residences during her single day in Sandpoint, leaving vibrant tulips and gigantic bumblebees in her wake.

“I actually got more requests to come back, so I am planning on circling around again,” she said, noting that the art she completed in Sandpoint were her first projects in Idaho. “I’m excited to paint more there because it’s such a cool town.”

In the meantime, the artists are back home in California, looking forward to their next adventure — likely with a few stops in the panhandle along the way.

“I come back so fulfilled from the things that I see and it totally changes and shapes my art,” Muck said of her frequent road trips. “Those beautiful rivers and the lakes and everything that we saw completely inspired me, and when I leave the area, I get to take a little piece back. It’s almost like a trade — I leave them something from where I’ve been and I take some of their stuff and I spread it to the next place …

“I think it’s really beneficial not only for my art, but for the people who get to see it and have it.” 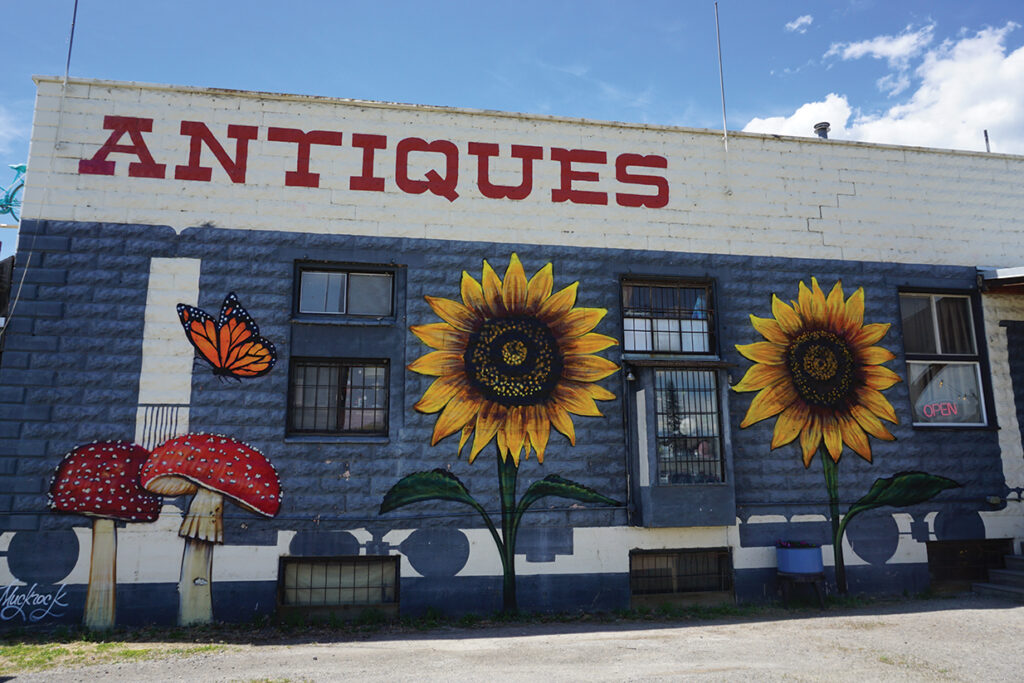 Find Muck Rock on Instagram (@muckrock) to see more of her art and contact her about commissions. 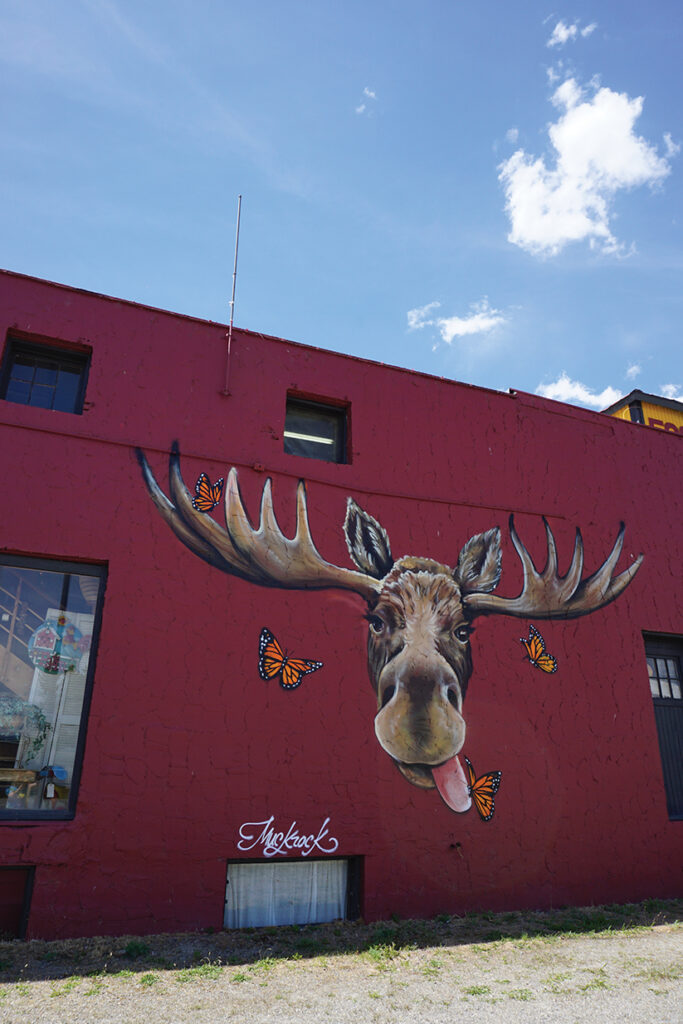