Editor’s Note: Danielle Ahrens is running as a Republican in the State Senate District 1 race.

Sandpoint Reader: Thanks for talking with us today, Danielle. To begin, how would you describe the differences between you and your opponent to voters? 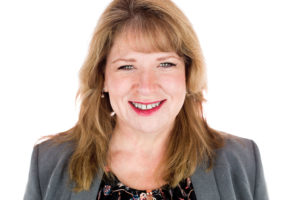 Danielle Ahrens: I think the differences are that I’m pro-life — I’m on the board of directors at Life Choices Pregnancy Center — so that is a really important issue to me, because that’s one of our three pillars. You protect life, liberty and property. If you get one of those wrong, to me, you get them all wrong. The other thing is I’m very strong pro-Second Amendment, particularly when it comes to law enforcement. But I think everyone has an inherent right to defend themselves and their families. I don’t see that the Second Amendment right to defend yourself should be infringed in any way. So I’d say those are the two biggest issues.

The other factor is I think I can be much more effective at bringing our voice to Boise, because we’re not heard outside the great state of Ada. When you get there, you need a seat at the table. For the last 10 years I went down there and worked for Sen. Sheryl Nuxoll during her session as a senator, so I’ve written legislation, gotten co-sponsors, helped pass it. I’ve worked on those relationships where you’re working with people down there or helping on their campaigns to get in. The best way to get something done down there is by consensus. … You need to be able to say, “I honor you for where you are, not where I expect you to be.”

DA: The Second Amendment. Illegal immigration. The economy is humming along really nicely, and it seems like most people who want a job have one.

The educational system is still a concern — it’s not being funded adequately. That, to me, is a failure of the Legislature, because the according to the Idaho Constitution, we are supposed to be funding the education system. The fact that the schools have to go to their communities and beg on a continual basis, which causes in-fighting in a community, is inexcusable.

SR: On the subject of in-fighting, we’ve been seeing a lot of it in politics and in the political parties. It’s the same in this primary, where many view you as the conservative candidate and your opponent as the moderate candidate. Do you think that’s a fair way to look at the election, or does it over-simplify things?

DA: I think the best way for voters to pick a candidate is to talk to them and access them and say, “This is my opinion. What do you think about that?” They should also look at what they’ve done in the community. There’s a saying: “Your actions speak so loudly, I can’t hear what you’re saying.” Rhetoric is just that: rhetoric. And it’s usually empty.

SR: Legislators like our own Heather Scott have made waves pursuing what they call the Freedom Agenda. Some support this approach, while others feel it is too ideologically driven. What are your thoughts on this?

DA: I admire anyone who stands up for their beliefs and values and principles. For how I will be, I will go in and represent my constituents, and I will stick to our founding documents because there are certain rules, processes and procedures you follow, particularly in the Senate. When I’m considering legislation, those are the first things I look at.

SR: Where do you see the campaign itself? How are you making connections with voters?

DA: For me, it’s old-fashioned shoe leather. I’m out 8 in the morning to 8 at night at least five days a week. I make sure I go to each community, no matter what size. Anyone can call me. I’ll go out for coffee. I’ll be at their meetings, their events, wherever they want me to listen or speak. Again, I look at this as a job, and I’m applying for it with each person I meet.

SR: What are your thoughts on local issues? For instance, the smelter proposed in Washington has everyone talking. Do you see that as being an issue the Idaho Legislature can address?

DA: Per the Tenth Amendment and states’ rights, this is a smelter that is being built in Washington and going through that permitting process, which is actually stricter there than on a federal level. Since it’s being built there, we have very limited ability to affect it, if any at all. I talked to (the head of Idaho Department of Environmental Quality), so he’s aware of it. (The head of the Coeur d’Alene DEQ office) is aware of it. Gov. Otter is aware of it. So it’s all being monitored. If and when that toxicity comes downwind … then we can get involved with DEQ. … The smelter has enormous hurdles to get through, but I’m still very concerned about it, particularly given the increased traffic coming in on our roads. We the taxpayers will bear the brunt of the cost.

SR: Given that North Idaho is sometimes overlooked in Boise, is there any particular issue you think the state should be doing more to address?

DA: The roads. As far as Highway 95 and 2 go, you aren’t seeing the money get up here to repair our roads, and we have Canadian heavy trucks coming down hear and beating up our roads. So we really need to get more funding up here for our highway. The county roads are doing a great job.

SR: Let’s talk a bit about the political climate out there. Personally, I’m seeing less venom out there than I have in past election cycles, but it’s still out there. Do you think we’re getting better when it comes to discussing politics, or do we have a lot of work to do yet?

DA: My number-one advice (for candidates) is that people are sick of the fighting and division. This is a job interview: You get your qualities out there and let them choose what they want. But this constant negativity does nothing. All it does is drive us further and further away from solutions.

SR: Is there any issue we haven’t yet covered that you want to highlight? Any particular message you want to get out to voters?

DA: My message is (look at me) if you want an effective, experienced leader who you know is going to work very hard for you. I’m retired. This is what I do. It’s my hometown mission, my way of serving people. I feel it’s my duty. I love it. I enjoy it. And if you want someone to work hard for you, where this is their passion, elect me. I have served the public over the years from being in law enforcement, being the PTA director in many schools and being on the board of directors in many organizations. I do all that as a volunteer because I care.