State of the city address

Happy belated new year to all of you readers. As mayor of the city of Sandpoint, I’d like to take this opportunity to give you an update on the state of the city. I’m very proud of what the Sandpoint has accomplished in the last year. Here are a few of the highlights: 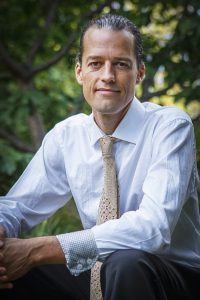 •We started the year with the addition of a new staff position, the city administrator. Jennifer Pearson Stapleton joined our leadership team at the beginning of the year and has been a powerful addition to our staff. We also hired a new public works director, Ryan Luttman, who likewise has demonstrated proficiency and effectiveness in his role. Both Jennifer and Ryan are team players and a pleasure to work with.

•The city has done a lot to stimulate economic development and job growth. We’ve completed PHASE 1 of our dark fiber network, bringing ultra-high-speed, affordable internet to Sandpoint. City Hall was lit up with 1-gig service at the end of 2016 and we expect to see service extended to downtown and the rest of Sandpoint soon. Providing high-speed, affordable internet throughout Sandpoint is one of the most powerful steps we can take to stimulate job growth and quality of life.

•The city approved an economic development initiative which provided incentives to growing local businesses and gave the city some leverage to attract new employers. The initiative targets well-paying jobs, medical and technology sectors and offers significant savings through waivers of all kinds of city fees. This gives the city a powerful tool for retaining growing businesses and makes Sandpoint competitive for attracting good jobs.

•This administration also reduced the “new user hook up” fees (NUFFs) by nearly half.  This reduces the cost of new housing and stimulates development and job growth in the construction sector. This is one of the most significant changes the city can make to support all job growth as many of our local workforce are challenged to find good, affordable housing without having to commute from neighboring communities. This improves the economy, quality of life, environment and reduces cost of living among other benefits.

•A new parking plan was developed this year which gave downtown users more options in parking downtown. Free all- day parking is now available in three downtown locations: the City Lot on Third and Oak, the Sandcreek Lot on the east side of Sandcreek and the ITD lot west of Fifth Avenue. The plan expanded the hours for free parking everywhere but the east end of the downtown core. It also expanded parking permit zones throughout most of downtown. This improved parking for businesses and made life easier for the downtown workers and tourists.

•I convened the Sustainability Committee to address recycling and a host of other issues relating to sustainability. We now have a city-wide recycling program for residents and businesses. If interested you can contact Waste Management to initiate commercial service.

•Engineering of the downtown streets redesign project is under way. We are accepting public input on streetscape design for First Avenue and Cedar Streets through this winter. Included in this process is the design for Farmin’s Landing between the pedestrian bridge and the Panida Theater. This will accommodate a safe multimodal path, stormwater control, landscaping aesthetics and perhaps parking. Public feedback is also being sought to minimize the impact on downtown businesses and users throughout the project.

•Construction for the downtown reversion to two-way traffic is virtually complete. When the snow melts and the pavement dries we can restripe the streets. I expect we will see traditional two-way traffic throughout downtown by the end of April. This will beautify our downtown, improve access and utilities, create new pedestrian appeal and improve on-street parking.

•The first phase of the Watershed Crest Trail is complete.  Thanks to the Pend Oreille Pedalers, Equinox Foundation, Schweitzer Mt. Resort, the Selkirk Rec District and the city of Sandpoint, we now have an epic, eight-mile scenic trail that connects Sandpoint to the top of Schweitzer.

•After years of citizen concerns regarding the Business Improvement District (BID), the city in partnership with Boise State University developed a survey to assess the BID’s effectiveness and identify areas opportunities for improvement. We asked BID members to provide feedback that will help inform the mayor and council when considering the future of the BID.

•The successful SPOT public transit system is continuing to grow and extend its services beyond greater Sandpoint. Service is expanding to Bonners Ferry and van pools are now serving the local workforce with shuttles to Coeur d’Alene. By next winter SPOT will take over Schweitzer’s Mountain shuttle. Other improvements in local bus routes are expected this coming year. Through partnership with the Eureka Institute’s Construction Basics Initiative, SPOT plans to build shelters at bus stops throughout the system.

•After one full year of collections for the 1-percent resort city tax, I’m happy to report that we’ve exceeded our projections. That means that not only will be able to pay for the popular Memorial Field grandstands and field renovations with the tax, but we will likely have funds left over to go towards other parks improvements throughout the city.

•Good news for water and sewer rate payers; we were able to refinance our wastewater bond saving taxpayers a million dollars and allowing the city to pay off the bond five years early. This gives the city flexibility and leverage when developing its plan for upgrading and possibly regionalizing wastewater service in the future. In the meantime, those funds can go towards other needed infrastructure improvements. It could also mean lower rates in the future.

There are many more successes I’d love to share if space permitted. Stay tuned for my next column where I will discuss what to look forward to in 2017.  Thank you all who contributed in 2016 to making our community a better place to live, work and play!