Big changes are afoot at Sandpoint City Hall following council approval on Wednesday of Stephen Snedden as a councilman, Mose Dunkel as a Parks and Recreation Commission member and Ryan Luttmann as public works director.

Snedden fills the seat vacated by Shelby Rognstad following his election as mayor. But he’s no newcomer to the political scene. He was elected in 2007 to a four-year council position, during which he led the charge on high-profile council actions like the purchase of two Pend d’Oreille Bay Trail parcels. 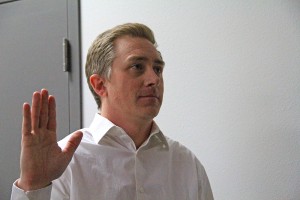 “I continue to walk around Sandpoint and feel great satisfaction and pride on the projects that were accomplished during that time period,” Snedden said.

Following his term on the City Council, Snedden made a bid for the Idaho House of Representatives but was defeated in the Republican primary election by Heather Scott. A third-generation resident of Bonner County, Snedden works as an attorney for Berg and McLaughlin.

“I have absolute confidence in his commitment to the community,” said Rognstad.

Snedden wasn’t the only big change at City Hall on Wednesday night. Former mayoral candidate Mose Dunkel was also approved as a member of the Parks and Recreation Commission. A longtime volunteer in youth sports and tutoring programs, Dunkel will serve as a special liaison on the Memorial Field renovation project.

“Mose is a family man who cares about the youth and our community,” said Rognstad.

Finally, the council approved Ryan Luttmann as the new public works director and city engineer. Luttmann will officially take over the department after director Kody Van Dyk retires on March 1. 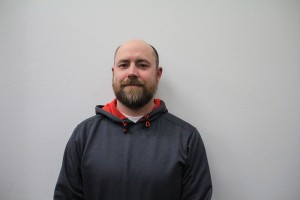 “A role in public service is something I look forward to,” said Luttmann, who anticipates the challenges of reshaping Sandpoint’s downtown and overseeing wastewater management projects.

A 15-year resident of Sandpoint, Luttmann began his career in regional water, wastewater and transportation projects. He moved on to become the engineer for Bonner County Public Works and director of Bonner County Road and Bridge, where he worked until 2012. Since then, Luttmann has worked in the private sector for J-U-B Engineers, but continued to serve as a contract engineer for the city of Kootenai and manager of engineering review services for Bonner County Planning.

According to Rognstad, Luttmann brings with him a specialization for getting results within public works budgets and keeping several government and private agencies in the loop on project progression.

“Mr. Luttmann’s experience and skills will be a great asset for the city of Sandpoint and a wonderful addition to our city staff,” Rognstad said.