SFN presents: ‘Empire of the Sun’

Join the Sandpoint Filmmakers Network 7 p.m. Tuesday, Jan. 30, at the Panida Little Theater for a special screening of “Empire of the Sun.”

Directed by Stephen Spielberg and starring John Malkovich and a young Christian Bale, “Empire of the Sun” follows Jamie Graham, a boy living with a wealthy British family in Shanghai who is captured by the Japanese during World War II and held in a prisoner-of-war internment camp. One of Spielberg’s early forays into war filmmaking, “Empire of the Sun” is considered by the iconic director to be his most important exploration of the loss of innocence. 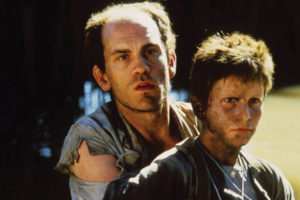 John Malkovich and a young Christian Bale in “Empire of the Sun.” Courtesy photo.

SFN Movie Night is a movie club that meets the last Tuesday of the month. Its screenings are free, but a $5 donation is suggested to help cover the theater rental. Beer and wine sales are provided by the Panida Theater. Stick around afterward to discuss the film.

SFN Movie Night is a private group event, but it’s simple and free to join up. Just visit www.sandpointfilmmakers.net/join or register at the screening.