Spring marks a big milestone for high school seniors across Bonner County. Everyone hears about the high achievers, the valedictorians, salutatorians and kids with honors of all kinds — and good on them. But among the hundreds of students crossing their respective stages in the coming weeks, every single one has a unique story, regardless of GPA. Here are just a few.

Question 1: If you were principal for a day, what would you change about your school?

Question 2: What is the most important thing you learned in high school?

Question 3: Where would you like to see yourself in five years?

Question 4: When you look back on high school, who will you think of as someone that made those four years possible for you? 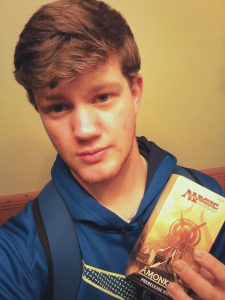 Conway is moving to Boise after graduation to further his experience as a volunteer firefighter, and will then pursue degree programs at both the College of Western Idaho and Boise State University.

3. I want a good income and have a really nice job. I want to be a full-time firefighter, but being a volunteer firefighter would be nice, too. I’d be graduated from college with a fire science degree. And I don’t know if I’ll have someone in my life that’s special or not — but I just want to be happy, not have to worry about money. And traveling I guess. That would be cool.

4. All through high school, it would probably be my best friend, Martin. He was there through all my worst times, and all my best. I’m moving to Boise with him soon, so he’s like a brother to me, and he’s helped me through a lot. 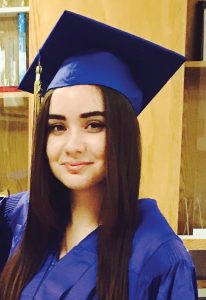 Hlavka took courses through the North Idaho College satellite campus in Sandpoint over the past year, and plans to continue her education at the University of Washington in Seattle when the time comes.

1. I think I would make lunch longer. Especially off-campus lunch. You’d have more time to eat and relax. Not just rushing to eat and rushing back.

2. Your friends are the most important thing you can have in high school, because you need people to have your back and to support you.

3. In five years, I hope that I am still in school and hopefully in Seattle, actually, earning my degree. I want to graduate with my doctorate degree in psychology, and then ultimately open my own practice. (I want to work with people with) mental illness—the more serious stuff like depression or schizophrenia.

4. Dawn (Schatz), definitely. She has helped me apply for scholarships, apply to NIC. She helped me see colleges on campus, and get me ahead. 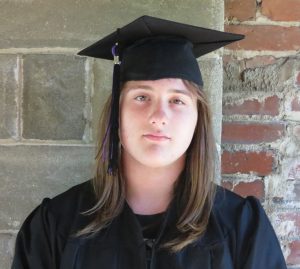 Reise, who is graduating at age 17, plans to work in carpentry after graduation and eventually use the money he saves to attend college.

1. Honestly I’d probably get rid of lunch detention for tardies because they seem pointless. Kids just skip (the whole day) if they’re going to be late. I’d make it two or three tardies before they have lunch detention.

2. No matter how hard you try, everyone isn’t the same. People like to act like everyone’s equal. But everyone’s on their own level doing their own thing, so they all play a different part in society, which makes society work the way it does. If all people were the same, society would not work.

3. I’m starting out as a laborer this summer, so hopefully I can carry out my career as a carpenter. (I like) the fact that I’m not sitting inside all day—I’m outside, getting sun, doing physical activity and working with my hands—keeping myself busy all day. It’s a lot better than an office job because it keeps you in shape.

4. Randy (Wilhelm) has honestly helped out a lot during high school. He’s kept me from dropping out quite a few times. If it weren’t for him I probably would have let all the drama get to me and I would have dropped out. 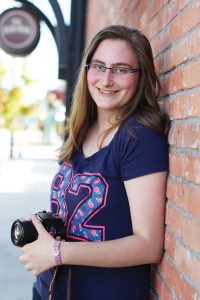 Sfeir, who fell in love with photography when she bought a DSLR camera, will attend Whitworth University in the fall to study journalism, visual communications and visual narratives.

1. I might suggest to change the lighting in the hallway. It’s super dark and I find that it can darken the mood a little, so if we could lighten up the hallways I feel like that would raise some spirits.

2. I definitely learned that you shouldn’t be afraid to ask for help. Sometimes I know it’s embarrassing, but when I ask for help there’s so many people that are willing to come to my aid, especially people from the community. I keep realizing that we are so lucky to live in a small town because there’s a lot of people that are really nice around and they’re willing to help you succeed.

3. Ideally, after college I’d like to be working for a magazine, preferably a science or nature magazine. I’d like to maybe be doing photo work, or I’d be up for doing documentaries and stuff. I just kind of want to do visual journalism.

4. Mr. Love and Ms. Tibbs had a huge impact on who I became in high school, because both of them are my journalism teachers. I feel like they took a chance on me when I first started with photography, and they gave me the tools to go out there and just get a lot of practice and learn new things. So I don’t think I would have actually been that involved in school if I hadn’t started photography. They were the people I had around to motivate me to continue doing what I loved.