Di Luna’s is known for its cozy environment and unique menu, but every so often the space is transformed to house live music, and the result is something not replicated anywhere else in Sandpoint. 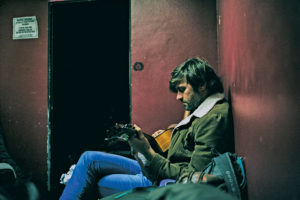 Forsythe said her favorite part about bringing live music to Sandpoint through Di Luna’s is “providing a space for both the artist and the audience where the artist’s music can be appreciated.”

It’s safe to say the sentiment is working for artists. Singer-songwriter John Craigie frequents Sandpoint partially thanks to his relationship with the Shook Twins and also because he simply enjoys coming back. He’ll play Di Luna’s Feb. 26 at a show that has already sold out — like Craigie shows tend to do — and Portland-based folk singer-songwriter Hanna Haas will open for him.

Craigie is known for his comedic, off-the-cuff style and honest delivery of story-heavy folk music during his live shows.

“I was the funny guy before I was the singer guy, (so) it comes naturally to me,” he said.

Craigie said those unfamiliar with his style would be wise to check out his live albums — available wherever you access your tunes — to get a feel for the niche he’s carved out for himself in the realm of singer-songwriter styles. He engages the audience by charismatically weaving anecdotes and song — an endearing and impressive art he’s been able to showcase across the country both on his own and while opening for Jack Johnson. 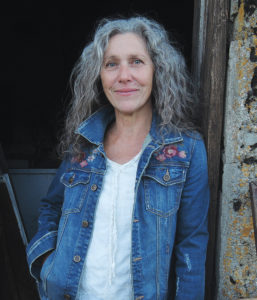 “That’s the true nature of what I’m trying to do: the storytelling, the humor, the connection,” he said.

Di Luna’s is also bringing Portland-based Americana roots artist Lauren Sheehan to town on Feb. 15. Sheehan said her style is influenced by oral tradition, guidance from elders, formal musical training and scholarship in the field of American folk music. She said she moves “between older styles and a modern approach at will” when she plays.

Learn more about Sheehan and hear her music at www.laurensheehanmusic.com.

While the Craigie show is sold out, tickets to see Sheehan on Feb. 15 are still available. Get tickets ahead of time at the cafe for $12, or on the day of the show for $15. Dinner is served at 6 p.m. and the music begins at 7:30.