Authorities finally have a name connected to the robocall that disturbed many residents earlier this month: Dan Grost.

The Idaho Secretary of State’s Office received documents earlier this month declaring expenses for the group behind the call, Sandpoint United Against Shelby. Grost’s name is attached to the documents, but confusingly, the rest of the included information leads to dead ends. 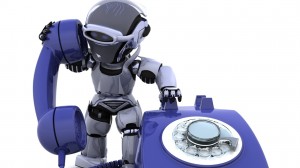 Can you hear me now?

One of the attached addresses is the location of Common Knowledge, Rognstad’s former business, while the other belongs to The Hive. The phone number recorded is also associated with Common Knowledge. As for the expenses, they run to the tune of $6,250.07, according to the documentation.

The name “Dan Grost” doesn’t carry much of an Internet footprint, and information is still slim. What’s loud and clear is the angry reaction Sandpoint residents had to the call, which many described as racist and juvenile. Both Rognstad and his opponent, Mose Dunkel, have condemned the call and say they had no part in it. [CR]