HBO docu-series ‘Q: Into the Storm’ provides the anatomy of a digital conspiracy obsession

“The minute God crapped out the third caveman a conspiracy was hatched against one of them.”
— Col. Hunter Gathers, OSS (ret., also fictitious)

QAnon checks a lot of psycho-social boxes. Human beings are risk-averse animals. We are skittish by nature, and rightly so. Millennia of experience tells us that we are weak in all ways other than mental — weak of bone, weak of muscle, prone to cold and heat. Rodents, before apes, are our predecessors, and many rattish qualities we retain. Look in the woods in the night and you see faces, hear voices. They are not there (maybe?). This is evolution speaking to you through the misty ages. 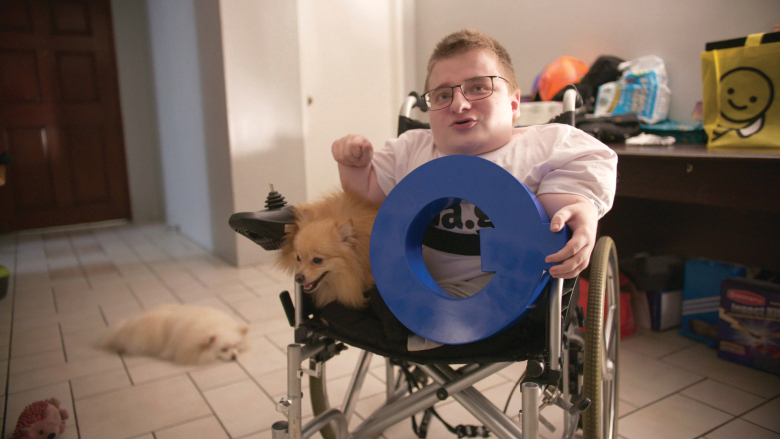 A screenshot from Q: Into the Storm featuring Fredrick Brennan, who developed the site 8chan where “Q Drops” regularly appear. Courtesy photo.

You, human, are hardwired for fear, pattern-making and the problem-solving skills needed to navigate it. These traits are why you are here, alive, now — some rodents, then some apes, then some proto-humanoids and the whole line of your human ancestry somehow managed to marshal these defense mechanisms to their advantage to the degree that, as Col. Gathers said, you were “crapped out”… immediately dumped into conspiracy.

By way of preamble, this is to say, the human mind — given no constraints of food, shelter and sex — will fly to the furthest reaches of mental and physical endurance to defend itself. Enter: QAnon.

The HBO docu-series Q: Into the Storm, which as of press time has aired two hour-long episodes, attempts to dissect the “mega-conspiracy theory” (as one expert put it), tracing its digital DNA back to the raunchy image boards of the late 1990s to the violent Capitol insurrection of Jan. 6. Along the way, the filmmakers manage to secure interviews with some of the prime movers behind the Q phenomenon, including a shady father-son duo engaged in a number of businesses in the Philippines (including a pig farm, organic market and hosting Q’s online home 8chan), a powerful web moderator in South Africa who seems to be missing most of his teeth and a coterie of “regular folks” who have chucked their normal lives to devote all their time and treasure to living out a digital fantasy of revolution, revenge and suspicion.

For the uninitiated, QAnon is the general belief that a cabal of super-powerful individuals (comprised of liberals, “the media,” Satanists and anyone who doesn’t believe in “Q”) are engaged in a global effort to control all aspects of human existence — bending the species to its fell tyranny by way of sex slavery, including the rape and cannibalization of babies.

Hints, clues and instructions for how to overthrow this sinister plot are dropped online by an anonymous individual known only as Q, purportedly so named because he or she is a highly placed government official with “Q security clearance.”

QAnon adherents believed that former-President Donald Trump was secretly waging war against the cannibal pedophile elite, and the time of vengeance was to sweep the world in the so-called “storm,” which many thought would occur on Jan. 6 — a moment when Trump would overturn the 2020 election and lock up (then execute) all the bad guys.

None of that happened, of course, though the belief went a long way to triggering an event that brought the United States closer to civil war than it’s been since the 1860s.

Q: Into the Storm spends less time on the specifics of the QAnon phenomenon — in part because it’s the tangled reins of a dozen whack-brained hobby horses — and more on the individuals and processes that have constructed and spread its reach.

Described as part interactive game, religion and political movement, QAnon is revealed in the documentary to be something like a mental virus, spread virtually on the strength of the technologies that laid the foundation for social media.

“It creeps into your brain,” as the filmmaker says at one point, and there’s a good reason for that. Humans crave unified theories — something that can explain everything is comforting, even if its implications are dire. Humans also crave esoteric knowledge; in an uncertain world, where individuals feel powerless, access to secret information has always been the best defense against threat.

Q: Into the Storm illustrates what happens when that big, beautiful human brain goes haywire — its own evolutionary defence mechanisms sending it spiralling into the face-filled mental jungles of paranoid delusion. Stream it on HBO Max.