From the grassroots organization that brought Idahoans the successful ballot initiative to expand Medicaid in the state comes a documentary film about that 2018 effort, which will screen Saturday, Jan. 8 at the Panida Theater.

The film follows organizers — including co-founder and Sandpoint local Luke Mayville — of Reclaim Idaho as they traveled the state gathering enough support to result in passage of the ballot measure, which 61% of voters ultimately approved and provided health care to more than 100,000 Idahoans. 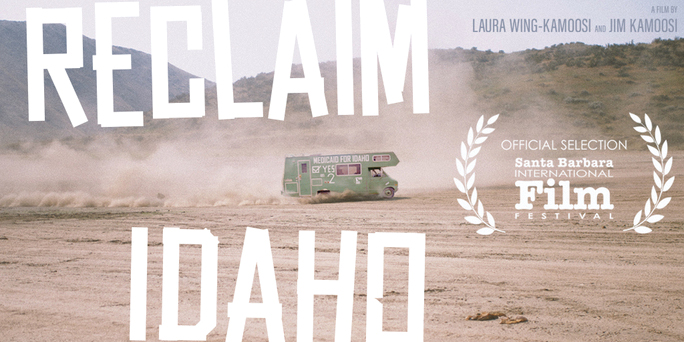 What’s more, Medicaid expansion has resulted in $400 million each year in federal funding for Idaho, as well as helped support rural hospitals and create jobs.

But the Jan. 8 film screening isn’t all about the past — Reclaim Idaho is currently collecting signatures for another citizens’ initiative, this time to put the Quality Education Act on the ballot.

According to Reclaim Idaho organizers, the act would funnel more than $300 million each year into K-12 programs around the state, as well as increase pay for teachers and school staff. As of the first week of 2022, the organization had collected more than 43,000 signatures of the required 65,000 to qualify for the ballot.

“Idaho ranks last among 50 states in education funding per student,” the organization stated in a media release. “School districts across the state, especially in rural areas, lack stable funding for a wide range of programs — including programs like welding, carpentry and agricultural science that provide students with job-ready skills.”

Meanwhile, according to Reclaim Idaho, the average teacher salary in the Gem State fell by almost $900 over the past year — a situation that has helped push an ongoing trend toward Idaho educators leaving the profession — as many as one in 10 each year, according to a 2018 report by the Idaho State Board of Education.

In addition to the film screening, Mayville will take part in a meet-and-greet with attendees, as well as present audience members with ways to get involved with Reclaim Idaho’s Quality Education Act ballot drive.

“When I speak to the audience on Saturday I will thank all of the local volunteers who helped us get this far, and I’ll urge everyone — whether they’ve volunteered in the past or not — to help us cross the finish line in the final months before our April 30 deadline,” Mayville told the Reader in an email. “The first volunteer opportunity after the film screening will be a door-knocking event the next day [Sunday, Jan. 9] at 1 p.m. in Sandpoint. With enough volunteers that day, we will come very close to collecting the total number of signatures we need from Bonner County.”

Looking ahead to the 2022 Legislature, which will gavel into session Monday, Jan. 10 in Boise, Mayville said, “it’s likely that the Legislature will do what they always do: Fail to invest in K-12 education. Even if they make modest investments, as they’ve done in recent years, those investments will not be enough to make a significant difference for our kids.”

Citing a “best-case scenario,” Mayville said Gov. Brad Little may front investments that are larger than in years past, but they still wouldn’t budge Idaho from its “dead last” position among the states for funding K-12 education.

“It would remain as urgent as ever to put the Quality Education Act on the ballot and secure over $300 million a year in support of strong programs and better pay for teachers and support staff,” he said.