Random Digital Madness: The Money Problem and the Rise of Cryptocurrency (Part 2)

In part one last week, we talked about the money problem and how cryptocurrency, or CC, resolved several problems associated with traditional fiat currency. We also introduced Bitcoin, the most well-known CC. In this section, we discuss some of the transformative core technology behind the CC movement and how it is creating a revolution, in both technology and the economy, that threatens the power of governments and global financial institutions. 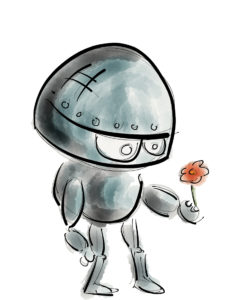 Behind the scenes of the Bitcoin software ecosystem, a number of sophisticated technologies make it all possible. The two main problems that the Bitcoin technology solves are:

Public key cryptography is the centerpiece of CC security and depends on private keys and public keys. For example, your public key is connected to the wallet from which you send or receive Bitcoin. Your private key is used to create a unique digital signature when you make a transaction. Both the recipient and the Bitcoin network use this digital signature to verify that you are the legitimate Bitcoin owner. So you could say that public key cryptography is the electronic version of a bank teller who checks your photo ID and your bank balance before cashing your check.

The online transfer of the Bitcoin is virtually immediate, but the validation process may take minutes to securely log the transaction. The new owner can then use the Bitcoin. Note that neither the sender nor the recipient need reveal who they are. The transaction only reveals the Bitcoin “address,” and the sender provides a digital signature that verifies ownership of that address. A digital accounting system keeps track of all Bitcoin that have arrived at your address, so you can’t transfer Bitcoin that you have not received.

The key to validating a Bitcoin transaction is the blockchain. A blockchain is a digital database, or accounting ledger, of all Bitcoin transactions ever made.  Thousands of identical copies of the ledgers (the “blocks”) are housed on computer nodes and provide a foolproof deterrent to hackers.

Imagine a spider’s web where each silky intersection (the computer node) houses an identical library of all the Bitcoin transactions ever made. In addition, each transaction ledger in that library is sealed, so no changes can be made. This collection of identical libraries protects Bitcoin records from being hacked because a hacker can’t possibly make changes to thousands of copies of the library. If changes in one library are noted, that corrupt node is booted out of the blockchain and becomes unusable. The crowd of “good” blockchains keeps on working.

The fact that it’s not controlled by any single authority and has no single point of failure makes it very robust, transparent and incorruptible.

Who closes and seals each block? Data miners, of course. Data miners are people who want to earn Bitcoin rewards by participating in the verification network. Miners provide a sort of “volunteer” security system and make a considerable investment in hardware to meet the complex, computationally intensive cryptology requirements to participate in the validation process.

Therefore, all Bitcoin transactions themselves are public, but the Bitcoin owner is mostly anonymous. The Bitcoin is not tied to personal information. Identity theft is virtually impossible with CC transactions.

It turns out that blockchain is an appropriate technology for operations that require a precise chain-of-custody that cannot be counterfeited or edited. For example: financial records, medical records, legal records, criminal case evidence and intellectual properties can be accurately tracked from start to finish. They can be transferred thousands or even millions of times without error. Blockchain could even provide a precise method to track nuclear weapons and components.

A revolution from the ground up

Global financial institutions originally shunned Bitcoin and other CC, but now they are trying to dominate a market that does not really require their traditional services. The value is in the well-designed, robust and secure method of making and accounting for peer-to-peer financial transactions, not in some arbitrarily assigned value of a Bitcoin.

Clearly, the CC revolution challenges the most powerful forces in the world: governments and global financial systems whose power emanates from the control of money are threatened. And Bitcoin is not the only game in town. There are several major potential CC alternatives to Bitcoin: Litecoin, Ethereum, Zcash, Dash, Ripple and Monero. Even the Venezuelan government has arrived on the scene with the petro, a CC they introduced as national currency. You might not want to buy any petros.

Governments are doing their best to figure out how to track, regulate and control CC. Financial institutions are now desperately trying to figure out how to make money from CC and to exploit blockchain for other purposes. Although traditional pundits may relentlessly call CC a scam of unprecedented proportions, some more astute analysts are quick to point out that the traditional global fiat money system is a more likely candidate to implode into massive loss of “faith and credit.” Remember that in the real estate- and mortgage-based securities crisis of 2008, one of the biggest problems was figuring out the chain of custody of all those mortgages that were bundled into debt obligations and sold in the global marketplace. At least CC has a robust accounting system. No matter the value of a Bitcoin at any particular moment, each transaction can count on a very high level of accuracy coupled with a low level of risk.

At the end of the day, because cryptocurrencies solve so many of the liabilities of traditional money systems, there may be a trend toward transforming the global financial systems into a global CC system.  I believe it is safe to say that CCs are not going away and are firmly entrenched as an alternative in the global system of money. You will know CCs have arrived when Visa delivers a CC card and the government accepts tax payments in CC.