“This is substantial, this is a huge change,” said P&Z Commission Chairman Jason Welker. “This is such a major change that I do wish the public had been more involved by workshops.”

Commissioners have looked at the proposed zoning code change already, beginning in July, when city staff brought the proposal before the body as a necessary means to realizing the concepts envisioned in the Parks and Rec. Master Plan, which includes public gathering spaces as well as stormwater management infrastructure. 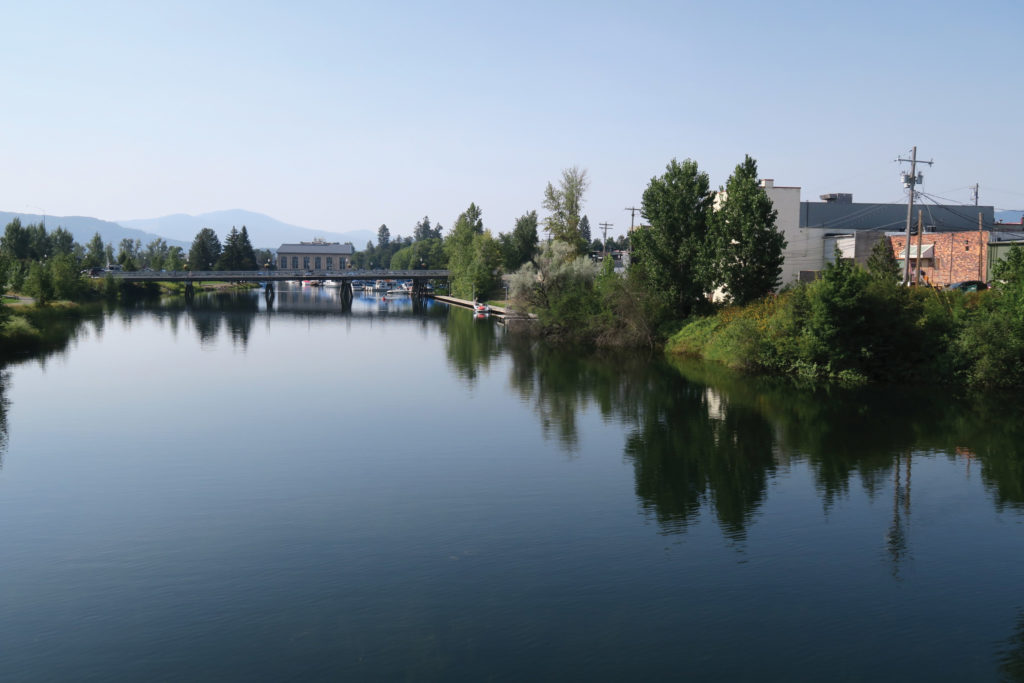 After the July meeting, commissioners cited community response to the code change when they delayed an Aug. 17 hearing to Sept. 7. It was then when a majority of commissioners agreed that the code amendment needed to include a conditional use permit requirement for anything built within 25 feet of the high water mark.

City staff returned Sept. 21 with a further revised code amendment, which interim Planning Director Daren Fluke said both addressed commissioners’ concerns that any development near the water’s edge be subject to a conditional use permit process and “is considerably more restrictive than what is in the current code.”

“Buildings are required to be set back 25 feet, full stop,” Fluke said, however, the definition of a structure — whether it be a “functionally dependent water use” or not, proved to be a sticking point with some commissioners.

The proposed ordinance allows “structures and functionally dependent water uses including but not limited to: bridges, boardwalks, stormwater systems, plazas, walkways, access stairways and features, moorage facilities, stream stabilization and art features … above or below the applicable high-water mark,” so long as they secure a conditional use permit.

Finally, the other major change in the amended ordinance is the elimination of the previous requirement that structures other than the “functionally dependent water uses” otherwise outlined be set back from the water by a 25-foot “vegetative buffer,” which has existed in code primarily as a method of stormwater management.

Though waterfront development has been on the city’s agenda for years — the Farmin’s Landing is a central part of the Parks and Rec. Master Plan, which leverages stormwater management into economic development via the reorientation of the downtown core to face Sand Creek — both city officials and residents have recently balked at the implications of building along the waterway.

Resident Pam Duquette, who has lived in the area for more than 40 years and recently retired from a career in teaching, shared her concern with the “detrimental effect of over-development” that she worried would result from the proposed code amendment.

“We start with development and it ends up being over-developed,” she said at the Sept. 21 meeting.

Resident George Rickert put a finer point on it: “How does this ordinance make Sandpoint a better place to live? Not for developers, not for bankers, but Sandpoint residents?”

Patty Shook, another longtime Sandpointian, said she “hate[s] what’s happening here” and feared that the code amendment would open up creekside development all the way to the Popsicle Bridge.

“It just makes me sick,” she testified to the P&Z commissioners. “I just beg of you not to ruin our beautiful creek just to line — further line — developers’ pockets.”

Local environmental and conservation activist Helen Yost, who leads the group Wild Idaho Rising Tide, testified that, “We really believe that these changes in city ordinance are going to open up Sand Creek to over-development into the water and there won’t be enough regulation … much less monitoring of these situations when Sand Creek gets polluted by construction or destruction.”

Yost, however, commended commissioners for asking tough questions of city staff about the intent of the ordinance change — an important balancing act of public goods such as economic development, recreation and private property rights with federal and state regulations, public access and (as had originally been the impetus for the downtown waterfront project) protection of water quality.

Resident Rebecca Holland, who cited 46 years in Bonner County, called foul on the scope of the ordinance, claiming it “points to over-development disguised as recreation,” delivering more bodies to “sitting on a deck, spending money to enrich developers and looking at the water” than could be accessing the creekside as bicyclists or pedestrians.

“This is not enhancing water quality,” he said.

Fluke, the interim planner, reminded commissioners that the plans have been on the books for a long time to increase public access to Sand Creek, and that the waterway should be considered the “front yard” of Sandpoint.

“We’re on record as a city wanting those kinds of amenities,” he said.

Commission Chairman Welker took a moment to puzzle and opine: “I kind of wonder how we ended up here.”

He said he was “wooed by the vision for Farmin’s Landing” as presented in the Parks and Rec. Master Plan, but has since become concerned that the proposed code amendment that would enable much of it will embrace too much Sand Creek waterfront — potentially opening it to development that would ultimately be detrimental to both water quality and affordability.

“It frustrates me that we’re being asked to adopt an ordinance that transforms 1,000 yards of waterfront,” Welker said, when the original plan was to focus on the “50 yards of waterfront” identified as Farmin’s Landing, or the area from Bridge Street north to the Panida Theater.

Welker said that in his conversations with downtown business owners, he found that many recognized “the future is not for them if the kind of development this could attract comes to Sandpoint.”

In recognition of community opposition and the potential long-term impact of the decision, the commission voted to hold off on a decision, though Commissioner Mo Dunkel was the sole dissenting vote, stating that while the amended ordinance wasn’t perfect (at one point asking, “What are we really getting at? What are we really OK with?”), “I would pass this as-is, with my input being there’s more to add. … This is a working document.”

Dunkel said, “I believe it is a step in the right direction,” but suggested that “developers are getting a bad name.”

The Planning and Zoning Commission’s recommendation of denial, yet request for a public workshop, will now go to the City Council, which may vote to approve the amended ordinance or take P&Z’s lead and open the issue for more community participation — date(s) to be determined.