The truth about citizen initiatives

By Luke Mayville
Special to the Reader

In military terms, a “smoke screen” is a cloud of smoke used to hide the movement of military units such as infantry or tanks.

In politics, a smoke screen is a phony argument used by politicians to hide their true intentions. 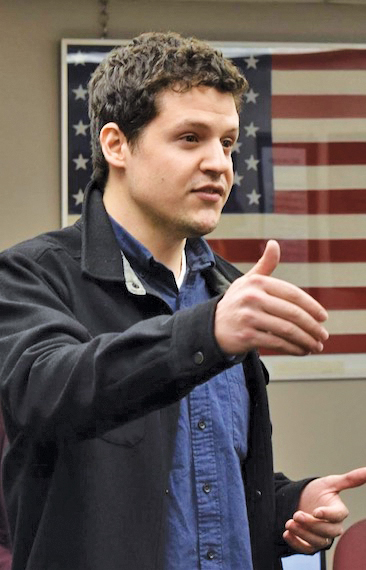 Any day now, Gov. Brad Little will decide whether to veto Senate Bill 1110, a bill that would make it much, much harder to qualify citizen initiatives for the ballot.

But rather than admit their true intentions, the supporters of this bill have thrown up a smoke screen: Their intention, they claim, is to prevent urban voters from imposing policies on rural voters.

Anyone who knows the history of our initiative process will see through their deception.

In the past 25 years, there have been three waves of attack on the initiative process by Idaho politicians. Each wave came after voters enacted laws that were broadly popular in rural and urban communities alike:

• In 1994, voters enacted term limits with nearly 60% of the vote. The Legislature reacted in 1997 by making it virtually impossible to qualify initiatives for the ballot. A new law required that campaigns collect signatures not just from 6% of voters statewide, but also from 6% of voters in each of 22 Idaho counties.

• In 2001, a federal court found the 22-county rule unconstitutional and struck it down. But in 2013, following the successful “Luna Laws” referendum campaign that won in a massive landslide, the Legislature once again attacked the initiative process and established the rule that signatures must be collected from 6% of voters in each of 18 different districts. The “Luna Laws” referendum campaign was broadly popular in rural and urban communities alike. Yet, even back then, legislators used the “urban vs. rural” smoke screen to justify the 18-district rule.

• In 2019, after Medicaid expansion won a majority of the vote in 35 of 44 counties — including dozens of Idaho’s most rural counties — politicians once again deployed the “urban vs. rural” smoke screen in an attempt to dramatically restrict the initiative process. Senate Bill 1159 passed in both the House and the Senate in the face of overwhelming public opposition. Fortunately, the bill was vetoed by Gov. Little.

• In 2021, the Legislature is back again with a bill that would give Idaho the most restrictive initiative rules in the nation: signatures must be collected from 6% of registered voters in all 35 state legislative districts. Of the 26 states with ballot initiatives, no other state imposes an all-districts requirement.

Our history is clear: The “urban vs. rural” argument is phony. There is not a single historical case of urban voters using the initiative process to impose their will on the rest of the state.

Whether it was term limits, the “Luna Laws” or Medicaid expansion, rural voters and urban voters came together and expressed their will. In each case, politicians sought to silence the voters simply because they didn’t like what the voters had to say.

Last month, when Idaho senators debated SB 1110 on the Senate floor, there was a refreshing moment of honesty. Republican Sen. Kevin Cook, of Idaho Falls, spoke of the proposed restrictions: “Is this harder to get an initiative on the ballot? I would say yes. Is that a good thing? I would say yes.”

In this statement, Sen. Cook revealed how out-of-touch he is with the vast majority of Idahoans — 80% of whom believe the initiative process is already hard enough. But at least he told the truth about his intentions. The goal of Senate Bill 1110 has nothing to do with the urban/rural divide. As Sen. Cook revealed, the bill is simply an attempt to make it much, much harder for citizens to exercise their initiative rights.

In the final days of this debate, as Gov. Little deliberates about whether to veto SB 1110, the politicians and special-interest groups who support this bill should tell the truth about their intentions and stop using rural voters as a smoke screen.

Luke Mayville is the co-founder of Reclaim Idaho, the organization that launched the successful 2018 campaign to expand Medicaid in Idaho. A graduate of Sandpoint High School, he holds degrees from the University of Oregon and Yale University, and writes and lectures on political philosophy, inequality and the political ideas of Founding-era Americans. He currently serves as an instructor in the Honors College at Boise State University.