Sandpoint officials have released the identification of a suspect in the 2018 Meandering Moose shooting. 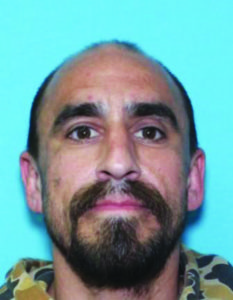 Fabian Rebeterano, 40, is suspected in the Aug. 6 shooting that left Blas Salvador Alonzo “Duke” Dias dead. He was shot by a lone male, who fired after Dias opened the door to his Meandering Moose apartment at 317 Marion Ave. The shooter then fled on foot, and Dias was rushed to Bonner General Health, where he later died of his wounds.

According to Sandpoint City Administrator Jennifer Stapleton, local police identified Rebeterano early in the investigation through a combination of “multiple search warrants, video surveillance obtained from the area and evidence recovered near the scene, including a hand gun.”

“We have been working very closely with Bonner County Prosecutor Louis Marshall and his office to bring this case to a conclusion,” said Sandpoint Police Chief Corey Coon in a press release. “We appreciate the public’s patience and support as the Sandpoint Police detectives have been vigorously working this case.”