Lauren Sanders takes over as steward of the historic theater

The Panida Theater announced Lauren Sanders as their new managing director, who will begin duties in early February. The move comes after former Managing Director Veronica Knowles resigned in late 2022 to begin working for the Festival at Sandpoint.

“The board welcomes Lauren as the Panida moves forward with the Century Fund,” said Panida Board Chairman Jim Healey. “Her experience with marketing, volunteer coordination and contracts will serve her well in the managing director position.”

Sanders told the Reader that while she wasn’t born and raised in Sandpoint, her family history reaches quite a ways back in North Idaho — and there’s a pattern of high-achieving women in her family tree, also. 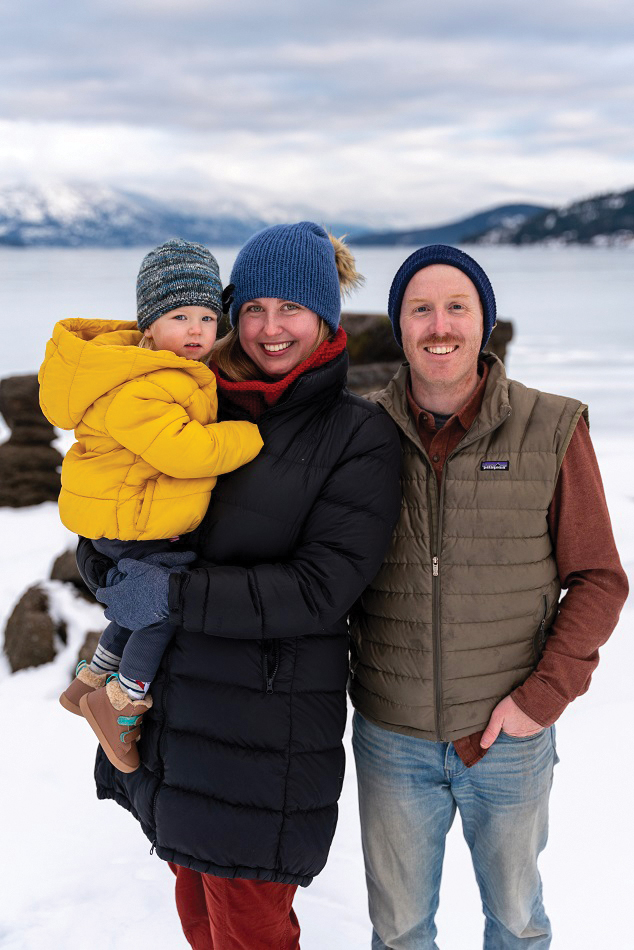 “All of my mom’s family is from up here,” Sanders said. “It actually goes back seven generations. My great-great-great-great-grandma founded the first library in Coeur d’Alene and one of my great aunts was the first woman to graduate from the University of Idaho as an attorney.”

While attending North Idaho College, Sanders lived with her grandparents and saw firsthand their involvement with the community. It instilled in her the importance of serving the place in which you live.

“I realized how accessible being involved with the community is,” she said. “I always thought you couldn’t access community involvement easily, but really, if you lean in a little, what you put into your community, you get out of it.”

Sanders graduated from both NIC and U of I, holding a degree in public relations. She also brings 10 years of experience working in marketing in communication for a variety of industries, including RM2, which manufactures “smart pallets.” Sanders was integral in guiding the company through a rebrand and helped increase its industry recognition by developing campaigns with businesses such as AT&T and Covestro.

Sanders was attending law school in Oregon when a series of events opened her eyes to higher priorities in life, culminating in a change that led to her family moving to Sandpoint.

“When I was pregnant, we had a couple we were friends with who were parallel to us in life,” Sanders said. “He got diagnosed with cancer, then there was COVID and one of my really close friends’ nephews was also diagnosed with cancer. When you have a baby, your perspective changes. Time and energy are really big new values.”

After those events, Sanders said she took a hard look at law school and reevaluated her goals.

“Being an active community member and advocating for those who need a voice is always important to me,” she said. “We were always going to move here, but it was like five years away. Seeing all that stuff, we said, ‘Let’s just push forward,’ and we decided to move here.”

After settling in Sandpoint, Sanders was hired at Kaniksu Community Health, which again gave her a changed perspective.

“That job really opened up my eyes to the needs of the Sandpoint community — especially the different populations here and the struggles people have,” she said. “It was a really great experience working for Olivia [Luther, marketing director] and Kaniksu Community Health.”

Meanwhile, Sanders is energized by transitioning into her role as steward of a beloved historic institution.

“I see the Panida as a beacon and I see it as a place that is really familiar with everyone,” she said. “I see it as a place where we can come together as a community and share experiences. It’s cathartic. I think going through COVID and quarantine and these different changes we’ve seen in our community structure has shown us that we love each other and we need this place. … Even if we might align differently with certain beliefs, we can still sit together at the Panida, laugh together and cry together in the same space. The Panida is a safe space for people to come together.”

As for her goals in her new position, Sanders said she’s primarily interested in learning the ropes and helping foster the Panida’s Century Fund campaign, which aims to generate $1.9 million in donations by the theater’s 100th anniversary in 2027.

The fund received a shot in the arm when Ting Internet pledged to match donations under $5,000 for a total of $200,000. The funds will help pay for necessary repairs to the building. With the first year goal within spitting distance, Sanders hopes to guide the subsequent phases to success before the centennial in 2027.

“I also want to get out into the community and see what they need,” she said. “We’re here to serve. I’m also here to support the vision of the board and where we’re going. I want to keep that Century Fund going so we can meet that goal. I also want to lean on more of our board members, like Katelyn Shook, who has been an incredible ally to have.”

With her background in marketing and communications, Sanders said she’s eager to improve the Panida’s interaction with the community.

“I want more consistent emails, surveys, social media and to be present at community functions,” Sanders said. “We’re here on a day-to-day basis, and we want the Panida to be part of your day as well.”

When asked what changes she’s keen to embrace, Sanders said, “I actually don’t want to change much. I just want to support the energy. People have put in so much work for this theater, so I want to push forward to our 100-year anniversary.”

In her spare time, Sanders is raising her almost-2-year-old daughter Gwen with husband Dylan Armstrong. The couple also have two dogs, Nika and Sticks.

Sanders said she used to be a yoga teacher and still loves being involved with that world. She enjoys snowboarding, mountain biking, paddle boarding and taking walks with her daughter to explore nature around Sandpoint.

“I’m honored to be in this role at the Panida and I take it seriously,” Sanders said. “I want to honor people’s experiences here while supporting this place to move forward so our community can enjoy it for the next 100 years.”

For more information about the Panida, including how to donate to the Century Fund, visit panida.org. All donations $5,000 and under will be matched 100% by Ting Internet.