The second of four films in the Panida Theater’s Pride Month series will screen Monday, June 27 and Tuesday, June 28.

Made possible through a grant from the Bonner County Human Rights Task Force, the free showings this week begin June 27 with A Fantastic Woman at 7:30 p.m.

The 2017 Spanish-language film, directed by Sebastian Lelio and written by Lelio and Gonzalo Maza, is set in Santiago, Chile and centers on Marina (played by transgender actress Daniela Vega), who waits tables and also performs as a nightclub singer. 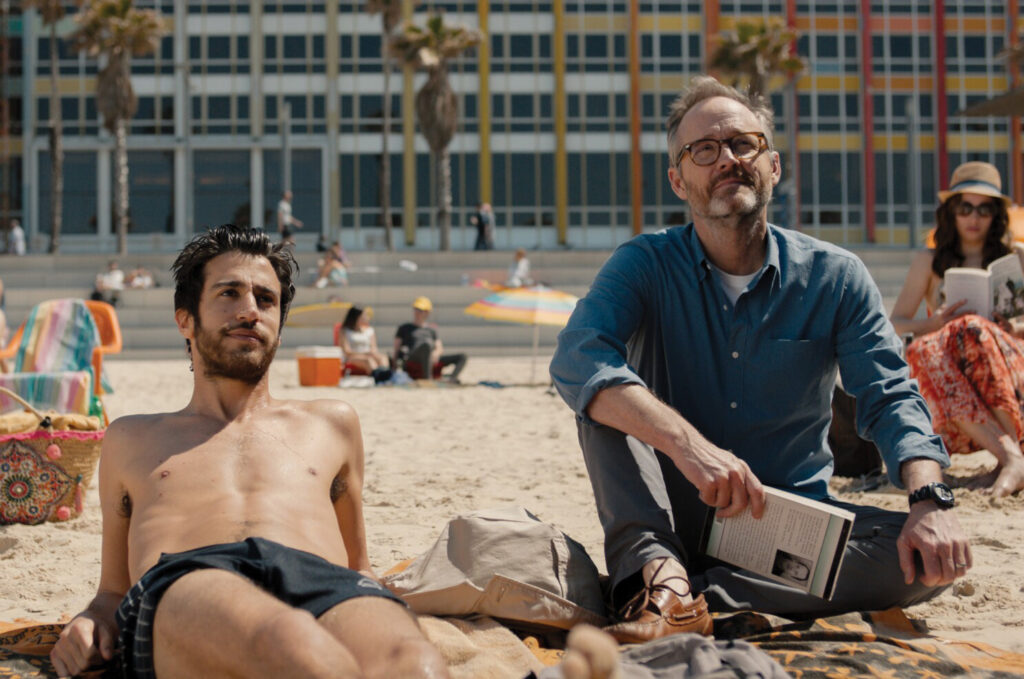 A scene from Sublet, playing June 28 at the Panida Theater. Courtesy photo.

Marina’s life takes a tragic and chaotic turn when her lover Orlando (Francisco Reyes) dies suddenly. Though his death occurred naturally — and Orlando and Marina had a committed romantic relationship — Marina ends up being suspected as a sex worker who may have killed Orlando in a scuffle. She is then forced into the humiliating position of proving otherwise.

From there, Marina is subjected to instance after instance of bigotry, rejection and denial of her basic humanity (much less her privacy and identity as a woman) as she tries to mourn her deceased partner.

The drama had a big impact when it was released, earning a Silver Bear for Best Screenplay and Teddy Award for Best Feature Film — given to films with an LGBTQ+ theme — at the Berlin International Film Festival, where it premiered. It also won the Oscar for Best Foreign Language Film in 2018 — the first Chilean film to do so — and helped spur the Chilean government to enact laws that allowed trans citizens to alter their official documents to reflect their gender identity.

A Fantastic Woman earned a 94% on Rotten Tomatoes, while rogerebert.com gave it three-and-a-half stars, highlighting the sophistication of its themes: “What does it even mean to be ‘a fantastic woman’? What does that look like? Does Marina know?”

The Israeli-American film, which premiered in the U.S. in 2021, centers on middle-aged New York Times travel writer Michael (John Benjamin Hickey) who — as the title suggests — sublets a room in the Tel Aviv apartment of much-younger Tomer (Niv Nissim).

Michael has enjoyed a successful career as an author, rooted in his experiences in New York City during the height of the AIDS epidemic in the mid-1980s. Tomer, however, comes from a much different social, economic and generational background, setting up the pair for a series of personal and philosophical disagreements that transform into a perspective-enhancing relationship for both.

Critics applauded the smart, provocative exploration of the characters’ differing views on what it means to be a gay man in the 21st century — parsing through the legacy of older gay men like Michael who helped pave the way for the younger generation to which Tomer belongs — but took a dimmer view of the romantic elements that evolve out of those conversations.

Rotten Tomatoes has Sublet with a 91% rating, though rogerebert.com only gave the film two-and-a-half stars, mainly because the attraction between the two leads didn’t feel believable.

Directed by Israeli filmmaker Eytan Fox and written by Fox and Itay Segal, the general consensus among critics was that Sublet is well-acted, beautifully shot and intelligently written, but mostly falls within the category of a “midlife crisis story” that favors “convention over risk-taking,” though does address important themes.

All films are free and doors open at 7 p.m.