Panida films take us back to ‘80s

There’s something so appealing about ‘80s movies. Whether it’s the over-the-top cheesy plots, the villains so evil they are laughable, the ridiculous montages fueled by awful pop music or the outrageous hair and clothing styles, I can’t get enough. 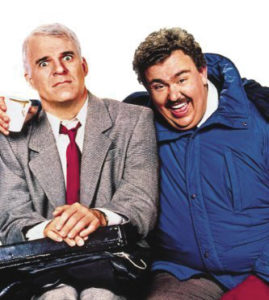 If you want to take a trip back to the awesome ‘80s, the Panida Theater has you covered the next couple weeks.

Friday, July 6, at 7:30 p.m. is another fabulous ‘80s film: “Uncle Buck,” starring the inimitable John Candy. When a death in the family causes the Russells to suddenly leave their kids unattended, they are forced to ask their lovable but rough-around-the-edges brother-in-law to come watch the kids. What follows are hilarious hijinks as the children, one of them being Macauley Caulkin, adjust to the new order under Uncle Buck.

Rounding out the weekend is one of my all-time favorites, “Planes, Trains and Automobiles.”

Starring the incredible comedy duo of Steve Martin and John Candy, “Planes” follows the arduous journey of Neil Page, an advertising executive trying to get home to his family for Thanksgiving. When fate throws Page in with Candy’s obnoxious but lovable shower curtain salesman Del Griffith, you can’t help but laugh until the credits roll. This is an excellent Hughes film that will make you laugh and cry.

Find showtimes and info at panida.org.