One Zodiac employee listed in critical condition from Newport explosion

Some more information has come in regarding the explosion at the Zodiac Aerospace facility in Newport, Wash. 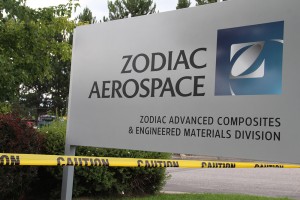 According to the Pend Oreille County Sheriff, on Tuesday, July 14, at approximately 8:53pm, an explosion occurred inside the facility. There were 15 employees inside the building at the time. All made it out of the building and are accounted for.

The Spokesman Review reported the explosion threw employees to the ground, blew windows out and lifted the roof off the walls.

Linda Bergeson and Cristina Giannone were air lifted to Spokane Sacred Heart Hospital. Bergeson is listed as stable, while Giannone has been listed in critical condition.

The Newport plant is part of Zodiac Aerospace’s “Cabin and Structures” division. It is a key supplier of plastics and other composite material used in the production of airplane cabin interiors for Boeing and Airbus.

There is no word how long the facility will be shut down or the extent of the damage of the explosion.

First responders learned that a Pre-Preg Treater machine was believed to have caused the explosion; the machine is used in the plant to make material for aircraft interiors. Shortly after the explosion a chemical odor was detected in the area. By 3 a.m., the odor had dissipated and was no longer a risk to the public. 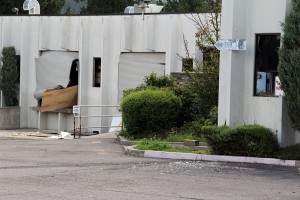 The building was damaged so severely that it was deemed unsafe to enter. The building was turned over to the owners, and they will be responsible for security and cleanup.