Exhausting the musical catalogs of our favorite musical artists, we are often left yearning for more. However, with a bit of research, chances are you’ll learn that those artists have branched off from their main work to join forces with other notable musicians. These “supergroups” and side projects often offer fans a glimpse of a different side of the artist, while also providing listeners with the fix they crave when listening to an album on repeat for many moons.

Here are some of our favorite side projects and supergroups over the years. 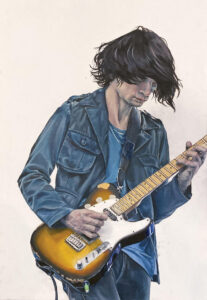 Radiohead guitarist Jonny Greenwood has infused this band of bands with a textural quality that speaks volumes. Over the years, however, Greenwood has lent his talents to a couple of totally different genres: orchestral work and movie scores. His love for classical music stems from starting out as a viola player, studying musical interests such as Messiaen and Ligeti. Aside from the viola and guitar, he plays piano, recorder and harmonica, and has expressed a particular love for the ondes martenot, an early electronic piano-type instrument that creates a “wavering” sound similar to a theremin.

To date, Greenwood has penned a number of classical works, and was hailed as a featured composer at the Southbank Centre’s Ether Festival in 2005.

Greenwood entered the movie score realm when sections of one of his compositions — Popcorn Superhet Receiver — was later worked into a soundtrack for the Oscar-winning film There Will Be Blood. The soundtrack itself was not considered eligible for an Oscar as the majority of the music was not composed specifically for the film, but Greenwood later scooped up a Best Film Score award at the 2007 Evening Standard British Film Awards for his efforts.

Other film score credits include the films Norwegian Wood, We Need To Talk About Kevin, The Master and Inherent Vice. 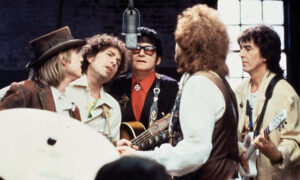 The Traveling Wilburys were a supergroup that served as a side project for some of the biggest names in music in the late 1980s. The idea originated when George Harrison (The Beatles) was in studio sessions with Jeff Lynne (Electric Light Orchestra) for his 1987 album Cloud Nine. The band ultimately formed a year later, adding Bob Dylan, Roy Orbison and Tom Petty into the mix.

The Wilburys released two albums, with songs like “Handle With Care” and “End of the Line” topping the charts. It would sadly be Orbison’s last musical effort, as he died of a heart attack in 1988, but the music lives on in our hearts as a fantastic collaboration between rock icons. 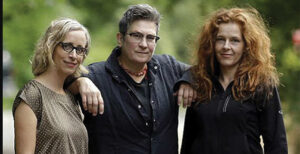 When Neko Case, k.d. lang and Laura Veirs announced they were joining forces as a supergroup to produce an album called case/lang/veirs in 2015, music lovers were overjoyed at the raw talent each member brought to the table. The album received positive reviews, with many comparing it to the Trio album in 1987 featuring Dolly Parton, Linda Ronstadt and Emmylou Harris. When asked if they would follow with another album, lang said it was destined to be a “one-off record,” but what a record it turned out to be. Each of these performers lent their powerful voices and sensibilities to make this work a creation of pure joy. 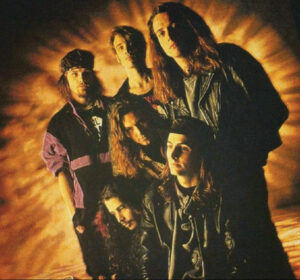 Temple of the Dog

The band released only one eponymous album in 1991, but it was not widely recognized until a year later when Pearl Jam became a household name.

The song “Hunger Strike” is the clear hit on the album, placing fourth on the U.S. charts in 1991.

The members of Temple of the Dog reunited in 2016 to celebrate the 25th anniversary of their self-titled album, but the single album remains their only output. 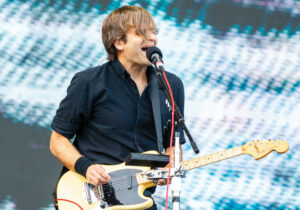 Music in the early 2000s owes a lot to Ben Gibbard’s iconic voice and songwriting. Most known for his work with Death Cab for Cutie, which has released nine studio albums to date, his side work has often shown a different side to the indie rocker.

Gibbard joined with Jimmy Tamborello of the band Dntel to produce an exploratory electronica album under their side project named The Postal Service. Jenny Lewis of the band Rilo Kelly also provided backing vocals for this critically-acclaimed supergroup which helped define the music of millennials in the 2000s.

After their debut album Give Up went platinum, The Postal Service was inactive from 2005 to 2013 when they toured in support of its 10th anniversary re-release. Some had high hopes for a sophomore album from The Postal Service, but Gibbard announced in 2013 that the band would permanently disband after the last show of the reunion tour.

Gibbard also created a studio album One Fast Move or I’m Gone: Jack Kerouac’s Big Sur in 2009 in collaboration with Jay Farrar of Son Volt and Uncle Tupelo. Lyrics on the album are based on the prose of Keourac in his novel Big Sur. Gibbard and Farrar also recorded several songs for a feature-length documentary of the same name.