On The Lake: Why BNSF rail infrastructure expansion demands the highest level of environmental review

I am writing in response to Matt Morrison’s article titled “Rail investments provide access to foreign markets and job growth for Idaho.” I am not going to spend my time addressing Mr. Morrison’s enthusiastic testimonial on the virtues of rail and global economic development. Instead, I want to point out his grossly negligent mischaracterization of the draft Environmental Assessment that has been produced for the proposed BNSF Sandpoint Junction Connector Project. 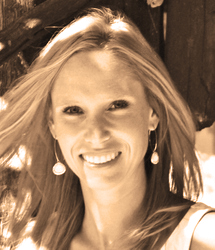 Mr. Morrison is correct in saying that the U.S. Coast Guard is acting as the lead federal agency with respect to environmental review under the National Environmental Policy Act. The rest of what Mr. Morrison shares about the validity of the EA’s findings is way off course. First, everyone needs to know that while the Coast Guard is overseeing the environmental review process, BNSF and Jacobs Engineering Group, which is the firm that authored BNSF’s permit application, wrote the EA, not the Coast Guard. What could possibly go wrong?

It’s not completely unusual for a private applicant, in this case BNSF, to author or co-author their own EA. After all, the applicant has the most in-depth knowledge about what they are proposing and needs to share that information with whoever is creating the document. However, there should be some modicum of impartiality, which is sorely lacking in this instance. If the permit applicant drafts their own EA, the likelihood that the EA’s findings support what the applicant is proposing skyrockets. BNSF wants to build three new bridges. The draft EA concludes that the project would not result in any significant environmental impacts. How convenient.

The draft EA is a deeply flawed document, littered with inconsistencies, errors, shoddy references and assertions based on zero evidence. At least, no evidence is provided. The draft EA even states that a permit was obtained from the city that doesn’t even exist for this type of project. That’s not OK.

Mr. Morrison shared “that the draft EA stated unequivocally that the new bridge would not increase the risks of any kind of spill in the area”. He’s right, it does reach that conclusion, but that conclusion is fictitious. Here’s why. The draft EA says that spill risk is a function of the amount of freight moved and the number of rail miles traveled. Fair enough. It then asserts that the project wouldn’t increase either of these factors. How can they possibly come to this conclusion when the stated project need “is based on the limited ability of existing infrastructure to handle the continued growth of freight rail service demand in the BNSF northern tier?”

They try to get away with this kind of “analysis” by not providing any numerical projections of future rail volumes. If they’re just not sure what future rail volumes are going to look like, then they can make the argument that there might be no changes in rail volume in the future. I find it extremely hard to believe that BNSF has no clue what future rail volumes might look like. But there they are, shrugging their shoulders, and repeating their mantra of a market-driven economy. Do you really think that BNSF would invest $100 million in this project if they just weren’t sure what the future was going to look like, even just a little bit? You know what could help solve this mystery for the ages? A thorough, independent Environmental Impact Statement.

This is just one example of the many shortcomings of the draft EA. I could elaborate, probably for days. Mr. Morrison calls those that are concerned about the very real potential for increased transport of hazardous materials through our community and over our water “alarmist”. What’s really alarming is the sad state of the environmental review that has been conducted so far.

For the record, LPOW is neutral on this project. We have and will continue to strongly advocate for a thorough, independent EIS. Why? Because a project of this scope deserves the highest level of environmental review. The future of our community and lake deserves the respect that an EIS would afford. An EIS would provide the framework to legitimately study all the impacts and fully assess all the risks and benefits. Most importantly, an EIS would identify measures to mitigate impacts resulting from the project. Please join us in asking the Coast Guard to require an EIS by March 25 by submitting a comment through regulations.gov. You can find the link on our website at www.lpow.org.

Shannon Williamson is the executive director of the Lake Pend Oreille Waterkeeper.