Local law enforcement officials have identified the man whose remains were pulled from the water June 7 at Sandpoint City Beach as Gary Bonser, 40, of Sagle.

According to the Bonner County Sheriff’s Office, “It is unknown at this time how long Mr. Bonser had been in the water. The cause and circumstances of his death are currently under investigation.” 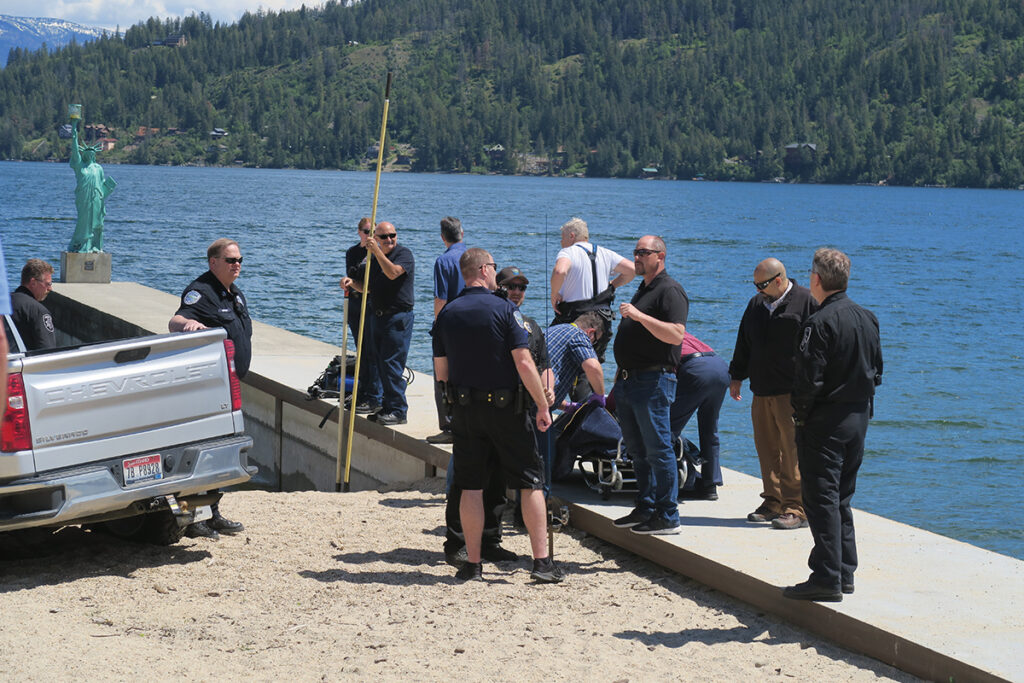 Sandpoint Police were first to respond to the call at City Beach at around 11:30 a.m. Tuesday, after a juvenile who had been fishing off the Statue of Liberty pier reported that he’d hooked onto Bonser’s clothing about 15 feet out in the water.

Police were joined by the Selkirk Fire Department as well as the BCSO Marine Department, Dive Team and detectives, who took up the investigation.

The Dive Team recovered Bonser’s body as a number of beach users looked on.

Sandpoint resident Tammy Shivel confirmed to the Reader at the scene that she saw three or so kids fishing at the pier before first responders arrived.

Oldtown resident Kourtney Tucker was visiting a friend in Sandpoint and swimming near the north side of the pier when officers arrived and told her to return to the beach. She also saw a number of young people fishing from the pier, and later told the Reader that one of them had snagged Bonser in the water.

“They pulled him up right where I was swimming,” she said. “Things like this don’t happen here.”

No further details were available by press time.