According to KTVB-TV, the report says that Zimmerman was off duty at the time and partaking in a multi-day utility terrain vehicle trip with 17 other people. The group stopped for the night to camp at the Tin Cup Campground in the Salmon-Challis National Forest in central Idaho. Liddel arrived at the campground driving a pickup truck around 10 p.m. Witnesses reported Liddle was having a difficult time backing up to park. When a member of Zimmerman’s camp approached the truck to offer assistance, Liddell reportedly responded angrily that the group was in his “spot.” Ted Stonehocker, who spoke to Liddell during the incident, said he smelled of alcohol. 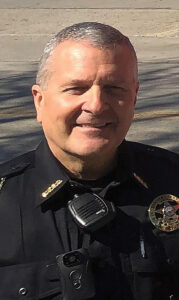 According to the report, several witnesses heard Liddell say, “All you fucking Californians coming up here with your goddamn fancy toys,” despite one member of the group sharing with him that they were from North Idaho. At that point, Stonehocker told Liddell to leave or he’d “run him off with his .41 gun,” according to KTVB. Liddell responded by saying he had a .45-caliber gun with him, then drove about 20 yards away with his headlights still pointed at the camp.

In the meantime, according to the report, Zimmerman went to retrieve a .22 pistol from his UTV — without having heard Liddell admit to being in possession of a weapon — and placed it in his pocket. Zimmerman approached Liddell’s truck, at which point Liddell exited, reportedly “stumbling and nearly falling.” He then reached into the back seat, and witnesses report hearing the slide on a semi-automatic pistol. Zimmerman took his pistol from his pocket.

Liddell turned around and reportedly fired two shots, and Zimmerman fired back “about five times” hitting the man, according to KTVB. Zimmerman then retrieved Liddell’s gun and other campers checked him for a pulse, finding none. Liddell’s bullets did not hit anyone.

A member of Zimmerman’s group rode to a nearby ranch to call authorities. Idaho State Police and Custer County personnel arrived at the campground at 1:44 a.m.

No charges have been filed in the investigation, which is being led by the Eastern Idaho Critical Task Force. Zimmerman remains the Bonners Ferry police chief, with city officials stating after the incident: “[T]he City does not feel that administrative leave or other personnel action by the City of Bonners Ferry is necessary at this time as Chief Zimmerman’s actions were in no way related to his employment with the City of Bonners Ferry.”