Political reporters have long called it an “October surprise” — a piece of news coming on the verge of an election with the potential to alter its outcome. Typically reserved for the high politics of national campaigns, the 2019 local election in Sandpoint has been uncharacteristically fraught with insinuation, rumor-mongering and allegation — much of it stewing on social media.

Two main controversies have simmered throughout the election season: one dispelled by a Sandpoint police investigation and the other only now breaking.

The first turned on the suggestion that candidate Jacque Guinan had falsified her residency in order to run for Sandpoint City Council.

The second, as the Sandpoint Reader learned Oct. 30, is that Sandpoint City Council President and mayoral candidate Shannon Williamson has been terminated from her job as executive director of the Lake Pend Oreille Waterkeeper.

“I received notice of termination today [Oct. 30],” she told the Reader. “This has been a very difficult time for me and my family.”

Though all were contacted, Waterkeeper board members did not respond to requests for comment. 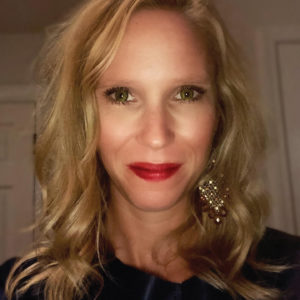 Williamson’s position as leader of the local Waterkeeper organization, which she held for eight years, had come up repeatedly in letters to the editor and online forums throughout the election season, with some casting doubt on whether she would be able to balance her efforts effectively between the full-time, high-paying job and the office of mayor. Others have publicly called on her to drop out of the race in order to avoid splitting the vote between her campaign and that of incumbent Mayor Shelby Rognstad, who some contend has a similar policy orientation and voter base, thus handing the election to contender Ken Lawrence.

Sandy Lange, who served on the Waterkeeper board for nearly three years until her resignation Oct. 22, said Williamson’s termination was “politically motivated.”

“The board was apparently offended that she did not ask them for their permission on her running for mayor,” Lange said, adding that a few weeks after Williamson filed her declaration for candidacy at noon on Sept. 6, the board expressed its concerns about her campaign.

On Oct. 8, the board met to discuss the issue with an agenda, shared with the Reader by Lange, including items such as, “Mayor race potential outcomes and possible damage to LPOW reputation”; “Appropriate salary level of ED”; “Can a full time employee also serve in capacity of mayor”; “How funding bodies may react”; and “Tacit support of opposing mayoral candidate.”

Lange said the board then gave Williamson the choice of resigning as executive director or dropping out of the race, “Which of course she turned down.”

In her letter of resignation, which she also shared with the Reader, Lange put a finer point on the matter: “I became a Waterkeeper Board member to pursue water quality issues, not to malign, slander and smear a human being’s right to pursue a political ambition.”

According to Lange, the board had never expressed any displeasure with Williamson’s performance at the Waterkeeper during her six years on the City Council — four as council president — saying, “They entrusted her implicitly” and her position in city government was “a favorable thing.”

“They ruined a good thing. We had an excellent working relationship among us,” she said. “It’s been very unsettling. I was just appalled, really appalled that they would come to this.”

The other controversy of the election season, surrounding the residency of council candidate Jacque Guinan, played out only a week or so before the news of Williamson’s termination.

It all started with a social media post dated Aug. 7, in which Guinan — a well-known commentator on conservative websites such as Redoubt News — seemed to suggest she lived in the county, rather than the city, and called on county residents to attend an upcoming City Council meeting to oppose Rognstad’s “social equity and inclusion initiative.” The post — which was subsequently found to be copied and pasted from another Facebook user and taken out of context — prompted Sandpoint resident Gail Bryan to contact City Clerk Melissa Ward to formally challenge Guinan’s candidacy on the grounds that she had not been a resident in the city for the required minimum of 30 days prior to filing her declaration for candidacy, which was due between Aug. 26 and Sept. 6. 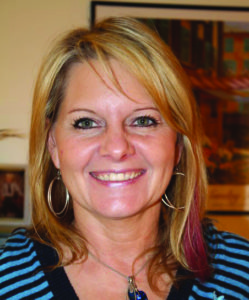 Bryan contacted the clerk’s office with her concerns on Oct. 7, and four days later Sandpoint Police Officer Steve Chamberlain filed a report detailing his investigation into Guinan’s residency. After interviewing Guinan and her husband, her former landlord in Ponderay, current landlord in Sandpoint and a neighbor — as well as reviewing rental agreements and a utility bill — Chamberlain concluded, “the Guinans have resided [in Sandpoint] for over a year prior to Jacque’s Declaration of Candidacy.”

“This is the first time we have to investigate a complaint like this… that I am aware of,” Sandpoint Police Chief Corey Coon told the Reader in an email.

As word of the investigation started making the rounds in various Facebook and email groups, the matter was brought to the attention of the Idaho Secretary of State. According to records, Guinan remained a registered Ponderay voter until Aug. 16 and cast a ballot in the 2018 general election, despite signing a rental agreement in Sandpoint effective Sept. 1, 2018.

Concerned that this discrepancy may represent an instance of voter fraud, another constituent took the matter to the city of Ponderay.

“Wherever you live in the county or the city, you can vote in a county election,” said Ponderay Mayor Steve Geiger. “I don’t see any major issues.”

Charlie Wurm, senior elections clerk for Bonner County, said “it’s not unusual for people to move and wait to change their registration address. … As far as elections are concerned, that’s fine. We’re not ready to push anything toward [Bonner County Prosecutor] Louis [Marshall] on this.”

That said, Wurm added, “We have not run into anything like this before, since I started here anyway.”

Despite the lack of any identifiable impropriety, there has been drama aplenty surrounding Guinan’s residency and voting record.

“I will be honest; my life has been a living hell over the last few weeks, with false accusations, embarrassing visits to my neighbors by police, public slander and harassment, covert threats for my safety if I didn’t drop out and fears of prosecution for crimes I have not committed,” Guinan wrote in an email, characterizing the “false and frivolous investigations” as “an attempt to smear me and derail my campaign.”

Gail Bryan, who brought the initial complaint to the Sandpoint city clerk, said she’s satisfied with the outcome of the investigation and stands by her decision to raise the issue with officials.

“I’m glad I did it because I think it needed to happen. There were questionable postings that made me doubt whether she was a valid candidate,” Bryan said. “I did what I thought I was supposed to: Went to the city clerk and said, ‘I have these questions.’”

That said, “Would I do it again? Probably not,” she added, saying that she has undergone harassment mostly online via social media, but also in the form of late-night phone calls.