North Idaho Voters Services: ‘getting beyond extremism’ in Idaho politics 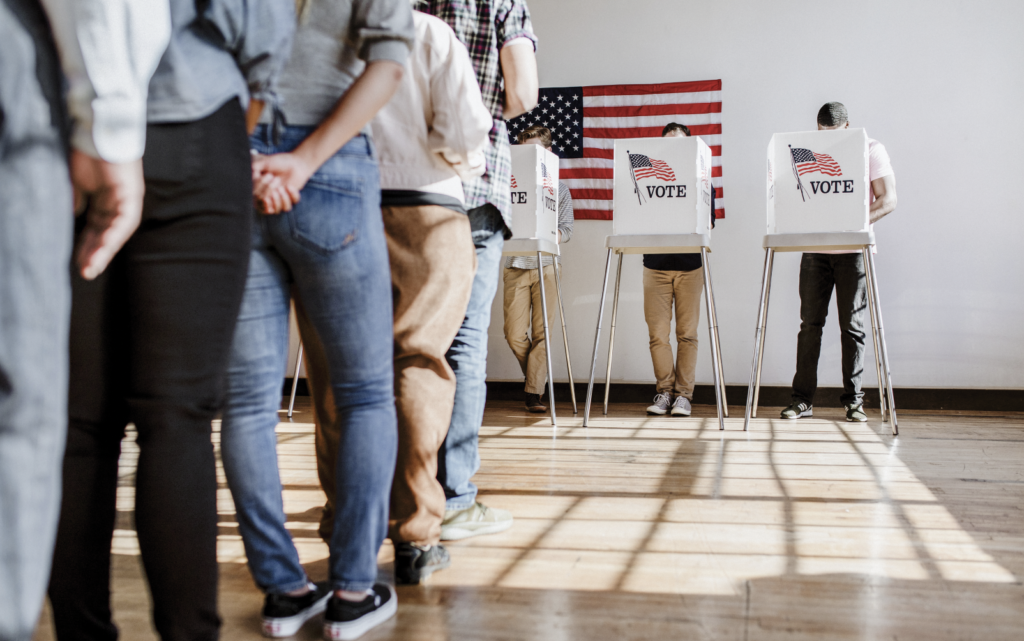 An independent streak has long been a feature of politics in the Idaho panhandle. Whether that skewed to the right or left of the political spectrum has depended on the decade, but observers of the region have been right to notice a distinct trend toward ever-increasing ultra-conservatism.

What started off slow in the early 2000s ramped up in dramatic fashion following the election of Donald Trump as president in 2016, then positively exploded amid the COVID-19 pandemic over the past two years. As recently as March 7, the Associated Press produced a report on Idaho — and North Idaho in particular — as it continues to experience a massive boom in politically-motivated in-migration. “Realtors to conservatives living in liberal areas: Try Idaho,” stated the headline on the AP story, which was published in major newspapers around the country.

The narrative in the piece is a familiar one to local residents: Fueled by out-of-area marketing from explicitly right-wing partisan groups, multitudes of people have pulled up stakes in larger (“blue”) cities to cluster among small-town charm, world-class recreation and housing that’s cheaper in relation to the urban areas from which they have fled. In many cases, packed in their moving vans is a lot of political baggage about “liberal politics” that has had an outsized influence on the types of candidates, issues and debates that have come to dominate local conversations.

As Idaho moves toward what is sure to be a fractious primary election on May 17 — with the deadline for candidate filings on Friday, March 11 — one local group is trying to pump the brakes on the extreme partisan influence over state and local policymaking.

Sandpoint-based NIVS — which can be accessed online at northidahovoterservices.org — is geared toward helping citizens parse through candidates and issues, as well as provide information to make voting more informed and convenient.

“We are nonpartisan in that our work is dedicated to getting beyond extremism, whether that’s from the left side or the right side, but in our area obviously the far-right is much more prevalent,” said Diana Dawson, NIVS founding director.

Dawson said the mission of NIVS grew out of a research project conducted in 2018 and 2019, which in part verified that the region’s politics were indeed taking a much more rightward bent due to inward migration.

The upshot was that experienced candidates began to lose races to newcomers who often had little grasp on the realities of everyday life in the region, yet drummed up support with hard-right talking points that had more to do with national issues than local concerns.

Based on data drawn from polls, focus groups, interviews and demographic analysis, Dawson said the project identified that while most North Idaho voters identified themselves as “conservative leaning,” they “didn’t want ideologically driven folks that have fringe ideas.”

Yet those “ideologically driven folks” were routinely riding their “fringe ideas” to victories at the ballot box, “and the question was, ‘Why?’” Dawson said.

That answer, according to NVIS organizers, was a combination of things: voters being too busy to research the candidates and defaulting to party loyalty, or simply not voting because they’re turned off by ugly rhetoric; the closed Idaho GOP primary, which shuts out anyone who doesn’t want to formally affiliate as a Republican; and voters’ lack of access to reliable, easy-to-find information on which to base their decisions at the ballot.

Attempting to cut through the various partisan echo chambers, NIVS features pages on the nuts-and-bolts of voting, including sample forms, important dates and addresses, and declaring party affiliation; listings of Legislative District 1 candidates; information about the Legislature; curated news articles touching on candidates and issues; and a primer on political parties in the state. In addition, visitors to the NIVS website can sign up for news alerts.

“All we want to do is make it as simple as possible for people to vote,” Dawson said. “We know that we live in the world of nanoseconds and people get so much of their news off of Facebook, so how can we make it quick and easy to learn about the candidates?”

This election cycle may be particularly important, Dawson added, describing it as a “line in the sand” for competing factions within the Idaho Republican Party, which has controlled state politics for so long that its fiercest contests come from within.

“I don’t think people realize that the primary is where our election is determined — it’s not the general — and if you don’t get out and vote in the primary you have lost your opportunity to vote for the best candidate,” she said. “You leave the decision to a small group of folks with very extreme views.”

For Barbara Schriber, the past few years have also felt like a political line in the sand, which drew her to NIVS as one of its directors.

A registered Republican for the 20 years during which she’s lived in the Sandpoint area, Schriber said she’d become increasingly frustrated with what she saw as a lack of representation from state and local policymakers, who too often focused on issues that had little if anything to do with the real needs of their constituents.

“You look at everything that’s going on right now — just the growth of Sandpoint and the challenges that’s bringing with housing, employment, the cost of everything, and then you look at what’s being done at the state and local levels and nothing is being done about it,” she said, adding that that’s the real purpose of NIVS: “to promote candidates that are putting the wellbeing of Bonner County and Boundary County citizens first.”

But not everyone in state politics is convinced that making it easier to vote or run for office is advisable. More so than in previous years, a number of bills have been advanced during the current legislative session that, while ostensibly geared toward election security, function to make it more difficult to participate in elections.

For instance, Dawson and Schriber pointed to shortened deadlines for party affiliation, which is necessary to vote in the Idaho GOP’s closed primary, as well as candidate filings. Meanwhile, the House of Representatives voted 37-33 on March 7 to pass a bill that would ban absentee ballot drop boxes in a number of locations around the state, including it’s largest population center in Ada County.

Proponents, including bill sponsor Rep. Priscilla Giddings, R-White Bird, a far-right legislator who is running for lieutenant governor, said it’s a means to “reassure voters of the election security in Idaho.”

Opponents, which included a number of fellow Republicans, pointed out that Idaho elections are among the best administered in the country and absentee ballot drop boxes are critical for rural and elderly residents to vote.

Rep. Randy Armstrong, R-Inkom, said plainly that ease of access to the ballot isn’t a high priority: “It doesn’t need to be convenient, it needs to be important.”

That runs counter to the goals of NIVS.

“We need candidates who are looking for solutions to address real issues that our community is facing — who don’t have an agenda, and with so many local politicians that I’ve seen and the research I’ve been doing, there’s an agenda tied to it and what I’ve seen is the agenda is removed from the community,” Schriber said.

To accomplish that, Dawson added, “It just gets back to getting voters to vote. Democracy is not permanent. We can lose it overnight.”