Check out these recently released titles from Sandpoint area authors

The novels of Hope writer Bill Percy center on the kinds of issues you’d find in the news: school shootings, tax evasion conspiracies, sex trafficking in rural America and political infighting. His “Monastery Valley Series,” which with the addition of Standing Our Ground now stands at four installments, is a dramatic, hard-bitten journey through the underbelly of a small town in southwestern Montana. 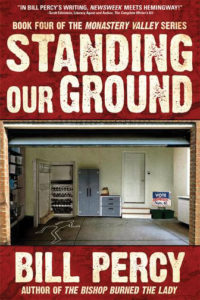 As its title suggests, the new novel focuses on the “stand your ground” defense as it relates to the shooting death of a 14-year-old boy. As with Percy’s other “Monastery Valley” books, the central characters are Sheriff’s Deputy Andi Pelton and Ed Northrup, the town psychologist, whose romantic relationship provides the lens through which to view the narrative arc.

With Standing Our Ground, however, Pelton is thrust into local politics, as she’s forced by circumstance to run for the office of sheriff while her investigation into the real motives behind the shooting collide with a concerted — and shady — smear campaign controlled by a mysterious outsider.

Percy, a retired psychologist, grapples with difficult questions about the emotional justification for murder and how to portray those inner struggles without succumbing to stereotypes.

Catch a reading of Standing Our Ground by the author Wednesday, Feb. 19 at a fundraiser for the Hope Memorial Community Center (415 Wellington Place in Hope). Scheduled for 4 p.m., the first 20 reading attendees who donate at least $20 to the community center will receive a free copy of the book.

Learn more about Percy and his work at billpercybooks.com. 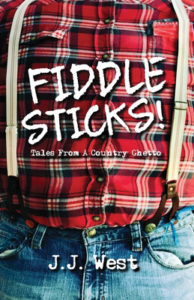 In a lighter vein, J.J. West — the nom de plume of two local writers — recently released Fiddlesticks! Tales From A Country Ghetto, a compilation of 36 short, humorous stories revolving around a retired farmer whose boarders are anything but boring.

As described by various press releases and reviews, Fiddlesticks! is a raucous, raunchy, rollicking ride through the off-kilter lives of rural Idahoans who range from grifters and drifters, to stoners and strippers, wanna-be cowboys and country thugs, religious zealots and “chainsaw jihadists” — all revolving around “bumbling old George himself.”

Called “Patrick McManus and Mark Twain gone bad,” other summaries include “a modern-day Cannery Row of North Idaho” and a theoretical “Little Politically-Incorrect House on the Drunken Prairie,” according to the author(s).

Published by Sandpoint-based Bonner Media in November 2019, these tales of “life, liquor and lewd conduct” live up to the fledgling publishing company’s mission of encouraging “everyone to lighten up and laugh a little at the world around them.”

Find Fiddlesticks! at local booksellers and major online retailers, where paperbacks go for $15 and the ebook sells for $4. Get more info by emailing [email protected]