What kind of sorcery is this (and why do I like it so much?)

In the salad days before the coronavirus, I recall a pivotal moment in my beer-drinking existence. I was having lunch with Reader Editor Zach Hagadone at Utara Brewing Co. and, as was our custom, we enjoyed a fine local brew to go with their fast casual Indian cuisine.

I was torn between two choices they had on tap: a special brew with a sharp gin taste and a tangerine pale ale. Utara owner Dave Kosiba put both hands on the bar and said, “Have you ever tried mixing beers?” 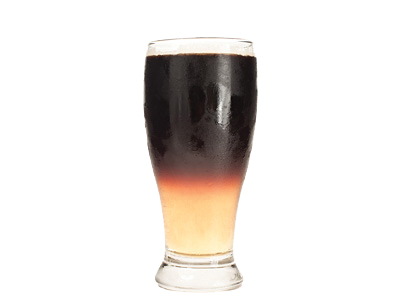 The Black and Tan.

The suggestion seemed blasphemous at first. Mixing beer? Do I look like the type of guy who puts ice cubes in his red wine? Who puts A-1 sauce on his steak? Who wears socks and flip flops?

Kosiba then poured a taster half full with the gin brew and half full with the tangerine brew, and slid it over the bar to me without a word. I sipped it and felt the confluence of two very different tastes merging into a wholly new flavor. It was as if the sweet tang of tangerine bliss calmed the dominant juniper flavor. I set down the taster and immediately abandoned my snobbish, predisposed idea that beer mixing was sacrilege — I ordered one, then another, and haven’t looked back (note to Utara: Consider calling this concoction the “Tangerine Raj,” if you ever put it on the menu).

Beer mixing is hardly a new fad. Quaffers in England have been blending different beers since at least the 17th century. One famous concoction is the “black and tan,” which is a beer cocktail made by layering a pale ale and a dark beer (they call the drink “half and half” in Ireland, because the term “black and tan” is considered disrespectful, owing to its reference to the uniforms of the British-paid police force during Ireland’s 1920s war for independence from Great Britain).

When pouring the drink correctly, a server will take special care to pour the dark beer on top of the pale ale with an inverted spoon so that the two distinct layers are kept separate. The result is not only delicious, but aesthetically pleasing.

Fast forward to modern times and it’s clear that beer mixing is very much enjoying a surge in popularity. Perhaps it’s due to the fact that many alternatives to beer have emerged on the market, including Truly and White Claw hard seltzers. Or it’s due to the ever-changing taste preferences of beer aficionados, who are always looking for the next big thing. Either way, beer mixing is again enjoying its moment in the sun.

In celebration of this resurgence, here are some of my favorite beer mixtures. When the bars and breweries are back in full swing, don’t be afraid to ask your bartender for their favorite combinations.

As noted above, pour a half a glass of pale ale (I actually prefer Harp lager), then invert a spoon and carefully pour a dark beer (Guinness is my go-to) so that it floats on top of the lighter ale. Éirinn go brách!

The radler or shandy

The radler or shandy is gaining traction in today’s beer-drinking market. Take a pilsner, hefeweizen or any other lighter beer and mix it half and half with lemonade or lemon-lime soda. The result is a light, refreshing drink that is popular on hot days, or if you’re at a daytime barbecue and you’d like to meter your drinking to avoid the dreaded evening hangover.

The radler was first concocted in 1922 by a Bavarian man named Franz Xaver Kugler, who was hosting a gathering for hikers and cyclists on a hot day in June and realized he didn’t have enough beer to go around for everyone. So he mixed what beer he had left with lemon-lime soda to extend the supply and was pleased that those in attendance responded positively to his mixture. The name “radler” honors the cyclists in attendance (radler is the German word for cyclist). 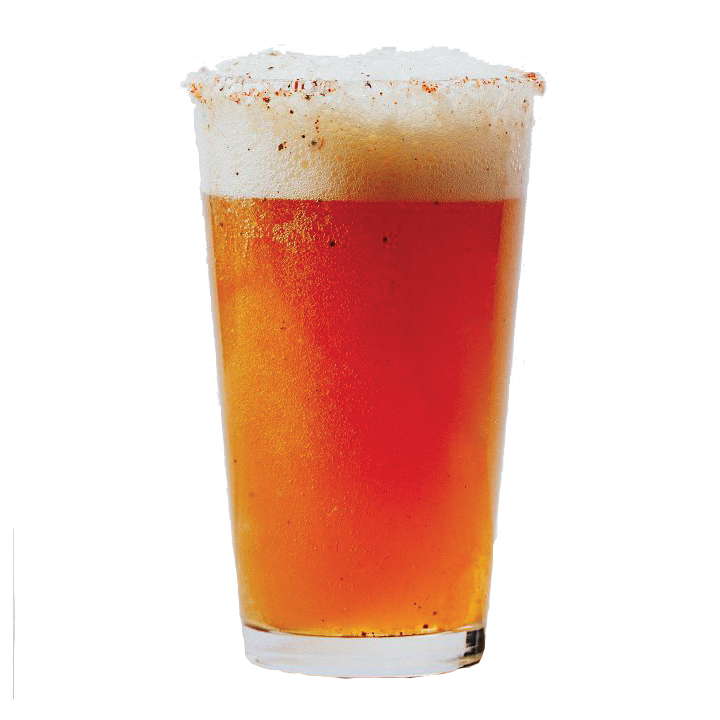 The Michelada is quite a drink. Imagine a bloody mary from south of the border. One popular story of this beer cocktail’s inception goes back to 1960, when Michel Esper, a customer at Club Deportivo Potosino in San Luis Potosi, Mexico, began asking for his beer with lime, salt, ice and a straw in a special cup called a “chabela,” as if it were a beer lemonade, or limonada. Other members of the club began asking for “Michel’s limonada” with the name shortening over time to Michelada. As time went by, bartenders and drinkers alike added other ingredients, and today there are myriad variations.

The classic Michelada is made by running a lime across the rim of a mug, then dipping the mug in Tajin, a popular seasoning in Mexico containing mild chili peppers, lime and sea salt. Then add ice, squeeze more lime juice, add a dash of Worcestershire sauce, two dashes of habanero pepper sauce, then fill with 4 oz. Clamato and top with a Mexican beer (Pacifico or Negra Modelo are my favorites). Garnish with a lime wheel and click your heels, you just made a Michelada.

This recipe goes back to 1860s London, when it was first made by a bartender of Brook’s Club in London to mourn the death of Prince Albert, Queen Victoria’s prince consort. The drink is supposed to symbolize the black cloth armbands worn by mourners.

This simple beer cocktail can be achieved with just two ingredients: Guinness and champagne. The two are mixed in equal parts, and the result is an elegant layered drink that merges the earthiness of Guinness and the levity of champagne.

The Kentucky Derby has come and gone, but break out your biggest hat and celebrate in the yard with a special drink that combines so many delicious flavors.

The sweet honey and herbaceous basil merge with vanilla and toasted oak bourbon flavors to make this carbonated beer cocktail a perfect twist to the mint julep.

In a shaker pint, muddle basil leaves with 1/2 oz. of honey syrup. To make the honey syrup, bring 1/2 cup of water to a boil, reduce heat and stir in 1/2 cup of honey until completely dissolved. Cool before mixing.

After adding the honey syrup, add 1 1/2 oz. of bourbon and ice, then shake vigorously and strain into a glass over ice. Top with a few ounces of pale ale and garnish with a basil leaf.