Made for the Mongol Derby

Lena Haug is a dedicated equestrian and adventure seeker, and plans to prove it in the most awesome way possible: competing in the 2021 Mongol Derby, the longest — and toughest — endurance horse race on the planet.

“My whole life revolves around exploration and trying out new things — pushing the limits of what you can do outside,” she said.

As far as callings go, Haug found hers organically; without any prior exposure to the equestrian world, she decided she loved horses.

“I constantly talked about them,” she said. “I was obsessed with them.” 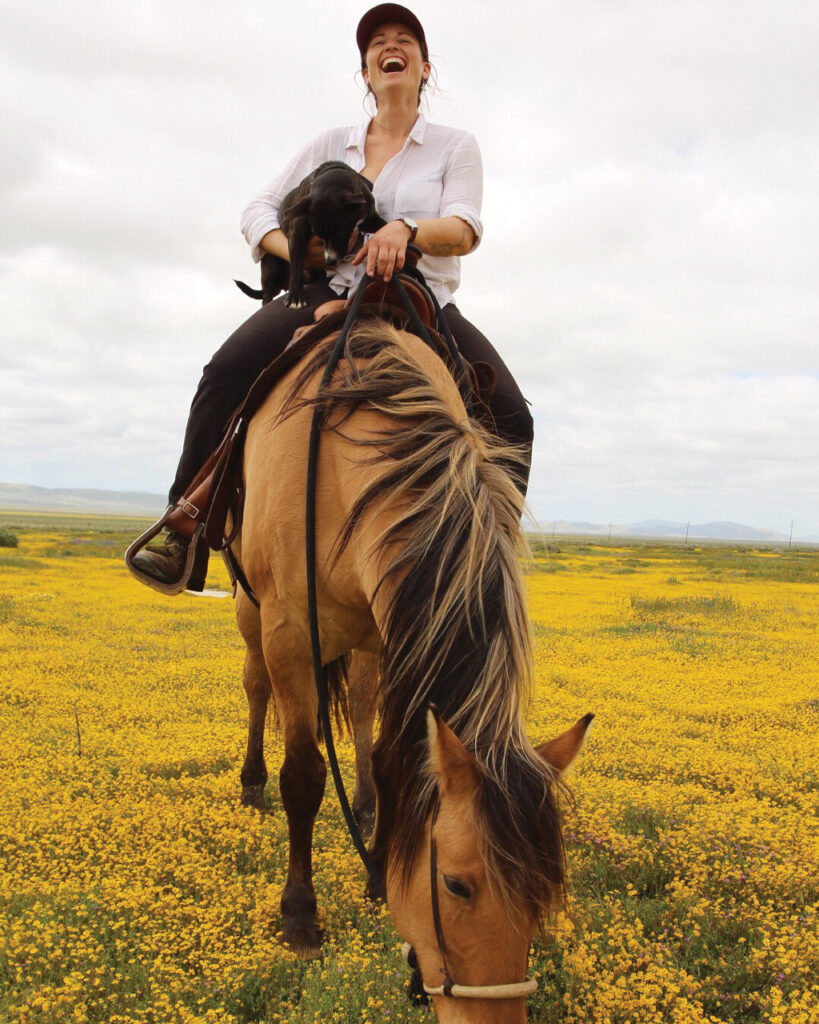 She recalls being 4 or 5 years old, staring and pointing out of car windows when they passed horses. She was first able to ride in Kindergarten, thanks to a friend’s family having horses. When she resolved to have a horse of her own, her mom said she could — as long as Haug was the one to purchase it.

The Mongol Derby is the pinnacle of Haug’s passions, where outdoor adventure and horsemanship collide on the world’s biggest stage: the steppes across which Genghis Khan and his expert horse warriors once rode.

In August, racers will arrive in Ulaanbaatar, Mongolia, and partake in three days of trainings prior to hopping on near-wild horses and spending the next 10 days navigating the Mongolian grasslands on a 1,000-kilometer (roughly 620-mile) racecourse that mirrors Genghis Khan’s horse messenger system during the 13th century.

“It’s not just riding horses — green horses, at that — but it really involves a lot of bigger-picture … thought around, ‘How do I do this for a long period of time — keep myself safe, keep my horse safe?’” Haug said.

While her experience guiding horseback tours in the Andes of South America and career as a horse trainer have prepared Haug for the equestrian aspects of the Mongol Derby, her latest professional endeavor as a pilot has prepared her for the navigational requirements of the ride.

Beyond the physical demands of the journey, Haug knows mental strength will also be paramount.

“This is a race of patience and creativity, mentally,” she said, noting that part of her preparations has been learning about the culture of the nomadic peoples of the steppe. “A goal of mine is to really take in the landscape and the culture.”

Along the way, riders will change mounts every 35-40 kilometers, choosing a horse from a local herd offered by the people who live there. Mongolian families will also house and feed riders along the way. Haug said she’s learned that traditional Mongolian culture reveres horses as spiritual beings, and keeps them as undomesticated as possible — meaning the ability to communicate and build trust quickly between horse and rider will be key.

“It’s really unpredictable, right? Because you’re riding three to four horses a day, all of which are relatively wild,” she said, adding that in conversations with past competitors, they told her that for the “first mile, you’re just going to be riding a bucking horse.”

That uncertainty — along with the knowledge that many riders don’t make it to the finish line for a variety of reasons — is cause for some nerves, Haug admitted. She expects to be thrown from a horse once or twice on the journey — “That’s just a matter of time,” she said — but does worry about one of those incidents ending in injury.

“I’m a really good rider and I have a lot of experience with young horses,” she said, “but anything could happen.”

Haug is also a little worried about coming across unstable ground — particularly a bog, somewhere soft that a horse could get stuck. She admits that this specific fear might be a bit irrational, as it is mostly based on a bad past experience while on horseback. Ultimately, Haug said she will trust her horse to recognize such pitfalls.

“Those horses know [the land] — they roam free, there’s no fencing,” she said, adding later, “They know that land better than anybody.”

Haug is currently working to raise funds to cover the $14,500 entry fee, which is used to compensate the Mongolian families and other specialists who make the race happen.

“Every family that is offering their horses and their homes up, the veterinarians, the medics — all of those teams get paid,” she said.

As Haug continues to collect the funds and equipment necessary to race in the Mongol Derby, she’s also preparing physically — running, cycling and, most importantly, riding. Luckily, it’s something she’s been called to do from an early age.

“The main thing is just getting time in the saddle,” she said. “Getting bow-legged.”

To learn more about Lena Haug’s journey to the Mongol Derby, or to support her efforts to prepare for the race, visit her blog at lenahaug2021mongolderby.com. Also find her on Facebook at facebook.com/WildesseHeart.