Mad About Science: The science of golf

Editor’s note: Brenden Bobby is out sick this week, so Publisher Ben Olson is donning the mad scientist jacket this week. Get well, Brenden.

The physics involved with hitting a little white ball with a golf club are more complex than one might imagine. Those who have never played the game might think it’s a simple process of grabbing a club and whacking a ball, but anyone who has played 18 holes knows how difficult it can be to hit the elusive “perfect” shot. 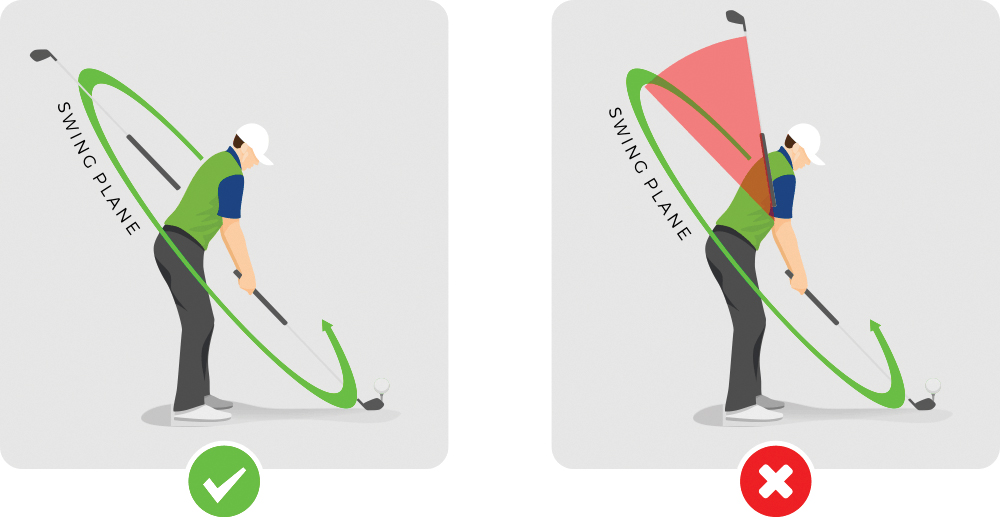 To start with, the game of golf is about chasing, rather than achieving, perfection. The most perfect golf shot you’ll ever hit could result in a hole in one, or the ball could take a weird bounce and end up running off the green and carried into the sand trap by a gust of wind.

The best golfers know and understand that they can inch closer and closer to the edge of perfection with years of diligent practice, but there lies a bit of magic somewhere that makes this game one of the most enjoyable and frustrating sports.

While a good golf swing might seem like magic, it’s actually a series of interconnected muscle memories, strung together with the goal to eliminate as much variance as possible from swing to swing. Think of it as a Rube Goldberg machine, whereby a chain reaction of events occurs in a planned sequence. If one action is off slightly, it can throw the whole machine out of kilter and send your ball into the nearest pond.

While there is no perfect golf swing, just as there is no perfect golf shot, there are some generally agreed upon actions that affect the overall flight path and distance of a well-struck golf ball. The two main components that go into golf swing physics are good swinging speed of the arms and shoulders, and uncocking the wrists at the right moment so the club connects squarely with the ball.

The first aspect is fairly obvious. One must generate enough club head speed through their swing to hit the ball hard enough so that it travels an appropriate distance.

The second part is a bit more complicated.

To understand the physics of a golf swing, you must first consider the mechanics of rotational motion. When an object travels in a circle (your club head), it moves outward if not constrained. Imagine sitting in your friend’s car and they suddenly make a sharp right turn. Those who aren’t buckled in might go flying across the car to the left. This effect is called centripetal acceleration.

Because velocity is a vector quantity (it has both a magnitude, a speed and a direction), when a body travels on a circular path, its direction constantly changes, which means its velocity changes, producing an acceleration.

A club head is attached to the grip, and thus your hands, so it won’t fly away, which means you can channel the energy and acceleration to produce a preferred outcome.

A typical golf shot will see the golfer take the club back, low and slow, to create an arc. Imagine a hula hoop on a slant — your club head will follow this path. As the shoulders and arms rotate back, your hips follow and, at the top of the backswing, your wrists cock to “load” the shot. When starting the downswing, the sequence is reversed. The wrists “drop” into the hula hoop swing plane and uncock at precisely the right moment to return the club face to square as it strikes the ball. The follow through ensures that you swing through the shot, not “stab” at it.

It’s the uncocking of the wrists that straightens out the clubface, as well as providing additional speed, which translates into a harder hit ball. The best golfers swing the club just over 100 miles per hour, which can create a ball velocity of more than 160 miles per hour.

Every swing is different, but the goal is for each golfer to find that ideal point to uncock their wrists prior to the release point. If all the elements are in line, the result could be that effortless golf shot that you can feel ringing in your loins; but, if just one aspect is off, you could dig a divot the size of a beaver tail and watch the ball dribble a few feet ahead of you.

This is, of course, a very simplified version of the golf swing. There are many other variables to consider, like hitting the ball on the “sweet spot” of the golf club, instead of off the toe or heel, or the loft angle of the club or determining where the club strikes the ground in relation to the ball.

So much effort goes into this point of impact, which lasts about 0.0005 seconds with a force of up to 2,000 pounds.

Golf is still a magical game to most of us who play it; but, broken down into physics, it’s a simple equation of finding the ideal swing speed and swing plane to send that Titleist 300 yards down the middle of the fairway.