Mad About Science: The Internet

If you’re reading this, you’re probably familiar with the frustration involved with a slow internet connection. Fiber optic networks are still being actively developed in Sandpoint, but if you’re outside of city limits or the expansion zone, you’re pretty much out of luck and left paying an inflated bill for outdated technology.

I’m not calling anyone out here, I get it: Building communication infrastructure is expensive. Our devices are getting smaller and smaller, but our bandwidth requirements are getting bigger and bigger. How many hours have some of you spent Facetiming with your significant other(s) across the planet in quarantine?

Traditionally, our digital media has been delivered through cables. Think of these cables like a pipe delivering a non-stop flow of delicious smoothie juice to your house from a vat across town. This is wonderful! Smoothies for life! Not being a greedy sort, you tell your neighbor about the magic smoothie pipe, and they hook up to it as well. Some of the smoothie juice is now being diverted toward their house — you probably won’t notice a change. 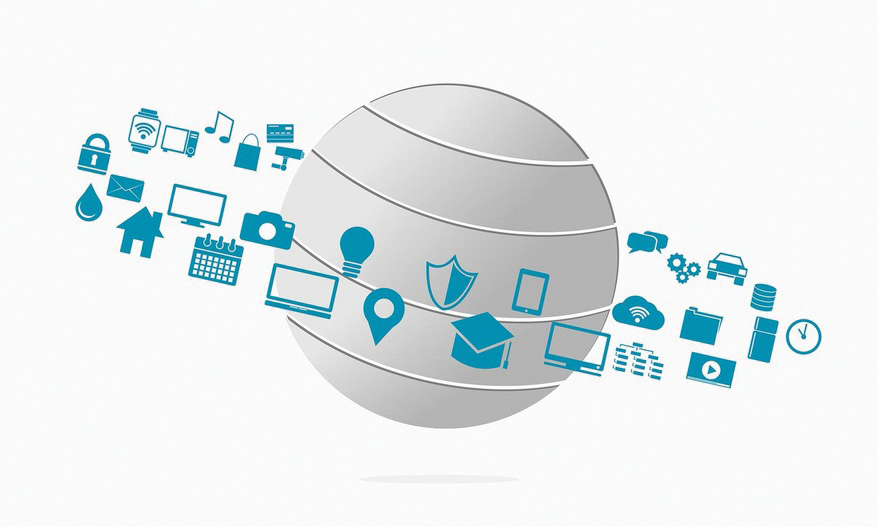 Now that your neighbor has started talking about the smoothie pipe, everyone in your neighborhood wants to get hooked up to it. Suddenly, you’re only able to squeeze out a smoothie a day, if you’re lucky.

When it comes to the internet, this is called bandwidth, and it’s the amount of data you can send or receive at any given time. If your kids are watching Netflix while you’re trying to play World of Warcraft, your connection will be devoting most of its resources to the streaming service, as it’s actively consuming the most data, which will cause your actions in WoW to be delayed — pushed to the side until your network can send and receive that “less important” data. This is referred to colloquially (and sometimes screamed through a headset) as “lag.”

The internet comes in a lot of different forms, as there are numerous ways data can be transferred. Those of us born in the olden days are familiar with the 1990s theme song of the dial-up modem. Dial-up utilized phone cables to transfer digital information, though it was laughably ineffectual by today’s standards, delivering speeds of 12kbps (kilobits per second) up to a blistering 56kbps. As a reference, a 10-minute video on YouTube is about 160 megabytes, meaning it would take about six and a half hours to download on a high-end dial-up connection.

Most internet nowadays is delivered by fiber optic cables and coaxial cables, respectively. Coaxial cable uses an electrical current that travels along a heavily insulated copper wire to transfer data. Generally, it’s buried and reliable, but it’s not nearly as fast as fiber optic, which uses directed light that is bounced like a pinball down the interior of the cable. The inside of a fiber optic cable is reflective, and designed to keep photons from escaping until they reach their destination.

Neither of these forms of internet are common if you live out of town, like I do. Many folks have had to settle for satellite internet providers, which have earned a reputation for being slow, unreliable and limited by extremely tight (and quite frankly, unrealistically low) data caps, allowing you to download only a very small amount of data throughout the month before your provider begins to slow you down dramatically.

Additionally, satellite internet has traditionally been problematic for gamers, as it has a dramatic upload relay every time you click on something. This delay occurs because your modem is sending a radio signal to a satellite in orbit, which then relays your signal to up to four other satellites, which will be relayed to a ground station that processes your request, retrieves and sends the data back via the same relay.

The largest drawback of Starlink currently is the low number of satellites available. Around 800 Starlink satellites are orbiting Earth right now, which sounds like a lot, but in practice creates numerous and unpredictable outages that can last several seconds. This makes online gaming virtually impossible.

SpaceX CEO Elon Musk has stated that his goal is to have at least 42,000 Starlink satellites orbiting at once, which will smooth out the problems with sporadic disconnections, as well as bringing high-speed internet to corners of the world that don’t even have dial-up yet.

Additionally, this mega-constellation of artificial satellites can dramatically impede the pursuit of amateur stargazers, while also contributing to Kessler syndrome, which could potentially ruin our chances of ever becoming a spacefaring species… But that’s a topic for another day!