April 26, 1986, one of the worst human-caused disasters in history occurred. The reach of the Chernobyl disaster would be a benchmark for terrible things from then on, just like Three Mile Island and the series finale of “The Sopranos.” 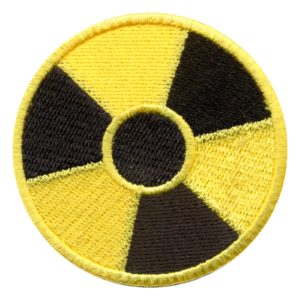 But even now, 33 years later, there’s a fundamental misunderstanding about how radioactive disasters occur and affect us. Even the HBO drama, “Chernobyl,” gets serious facts wrong about radiation.

In most nuclear-fear media, be it TV shows or movies or literature, there’s this idea that radiation is contagious like a virus and trying to infect and kill as many people as possible like some kind of invisible xenomorph running rampant in the wake of a disaster. Your buddy that went fishing for six-armed catfish in Chernobyl isn’t going to infect Sandpoint with radiation and cause a huge government lockdown.

Radiation is the energy given off a particle that is decaying to a more stable form, a natural process of all atoms. Everything from the dirt we’re sleeping on to the air we breathe gives off radiation, but it’s a tiny amount compared to something like refined plutonium. Our bodies are equipped to deal with average amounts of radiation in our environment from everyday encounters; we wouldn’t have evolved from single-celled organisms if we hadn’t learned to adapt a very, very long time ago. However, things like refined plutonium aren’t found naturally in the world, they’re generally made (or refined) by people with extremely limited exposure. These fast-decaying elements give off lots of radiation that’s capable of stripping electrons off other atoms, which begins to cause mutations in the cells of organic things.

I’m not talking cool mutations like shooting webs out of our wrists or getting superpowers. It’s more like getting cancer or having blood that clots while it’s still pumping through your body.

In normal, controlled circumstances, radioactive materials used for weapons or power generation are contained within a shell that can hold radiation and make sure it doesn’t spread outside of the shell.

The problem comes when something explosive happens. Radioactive materials are easy to track and contain if they’re coming from a small breach or a leak: You know where they’re coming from, and you can tell where they’re going. Stop the flow of the water and your radioactive material will just sit in that water. However, when something explodes, the energy of the explosion flings radioactive particulate matter into the atmosphere and from there you have no way to stop it from going wherever the winds take it.

That’s what happened with Chernobyl. There was an explosion, and as much as 5% of the core was carried by the wind, which contaminated a massive area. Once you have an event like that, the radioactive particles become part of the environment. Radioactive atoms get mixed with the atoms that make up dirt and plants, people walk through it and transfer it to their shoes, animals eat it and carry it with them for untold miles, it ends up in water that flows to other water and everything turns into a giant mess.

This is all very hard and scary to envision because it’s something we can’t see with our naked eye. Because we can’t see it, and because of what it does to us, we start to develop fear-fueled mythologies about how it works: that it’s contagious, that it gives us superpowers, all that stuff.

Once you start to imagine if we could see it, it becomes more understandable. Think about coal: Let’s say a huge coal plant were to catch fire and explode, but this isn’t any regular type of coal. This is a brand new coal that can give you cancer if you’re around it for too long. So there is a big disaster, and you see plumes of black smoke on the news, you see coal dust covering everything for a hundred miles around the plant, you see water running black two states away, animals covered in it and people in suits trying to scrub it away before being sprayed down by those full body hazmat showers.

It’s exactly the same thing, except you can see it now.

It’s not so scary when you can vision it, right? Or maybe I just wrote the screenplay to the next Greenpeace horror film, I’ll let you judge.

So if it can be so wide-spanning and scary, why do we even use nuclear power?

Under proper conditions, it’s relatively easy to contain. Chernobyl and Three Mile Island were not proper conditions. The respective governments at the time did what most panicked governments do in the wake of a disaster they caused through negligence — they turned public attention to the horror of the disaster. They should have been cautionary tales about the real effects of political corruption and negligence rather than the dangers of science, but I’ll leave that to the opinion section.

This is a huge and sprawling subject that can’t be contained to a summarized book report, one that’s clouded by a mixture of butt-covering mistruths and advanced science. If you want accurate facts about how radiation works and why it won’t infect you like a zombie virus, your first step should be at the Library. For such a small town, we have a really good physics section and an even better history section. Not sure where to start? I recommend going straight through the door and asking at the information desk. Even if the person at the desk doesn’t know about the subject, I guarantee you they’ll find someone that does.