Make your vote count in the May 17 primary election

With the primary election less than a week away, the Bonner County Elections office is gearing up to ensure that each ballot — whether cast through the absentee process, during early voting or at the polls on Election Day — is counted on Tuesday, May 17. 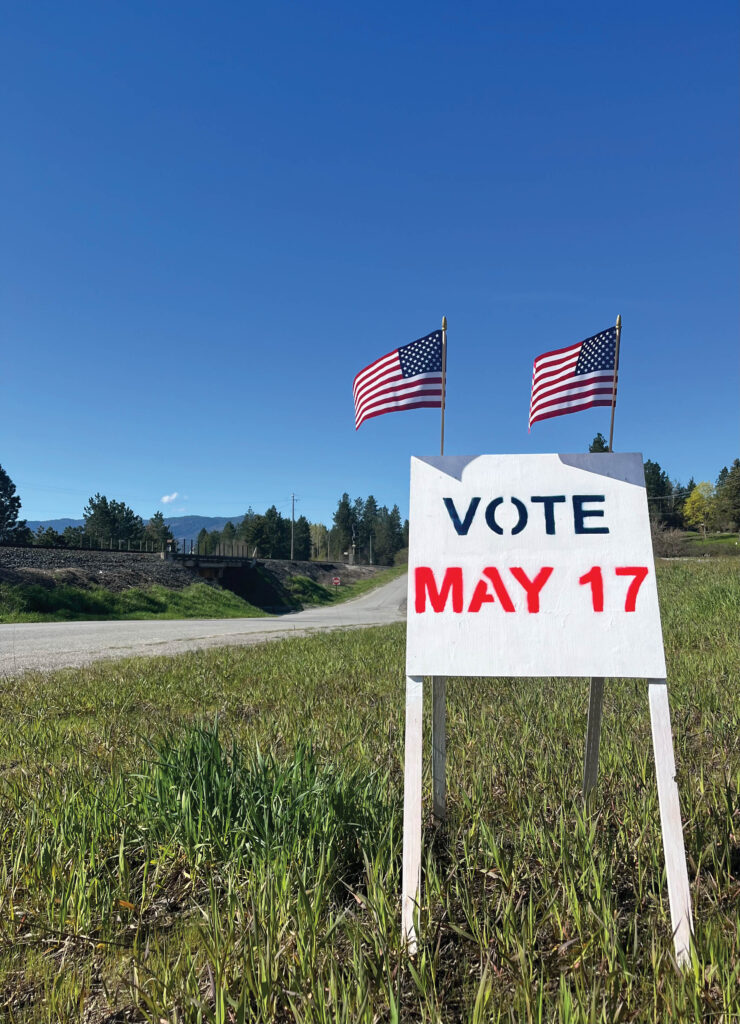 Regardless if voters requested their absentee ballot prior to the May 6 deadline, are planning to vote early at the Bonner County Administration Building (still happening on weekdays from 9 a.m.-5 p.m. through Friday, May 13) or are looking forward to visiting their polling place on Election Day, Bonner County Clerk Mike Rosedale wants voters to know: “It’s the exact same ballot.”

Of course, that’s true to a point. Because this is a primary election, the party with which you’re registered determines what ballot you’ll receive. That’s because, in Idaho, all parties have a closed primary aside from the Democratic Party. Those registered as “unaffiliated,” but who choose a partisan ballot on Election Day, will have their voter affiliation automatically changed.

Also important to note, Rosedale said, is that whatever ballot a voter selects on their absentee request form will be the ballot they’re “locked” into for the election.

As for those absentee ballots — don’t wait until the last minute to drop them in a mailbox. If an absentee ballot isn’t received by county elections officials by 8 p.m. on Election Day, it won’t count.

“If you have an absentee ballot, get it back in,” Rosedale said. “Don’t try to beat the clock at the very end.”

Also be sure to sign the back of your absentee ballot, he added.

A question Rosedale said he’s been asked recently regarding in-person voting — either early or on Election Day — is whether voters are allowed to bring another person or reference materials with them into the booth to help them vote. The answer: “Absolutely, you can.”

According to Rosedale, Idaho law says that voters may have anybody assist them that they want, and notes are allowed — as long as they’re cleaned up.

“You can’t leave anything [in the voting booth] because that is electioneering, and that is against the law,” Rosedale said. “Whatever you take in with you, take out with you, too.”

To see sample ballots, a complete list of polling places and more information regarding the May 17 primary, head to bonnercountyid.gov/elections.