This week’s topic was suggested by Kim Woodruff of Sandpoint Parks and Recreation. Thank you!

Some call the raccoon cute and cuddly. Others call it a nuisance. Personally, I like to call it a trash panda.

Despite this silly moniker, raccoons aren’t actually related to pandas or bears at all. They are part of the procyon family, and are more closely related to ring-tailed cats, which are confusingly more like squirrels or lemurs than cats. 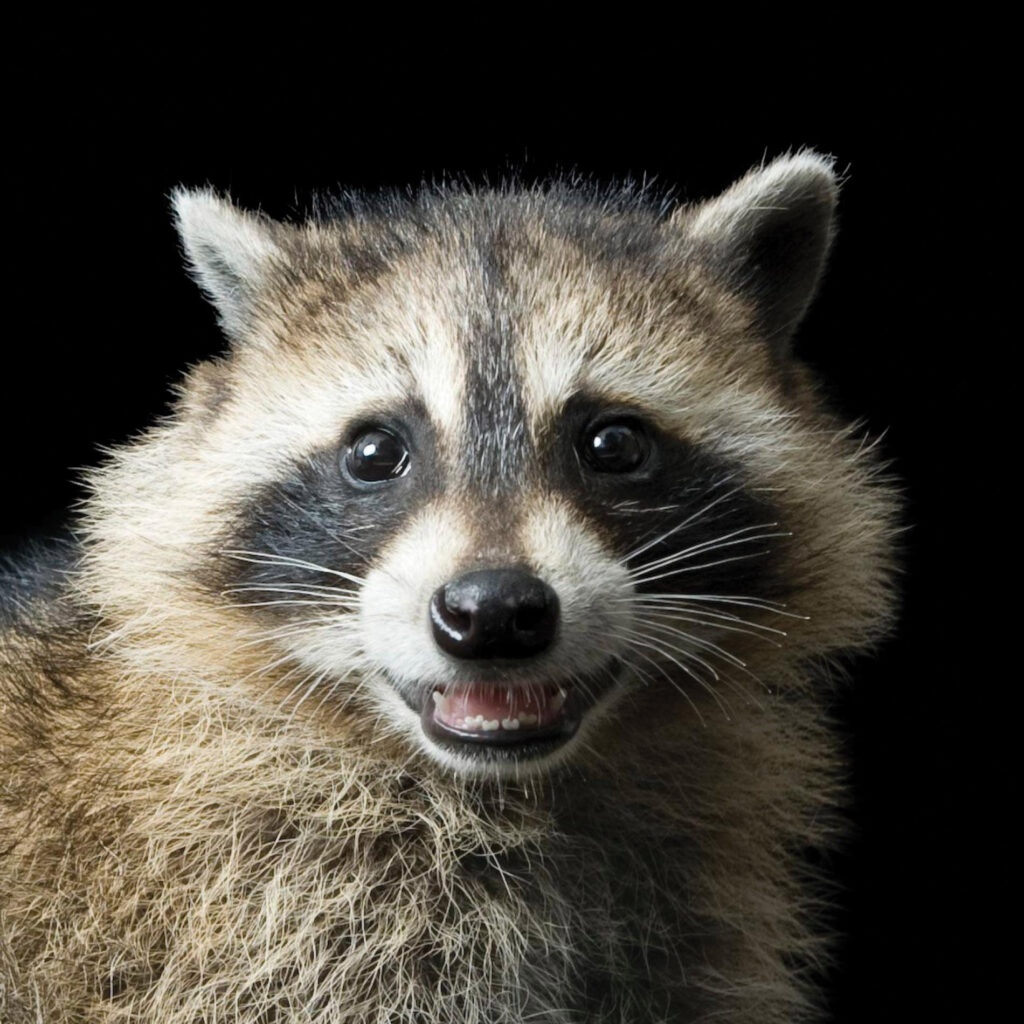 “Say cheese! Or coffee grounds, or anything in your trash, actually.” Courtesy photo.

As you have come to know from living around here, raccoons are nocturnal omnivores that will eat just about anything they can get their dextrous little claws on. Most frequently, this means our garbage, simply because it’s easy to get into, as well as being aromatic — trash may not have an appealing smell to us, but for an animal that needs to load up on as many calories as it can, it must smell like an all you can eat waffle buffet.

Despite their adaptability and prevalence in human society, they are a relatively new creature on the evolutionary tree, having emerged only about 10 million years ago. This is in contrast to animals like primates, which have been around for at least 55 million years.

You have probably seen multiple raccoons at a time and watched them comically scatter the moment you make eye contact. This behavior is generally only among raccoon families —  generally a mother and her kits. They aren’t particularly social creatures, but a mother and a nursery (a litter of kits) will stick to one another like glue for the first three months of life, until the kits grow large enough to venture out on their own. A female raccoon can birth as many as seven kits in a nursery after two months of pregnancy. Despite the short gestation period, raccoons will generally only breed once a year.

Winter is the hardest time of the year for raccoons. They will sleep (but not hibernate) for prolonged periods of time while their body uses stored fat cells to keep them alive through winter. During particularly long and difficult winters, a raccoon will often leave its den to search for food. This is why you may tend to see them more frequently in late January and into February, especially if you own livestock, as they will kill and eat birds as large as geese.

Despite their cute and cuddly appearance, you should never attempt to engage with a raccoon. They can be extremely aggressive and protective of their young. They are additionally equipped with extremely sharp teeth and powerful foreclaws that could easily remove tender human fingers. Yet the bad news doesn’t stop there! Raccoons, being scavengers, are prime vectors for diseases such as rabies and roundworm. You’ll live without those 35 Instagram likes, don’t take a selfie with the raccoon.

Raccoons are remarkably athletic creatures. They are capable of running up to 15 miles per hour and falling more than 10 times their body length without suffering injury. Pair this with their five-toed prehensile claws and a mouth full of sharp teeth and you have a sneaky backyard bandit that can get almost anywhere. They will often make dens in trees in the wild, so climbing up a six-foot chain link fence is simplicity itself.

Trees aren’t the only places a raccoon will call home. Any cavity that is large enough to comfortably fit them and shield them from the elements is fair game, be it a tree, a cave or the attic above your head. They seem to prefer higher places, likely because of the absence of humans and other predators. Despite their arsenal of natural weaponry, raccoons have a lot of predators in the natural world ranging from bears, foxes, wolves, cougars and even large owls. Most of those don’t venture into human settlements, which gives your neighborhood raccoon peace of mind.

Even though they’re frequently diseased, raccoons are obsessive neat-freaks. They are known for frequent grooming, and have been observed digging latrine pits near places they live. This is rare behavior in the animal world.

If you are suffering from a raccoon infestation, it’s probably time to call in professional help. If you’re not even sure where to start, ask a librarian. They can easily give you better advice than I can. What I can tell you is that you should never attempt to catch the raccoon without first consulting someone with some experience. If you’ve managed to trap the raccoon and are unsure about what to do now, there aren’t a lot of options available. Relocating wild raccoons isn’t legal unless you can irrefutably prove that it’s free of diseases — something no one with a pest problem will go out of their way to do.

A few ways to prevent raccoons from inhabiting your home is to buy secure or lockable trash cans when storing your garbage outside. Racoons, like myself, love an easy meal. If they have to spend too much time and energy trying to reach their food, they’re more likely to go bother your neighbors instead. Additionally, check your home (particularly your attic and basement) for breaches or gaps as small as six inches wide, as well as checking these spaces every few days, and cleaning them every couple of weeks. Increased human presence will usually make these denning sites too problematic for a raccoon, and it will look elsewhere for a home.