Being the elected leader of the United States has its perks. One of those perks is secrecy, and that means not everything in this article may be completely accurate, but the chances of finding someone who knows all of the facts of presidential travel isn’t going to tell you what is or isn’t true — and anyone who claims to will likely try to sell you on the merits of wearing a tinfoil hat.

The United States president needs to get around quickly and securely — the security of the head of an entire country is vastly different from the security needed to protect even the richest and most influential civilians in the world. A president’s transport needs to be able to survive potential gunfire, explosions, fire and even chemical attacks. 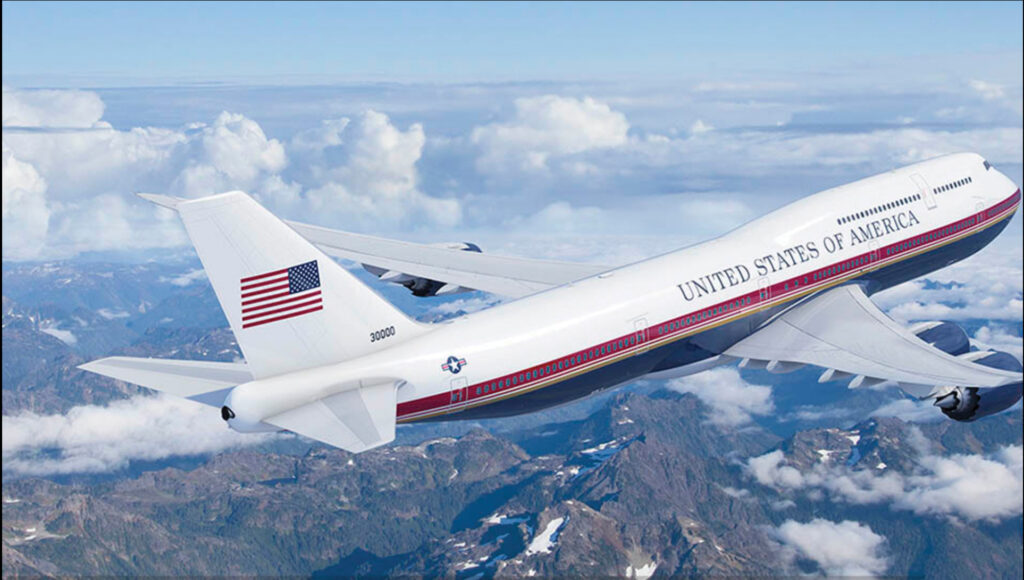 The two planes known as Air Force One are modified to act as mobile command centers for the president and his or her staff, including cutting-edge security and engineering to prevent loss of communication (or power) during an electromagnetic pulse, such as the kind that can occur after the detonation of a nuclear weapon.

Speaking of nuclear weapons detonations, the plane can theoretically survive a nuclear blast due to its reinforcement. It also has bulletproof windows and a countermeasure system to scramble the targeting systems of missiles and radio communications.

Air Force One stands out from traditional commercial flight in a lot of ways. One of these unique characteristics is that the plane has a fully functional and staffed pharmacy and infirmary on board in the event of a medical crisis. Given the average age of U.S. presidents at the time of taking office is 55 — with the two most recent being older than 70 — this should not come as much of a surprise.

What’s the deal with airline food? You’re told to enjoy your measly plastic pack of peanuts and $5 cup of water — something the president of the United States doesn’t have to endure. Air Force One is equipped with two fully functional galleys and staffed with the president’s own personal chefs, who can make anything the president and his or her staff requests at any given time. These chefs don’t get to clock out when the plane lands. While the president is bending the ears of international leaders, their own personal sky chefs go undercover at grocery stores to hand-select ingredients for the in-flight meals. They may actually visit multiple grocery stores for the same items as a security precaution.

Save your judgment at the checkout line when someone’s ahead of you pushing two full carts — either soccer practice just let out, or they’re a secret government chef feeding the president.

The president doesn’t always travel by air. The presidential state car, often referred to as “The Beast” and “Cadillac One,” is a specially designed limousine with all the bells and whistles. Though it looks like a Cadillac on the outside, it’s a truly different monster under the hood, sitting on a GM truck frame with a diesel engine, bulletproof plating and five-inch thick windows capable of stopping most projectiles. Additionally, The Beast is hermetically sealed, making it impossible for hostile operators to attack the president with gases, liquids or any other form of chemical attack.

It also weighs up to 20,000 pounds, which is almost as much as a 26-foot box truck that is fully loaded.

Did I mention the door handles might be electrified? I don’t know about you, but I don’t plan on testing the accuracy of that statement.

One of the more unique features of Cadillac One is that it’s also stocked with bags of blood matching the president’s blood type, and all the tools required to make a transfusion on the go, in the event that the vehicle is breached by something like a series of explosions.

Similar to Air Force One, Cadillac One is not a singular vehicle, but a number of similarly constructed vehicles that may be deployed simultaneously to keep the president’s location a mystery while he or she is on the move.

In case you were hoping for a Cadillac One of your own, you’d better be ready to shell out a number of former presidents of your own: The price of the fleet was believed to be somewhere around $16 million. That’s like a down payment for a studio apartment in Malibu!

Now, if you’re looking to purchase one of these planes for yourself to match your new limousine, you’d better be ready to shell out about $366 million, not counting shipping and handling, as well as a flight crew.

I think I’ll stick to my RC drone.