Full disclaimer: This is not the article to read three spoons into your yogurt.

The human body is gross, or so we’re programmed to believe. A primal fear surges through us when we see blood. Blood is a big red warning sign that something terrible has happened, and when our brains process that we’ve seen it, they make a mental note to avoid what caused the blood to appear. 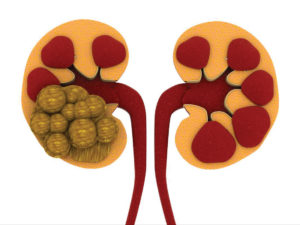 It’s that same rush of primal fear that fuels our fascination with things like bloodsport and violent media. Watching two people wail on each other until one drops is dramatic, terrifying and exhilarating.

By the same token, the human body is basically a machine with moving parts designed to accomplish certain tasks. Blood vessels work similarly to hydraulics in a tractor or backhoe, increasing liquid pressure to exert force, while also being equipped to seal breaches and maintain pressure via coagulation. Pain is our body’s way of saying, “Hey, something is wrong, inspect this site and don’t do that again!”

With that in mind, let’s look at some really weird medical cases from our near-history!

In 2018, a 36-year-old man was in the hospital suffering from heart failure. He was on a machine that helped his heart pump blood to keep him alive. Unfortunately, these kinds of machines also increase the chance of blood clots forming in the body. To counteract this, doctors put him on a blood thinner, which also makes someone more likely to bleed internally or externally. The unexpected side effect was that the man coughed up a lung; rather, a large blood clot that was molded into the shape of his right bronchi. Gross as this may have been, it was also an extremely rare glimpse into the interior of the human lung and showcased the odd versatility of our own blood.

Speaking of gross liquids, the urinary tract is our body’s way of eliminating toxins via plumbing. Our kidneys pull toxins from our blood stream, store them up and release them through the ureter, which connects to the bladder which connects to, well, you know. A 43-year old man in Qatar had an unusual affliction called a calcified bladder. This is exactly what it sounds like: your bladder wall becomes calcified, like bone. This happens more than you’d think from a parasitic infection around the world called Schistosoma, caused by waterborne snails we talked about a while ago. The calcification happens as an immune response from the body trying to attack the snail eggs in the bladder. If you’ve ever had a kidney stone, imagine having one sitting inside of you two to six inches long.

Interestingly enough, when most people think about kidney stones, they imagine the most painful part being trying to pass it. You’re essentially trying to urinate a rock. The reason for the pain has nothing to do with what the rock is scraping against, it’s because it’s causing a backup of fluids in the ureter between the kidney and the bladder. If you put a giant blockage on a firehose that the water couldn’t move, eventually the water would start to blow out the sides of the hose. If that hose is surrounded by nerves, well… There’s pain for ya’!

Tumors are bad business. They’re most often associated with cancer, but they’re not always caused by that. Sometimes, our genes just go haywire and start growing tissue where it doesn’t belong. In the case of a toddler in 2014, that included a brain full of teeth.

Apparently, it’s not uncommon for tumors to grow teeth. For this kid, the tumor was growing inside of his brain and contained several teeth that looked to be the early stages of a lower jaw forming. The doctors were able to remove the tumor and the teeth, and the kid made a full recovery and has one hell of a story to tell at bars in couple of decades.

Everyone loves soda. We hear about how unhealthy it is for us, but we drink it anyway. Soda plays directly into our brain’s reward system. Sugar is our brain’s reward for just about everything, and it may have been one of the reasons we achieved sentience (scientists have traced key points of human evolution to when we started consuming fruit as a dietary staple, as well as growing it agriculturally.)

So what happens when you drink nothing but soda for 15 years?

For one thing, your teeth rot out because most dark colas have enough acid to clean corrosion off a battery terminal, but it also pulls potassium from the rest of the body to process stools. The caffeine also blocks potassium reabsorption and eventually the body will start to suffer from heart problems, becoming light-headed, high blood pressure and diabetes.

A woman in Monaco found that out the hard way, but she recovered to full health after completely cutting soda from her diet after one week.

Now that I’ve ruined your lunch break and the 2 o’clock diet soda, I’m going to retreat to my evil mad scientist lair and find new ways to ruin everyone’s life in interesting and informative ways!