The Lake Pend Oreille School District has an almost 20-year history of failing to provide equal athletic opportunities for female students, according to a Title IX complaint filed July 8 with the U.S. Department of Education Office for Civil Rights in Seattle.

Allegations in the complaint specifically focused on the federal law’s “three-part participation test and accommodation factors,” with which the complaint alleged the district has not complied going back to 2002.

The “three-part participation test” considers whether opportunities for participation between male and female students are proportionate to their number of enrollments, whether an educational institution can demonstrate a history of efforts to expand athletic programs in response to the “interest and abilities” of underrepresented student groups, and whether students of an underrepresented sex are being “fully and effectively accommodated by the present program.” 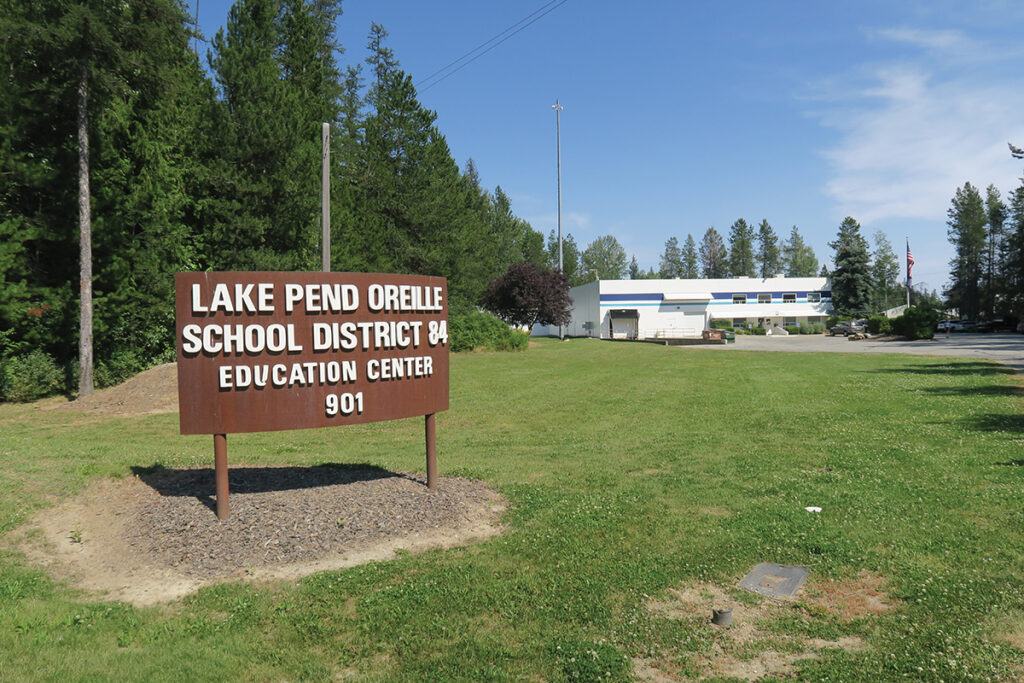 The numbers presented by the complaint show a disparity in female student athletic participation from 2015 to 2018 at Sandpoint High School. In the academic year 2015-’16, male students made up 49.18% of the student body but 63.47% participated in athletics, compared to females representing 50.82% of the student population yet only 36.53% involved in sports — a difference of 14.29%.

In the 2017-’18 academic year, that disparity narrowed to 9.8%, but still indicated a systemic inequality, cited simply in the complaint as: “the opposite of a history and continuing practice of program expansion.”

District officials in a July 12 statement to the Reader wrote, “LPOSD recognizes the importance of interscholastic activities for all students interested in participating, and we work diligently to ensure that all sports teams, regardless of gender, have fair and equal sports opportunities.”

The complaint alleges that LPOSD’s reported female sports participation has been “padded with cheerleading and dance activity numbers.”

“Cheerleading does not qualify as a sport without full benefit of all equal opportunity factors provided for the district’s other interscholastic sports,” the complaint stated.

Meanwhile, Sandpoint Middle School in 2021-’22 added boys’ junior high football to its program without even bothering to conduct a survey of interest and while neglecting to create any commensurate program for female students “in the same no-survey fashion.”

“There is no reason to assume that women at Sandpoint High School and Sandpoint Middle School are less interested in sports than males, or those female students at other schools in the competitive region compete in those sports,” the complaint stated.

As far as “accommodation factors,” the complaint presented a list of disparities, from quality of uniforms, equipment and facilities; to practice and game scheduling; marketing; funding; and essentially every other aspect of interscholastic sports.

SHS football, in particular, is a problem according to the complaint: “Substantial Booster Club funding and gate revenue flows into the boys’ football and athletic programs unaccounted for and unchecked by the LPOSD that are not made available to the public for inspection nor do those funds equally benefit female sports.”

As well, supplemental contracts for boys’ sports coaches “far exceed the overall compensation provided for girls’ sports,” and the complaint alleges that local media fawns over boys’ sports in a manner that neither is “attempted or fostered by the LPOSD athletic directors or administration.”

Should the Seattle OCR office investigate the district — citing documents regarding similar complaints dating to 2002 — it would “take all necessary steps to remedy any unlawful conduct identified by its investigation” and, if violations are found, the office would withhold “all federal funding until such time assurances of compliance with Title IX from all schools in the district has been met.”

LPOSD officials in their statement to the Reader wrote, “This school district believes that extracurricular activities play an important part in the development of our students, and we will continue our efforts to create positive experiences for all our students. LPOSD is aware of the complaint, and if the office of civil rights does undertake an investigation, LPOSD will work with OCR to address its concerns.”