Although Tina Friedman has traveled to 34 countries and immersed herself in dozens of distinct cultures, nothing quite prepared her for India. 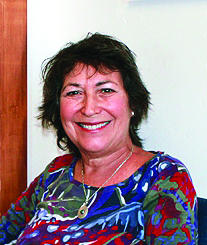 The people she met, the experiences she had and the pictures she took resonated deeply with Friedman, a local author and photographer. While the destination tested even her considerable travel experience — transportation is difficult to arrange, traffic is chaotic and the country is famously crowded and polluted — the stunning locations and generous people made it a journey well worth taking.

“If you go without any expectations of how things should look, and your heart is open in a loving way, you will receive so much in return,” Friedman said.

When planning her upcoming book “Faces: The World and I,” a meditation on her world travels captured in the people she met along the way, Friedman knew she couldn’t neglect India, the second-most populous country in the world. However, her method is to travel solo, and friends warned her it was a difficult country to tackle alone. That plus a health issue prompted Friedman to put off the trip, but once she resolved those issues, she was ready for a new challenge.

“I felt so energized afterwards, which gave me more emotional and spiritual strength as well,” she said. “And I felt it was time to complete my book of the photos I have taken over my lifetime — of faces from around the world.”

From the chanting of monks in a monastery at the Himalayan foothills to the splendor of the Taj Mahal, the sights and sounds of Friedman’s trip were among the most amazing she’s experienced. But it was the people that made the trip truly unforgettable.

“Most of the people that I encountered in India and all the other countries I’ve traveled through are very friendly, loving and hospitable,” Friedman said. “In India, people continuously invited me into their homes (or huts) for a cup of Chai — and it didn’t seem to matter that we didn’t often speak the same language. We always found a way to communicate.”

In one memorable moment, a perfect stranger even approached Friedman on the street and kissed both of her cheeks. It was an unexpected kindness that resonated deeply with her. 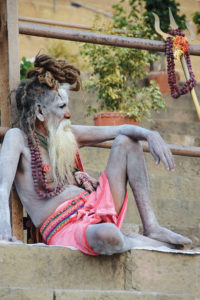 Over the course of her travels, local photographer Tina Friedman captured many faces of Indian residents, which she intends to publish in a forthcoming book. Courtesy images.

“I was so shocked, so I kissed her back — and felt my heart expand into such a loving place!” she said.

Friedman, who is well-known in town for her coffee table book “Sandpoint: A Small Town with a Big Heart” that raised money for six local nonprofits, will break down her six weeks of travel through India at a series of Sandpoint library presentations. The presentations will take place in the new meeting room and will feature both stories and photos from the trip.

“I would like for people to learn that our world is not so scary as it’s made out from the media,” Friedman said.

Part one will take place Wednesday, June 20, from 4-6:30 p.m. and Saturday, June 23, 2-4:30 p.m. It will cover the following locations: Sikkim, the foothills of Himalayas; Varanasi, the spiritual city of India; Agra, the location of the Taj Mahal and Jaipur, the 10th most populous city in the world known for its pink color scheme. Part two will take place Tuesday, June 26, from 4-6:30 p.m. and Saturday, June 30, from 2-4:30 p.m. It will cover the following locations: Pushkar, the site of the famous Pushkar Camel Fair; Udaipur, which houses many historic forts and palaces; Jaisalmer, the so-called Golden City which features the Jaisalmer Fort and Camel Safari and Amritsar, the city known for its Golden Temple.