Local law enforcement are still in search of a Sandpoint man who went missing last week.

Despite following up on several leads and pinging his phone to pinpoint a location, authorities have so far found no signs of David Xanatos, who went missing in the Clark Fork area last week. The search continues with both ground- and flight-based efforts. Detectives are working with the county prosecutor to secure phone and financial records for possible new leads, while helicopter patrols over the Clark Fork region are attempting to spot Xanatos’ vehicle. His information has also been placed into a nationwide database, and regional law enforcement agencies have been notified. 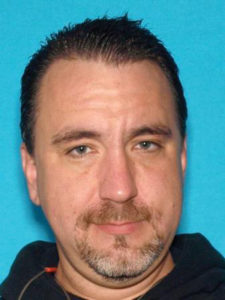 According to the sheriff’s office, Xanatos is known to drive a few different vehicles, but the only one that remains unaccounted for is a 1988 blue Chevy pickup with a 7BL6090 plate number.

Xanatos is six feet, three inches tall, weighs about 244 pounds and has hazel eyes and brown hair. Anyone with information about his whereabouts should call Bonner County Dispatch at 265-5525.