By Luke Malek
Special to the Reader

As sure as you see the jack-o-lanterns appear on porches around your neighborhood, fall is in the air, and with it comes Election Day. While much of the nation is focused on the 2020 presidential contest, voters should not lose sight of what’s at stake closer to home this election season. 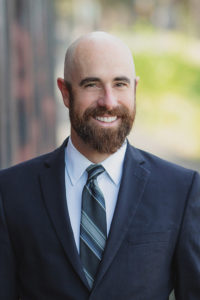 North Idaho communities have the chance on Nov. 5 to determine our future, choosing leaders to help us navigate important issues like economic development, housing, sewage and snow management, transportation and zoning. The nuts-and-bolts issues of city and county government are decidedly less glamorous than Medicare for All or building the wall, but I believe America’s true greatness lies in democracy at the local level.

Growing up, my parents modeled for me the importance of voting in every election, not just in presidential years. I remember going with my mom to the Odd Fellows Hall in Post Falls, standing in what felt like a very long line for a third-grader, waiting for our chance to enter the booth. My parents often spoke about why voting matters, and my siblings and I got the impression that voting wasn’t a choice, it was your obligation as an American.

As a politics major in college in the early 2000s, I realized that my view was sadly idealistic. Many Americans — including Idahoans — shirk their responsibility to vote, especially in non-presidential elections. I was shocked that in a community like Coeur d’Alene, of about 50,000 people only a couple thousand citizens take the time to cast ballots. A small minority of voters often decide crucial local elections that shape our kids’ education, the quality of our libraries, how we access health insurance and the future of our public lands.

I narrowly won my first re-election campaign to the Idaho Legislature by around 100 votes. That’s why, when people tell me their votes don’t matter, I strongly beg to differ. Your vote actually matters more in local elections than national ones, though I believe all of us ought to vote in every election, off-year, school bond or presidential. There’s no sitting out when it comes to preserving our democracy.

Local elections are where America’s system shines brightest because big money and special interests don’t drive the outcome. Local candidates, including those we see running for city council positions in Coeur d’Alene and Sandpoint right now, are single moms and small business owners, renters and homeowners. Rarely do local candidates have the budget to purchase an expensive campaign strategy. They are real people who campaign the old-fashioned way, talking to neighbors and attending community events.

But democracy is only as strong as the level of participation it draws. The great observer of the fledgling United States of America, Alexis de Tocqueville, wrote: “Nothing is more wonderful than the art of being free, but nothing is harder to learn how to use than freedom.”

Nothing is more telling of how we value freedom than how we exercise it on Election Day, and the data on how Americans vote is frankly depressing.

According to the nonpartisan election reform nonprofit Fairvote, low turnout is most pronounced in primary elections, off-year elections for state legislators and local elections. A 2013 study of 340 mayoral elections in 144 U.S. cities found that voter turnout in those cities averaged under 26 percent. In many cities, mayors have been elected with single-digit turnout. During Idaho’s last odd-year election, the state population was just over 1.7 million. That translated into under 800,000 registered voters, but in some counties, as few as 17% of those registered voters actually cast a ballot.

One reason for hope is that young people, including those often scapegoated Millennials, are voting more often in off-year elections than those who preceded us. Voters who identify as part of Gen Z, Millennial or Gen X demographics voted in higher numbers in the 2018 midterms than any other group. According to Pew research, Millennials and Gen X combined cast 21.9 million more votes in 2018 than in 2014. In the same period, the number of eligible voters who were Millennials and Gen Xers grew by 2.5 million, in part because the number of people who became U.S. citizens exceeded the number of people who passed away.

Anecdotally, I’m heartened to see more young Idahoans getting involving on locally appointed boards and commissions. From planning and zoning to historic preservation, the local fair or a library board, I’m always surprised how often these important, policy-shaping bodies have vacancies. Not only is serving on a board or commission a great chance to learn how local government works, but it is a perfect training ground for future city council or mayoral candidates who want to get a taste of policy-making.

Whether you choose to participate in what makes America — and Idaho — great by volunteering your time on a board or commission, running for local office or simply casting a ballot and reminding your friends and family to do the same, don’t stand on the sidelines this Nov. 5. Early voting is on now through the Friday before Election Day, and voters can locate their polling place in Kootenai County at kcgov.us/301/Absentee-Voting or in Bonner County at bonnercountyid.gov/elections.

North Idaho is counting on you to participate and use your freedom for the greater good of our local communities.

Luke Malek is a founding attorney at Smith + Malek, PLLC and a former Idaho legislator. He and his wife, Tara Malek, split their time between Coeur d’Alene and Sandpoint.