With weeks running out before the primary election, District 1 Congressional candidate Dave Leroy is optimistic about his potential path to victory. 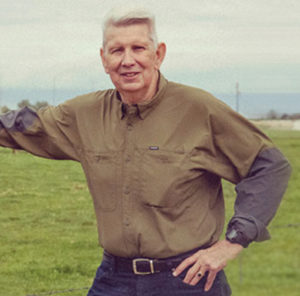 In a visit to Sandpoint last week, Leroy spent his time meeting with voters and detailing his vision for representing Idaho in Congress. Although he’s running in a packed race against a multitude of Republican candidates, Leroy is confident he has the experience and conservative principles he needs to succeed in Washington, D.C.

“I’m a goal-oriented person,” he said in an interview with the Reader. “… I want to get beyond the rhetoric and go to the solutions to these problems (our country faces).”

There is no shortage of candidates pursuing the seat in the U.S. House. In addition to Leroy, Russ Fulcher, Alex Gallegos, Nick Henderson, Luke Malek, Christy Perry and Michael Snyder are seeking the Republican nomination for the general election. Despite the tight field of competition, Leroy said polls show him in the lead among likely Republican primary voters, with Fulcher garnering the next highest amount of support.

When arguing his qualifications for candidacy, Leroy said it all comes down to one simple element: experience.

Leroy positions himself as a constitutional conservative who aims to tackle immigration reform, Congressional term limits and regulation and tax cutting. Leroy is particularly concerned with immigration, recently traveling to the U.S.-Mexico border and talking with local police chiefs and sheriffs about their experiences in law enforcement.

“The last time we had comprehensive immigration reform, The Beatles had a number-one record and we had not put a man on the moon yet,” Leroy said.

Should he win the Republican nomination and be elected into office, Leroy sees himself being a partner to President Donald Trump in passing conservative legislation. He sees Trump as an agent of change in Washington, D.C., and lauds his cutting of federal regulations.

“I would try to put in front of him conservative legislation in this time when we are lost and troubled in national policy,” he said.

Leroy’s hope is to get appointed to the House Judiciary Committee if elected to Congress. He believes that getting a handle on the deficit is a matter of national security and is also concerned about respect for the rule of law in today’s public policy.

“I’m a constitutional conservative who has all my life respected the rule of law,” he said. “A lot of what we’re doing today in Washington is inconsistent with the Constitution and rule of law.”