By Philip A. Deutchman
Reader Contributor

Would you think that language has anything at all to do with sound, rhythm or musicality? Take English, for example. It has been my empirical observation over the years that the English language has been regressing, either by a deadening repetitiveness, misuse or battering of words, and a falling into vagueness as well as aural dissonance. 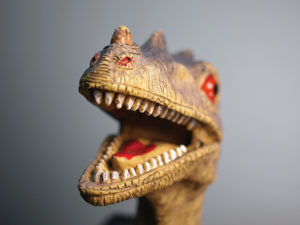 It started for me a while ago when I first heard some administrators, corporate leaders and CEOs say: “We are excited to ‘grow’ our business.” Excuse me. This is a misuse of the word “grow” and is rather vague.

Having lived in an agricultural state for some time, what we do grow is hay, wheat, corn, lentils, soybeans, potatoes and trees. What does “grow our business” mean? What kind of fertilizer would you use? Do you mean to expand or improve your business or both? Please be more specific. To me, this word seems to be part of a linguistic takeover of the family farm by large, corporate interests.

Next comes the following demeaning, journalistic, abomination-sounding acronyms: POTUS (president of the United States) and worse, SCOTUS (Supreme Court of The United States). The first acronym sounds and reads like a hand-cut sign hanging on an outdoor privy in the countryside. The second one has the same function, except it would be found in Scotland. What could possibly be next? — SCROTUS (special counsel for the rectus of the United States)?

Oh! Let’s not forget the political strategists who try to make what they do sound sophisticated and complicated — a choreography of nuance. They like to say: “When we do the political calculus for …” Calculus? It’s not calculus! It’s neither differentiation nor integration. It’s not even algebra. It’s just arithmetic. The polls go up or go down and you simply add or subtract. At a stretch, one might refer to the process as a political “calculation.” Incidentally, the Latin root for calculation is calx or limestone. So, these strategists are simply moving little calcium pebbles around, piling them up in little heaps on the ground, making some heaps bigger and some heaps smaller.

We proceed now toward greater violations of language musicality via the process of taking a noun, such as “task,” and twisting it into the tortured verb, “tasked.” For example: “He was tasked to clean up behind the parade of circus elephants.” Isn’t it bad enough that we already have the clattering words “asked,” “masked” and “basked”? With “tasked,” not only are you beginning to choke but your teeth clamp together, preventing the blockage from coming out. My suggestion is that instead of the word “tasked,” how about the already existing and pleasant-sounding word “assigned.” For example: “She was assigned to lead the parade of circus elephants.”

OK, OK, I know it sounds French, but, perhaps one of the silver linings that might be found in the Norman conquest of 1066 was the infusion into English of softer, French sounds. If we must regress, could we at least return to Chaucerian English, which is most decidedly poetic and musical?

Continuing on, in the reverse direction, pundits will take the adjective “demographic” and blatantly convert it into a noun, with not even a change in its spelling, as in: “I don’t understand this demographic.” Help! I’m left hanging in space. It needs a noun. Does it mean demographic sector or demographic change? I get this same feeling when watching Wile E. Coyote race out beyond a vertical cliff, pursuing the Road Runner, who then simply sidesteps his pursuer. We know that it will all go down from here on in. Also, I include for derision the pluralized adjective, “hypotheticals.” Because of its plural nature, one gets the feeling of falling over a series of vertical cliffs.

I know this is supposed to be a “hip-valley-talk-filler” with no content, but, like, really? As a theoretical physicist, I’d also gently caution that if the number density of the like-words gets high enough and reaches criticality, the sentence itself could suddenly and implosively collapse into a grammatical black hole!

If I may, then, I wish to paraphrase freely from the classic, cult-movie Repo Man. There’s a clip in which, beneath an overpass while burning material in a rusty 55-gallon oil drum for warmth, the transcendental mechanic Miller (Tracey Walter) explains to Otto (Emilio Esteves) why he doesn’t want to learn how to drive: “The more you drive, the less intelligent you are.” So, paraphrasing, I would say: “It seems like the more we speak, the less melodious we become.”

In summary, patient reader, I will end this treatise on an up-note. Be glad it wasn’t written by a crotchety, grumpety, old English prof.

Philip A. Deutchman is a Sandpoint resident and retired professor of physics.