As the community grapples with unprecedented population growth and a general sense of change around town, it appears that one piece of Old Sandpoint won’t have to: the Pine Street Sledding Hill, which friends of Kaniksu Land Trust are officially under contract to purchase from the Weisz family. 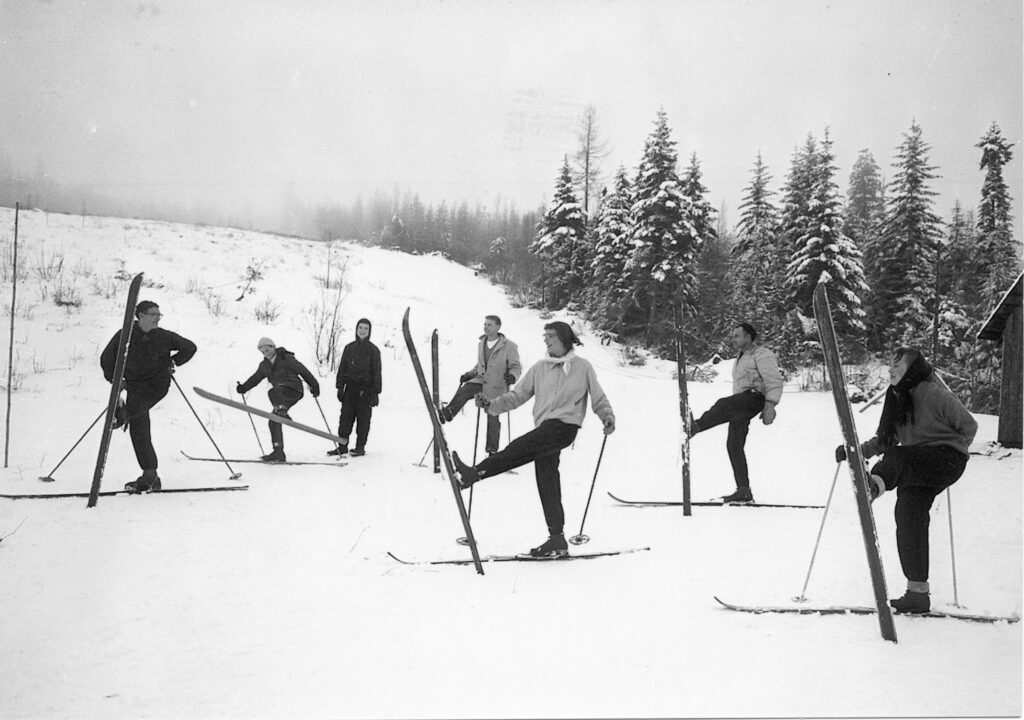 According to a KLT media release issued March 25, the arrangement will “allow the community time to fundraise for the eventual purchase of the property,” which includes 48 acres of forest, meadows, a pond and structures associated with the homestead. The most iconic element of the parcel is the sledding hill, which for nearly a century has served as a gathering place for locals looking to catch some downhill speed — and sometimes air — with their sleds.

The Weisz family, which sold 160 acres of its property to KLT after a years-long community fundraising campaign to establish the Pine Street Woods, closed the hill last year due to liability issues.

“It brought tears to my eyes to close the Pine Street Sledding Hill down,” Gary Weisz told the Reader in January 2021. “So much heartfelt regret in doing so, but I guess it is just the end of an era and another part of Bonner County history that silently slips through our fingers.”

When the property went on the market last fall, KLT announced plans to purchase it.

“Historic farmsteads such as this are disappearing at an alarming rate,” said Regan Plumb, KLT conservation director, at the time. “This one in particular, which serves as the gateway to Pine Street Woods, is very special. KLT is doing everything possible to acquire this land in order to conserve it and to share it with our community.”

In the event that the property could be successfully conserved, KLT officials stated that it would “augment the community benefits of Pine Street Woods” by providing new ways to access existing PSW trails, new spaces for educational programming and possibly a dedicated home for Kaniksu Lumber operations.

On March 25, KLT announced that those plans are near fruition.

“This is such a win for our community. We are so grateful for the support of our partners,” said KLT Executive Director Katie Cox. “What we have needed all along the way is time and having the property under contract and secure now gives us that. The work ahead of us is going to take the entire community. We know that together, we can do it.”

According to the media release, the property is not fully protected until KLT is able to purchase it outright. Next will come fundraising efforts, as the conservation group has 18 months to raise the necessary money. KLT will share more in the coming weeks and months on how the public can participate in preserving the sledding hill property.

“We are grateful to all of our friends who have been supportive in many ways through this process,” KLT officials shared. “Stay tuned to learn how each of us can share in making this project happen.”

To follow along and learn more about KLT, visit kaniksu.org.